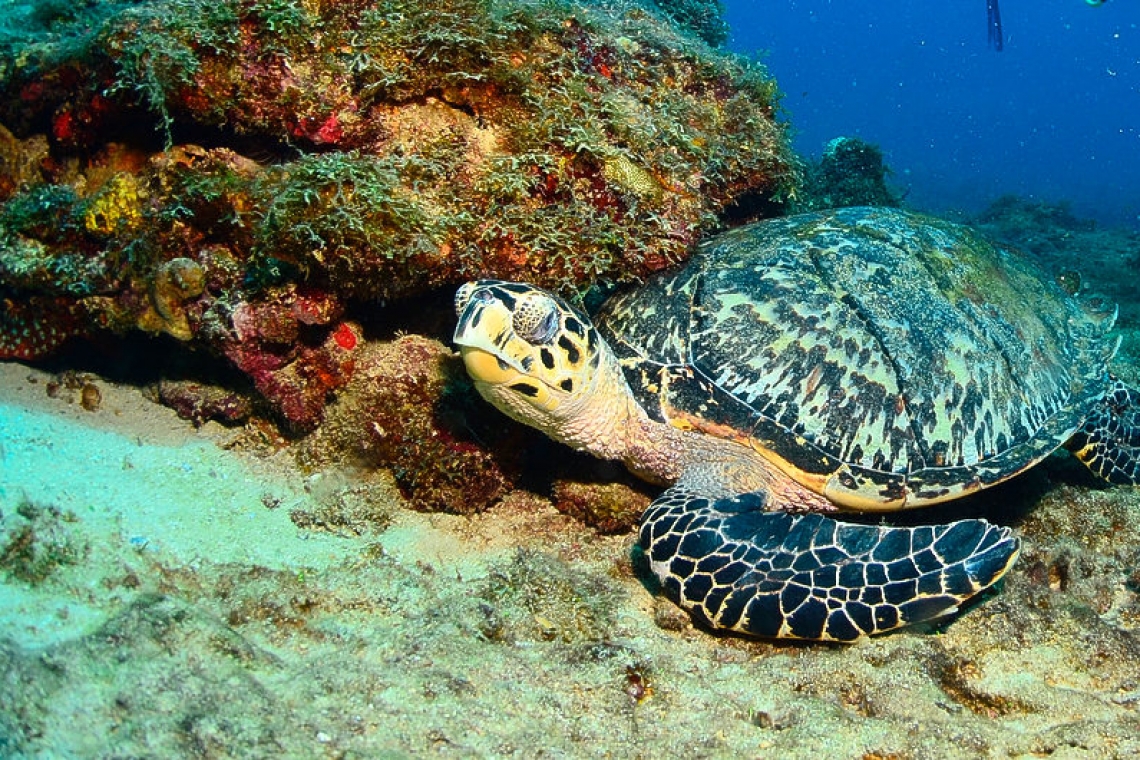 Welcome back to Nature Foundation’s Sea Turtle Series for The KID’S Herald! This week, we will be covering the two most commonly spotted sea turtles on Sint Maarten, the Green Sea Turtle and the Hawksbill Sea Turtle.

These turtles actually get their name from the green colour of their body fat – this comes from their herbivorous diet of primarily sea grass! Green sea turtles can grow to be quite large, reaching over a metre long (that’s 3 to 4 feet)!

The largest green sea turtle recorded so far was 1.5 metres (5feet) in length and weighed almost 400kg (880lbs). These turtles are probably the most common in the waters of St. Maarten.

Here are some interesting facts about green sea turtles:

These turtles are easily identifiable due to the shape of their beak which is pointed and “hawk-like”. They are also known to have a beautiful and brightly coloured shell, which has led to them being hunted and used in “tortoiseshell” products.

Of all the species of sea turtles, the Hawksbill is at the highest level of threat, currently they are listed as Critically Endangered by The International Union for the Conservation of Nature (IUCN). This means that this species is facing an extremely high risk of becoming extinct in the wild.

There are several things that make Hawksbill sea turtles unique. Here are a few of our favourite facts about them:

Now that you know more about these amazing species how about some tips on what you can do to protect them?