PHILIPSBURG--Franklin van Gurp is the second St. Maarten-born ballplayer to make the Dutch national baseball team that is headed to Mexico for the Olympic qualifier tournament.

Van Gurp has represented St. Maarten on the Dutch team in the past but was questionable for the Olympic squad due to injury,

Van Gurp is in the Netherlands rehabbing and training with the Dutch team. Like Denzel Richardson, the other St. Maarten-born player on the squad, Van Gurp played youth baseball on the island, first in Pony League and then in Little League.

In 2006 the pair played for Sunset Theatre team. Richardson was the team’s best batter with an average of .593 from 35 plate appearances. He had five singles and 10 doubles. Van Gurp was a close second with a .583 average, recording 10 singles and four doubles.

Van Gurp would later move to the Dominican Republic. He continued playing ball and was still a catcher during his freshman year in college in Florida.

In 2017 the Florida International University pitcher was drafted by the San Francisco Giants. Shortly after turning pro, he returned to St. Maarten for a visit, He looked up his old coach and talked to the future prospects. He told the children it is hard work, dedication that takes you far in life and in baseball.

The Giants traded van Gurp to the Padres in 2019. Due to injury and the COVID-19 pandemic, van Gurp was released from the Padres in March of this year and is now a free agent,

He hopes the exposure during the Olympic qualifier tournament will help him back into the minor leagues and then on to the Majors.

Despite the setback van Gurp, at 6-foot-1 and 225 pounds, remains optimistic.

“I have developed a change up,” smiled van Gurp. “The slider has been my best pitch, but this new change up, in my opinion is even better. It has helped me put away lefties.”

He continued, “my off speeds are pretty much my put away pitches.”

“I’m looking forward to helping the Netherlands win (the Olympic qualifier tournament) and pitch in the Olympics,” said van Gurp.

The Netherlands is headed for the Olympic qualifier games in Mexico next week. They will face Chinese Taipei, Australia, China Venezuela and Dominican Republic. Only one team will advance to the main draw in Japan next month.

Already set for the six team Olympic competition are host

“From there my future is bright. As long as I stay healthy, I am moving forward,” said van Gurp. 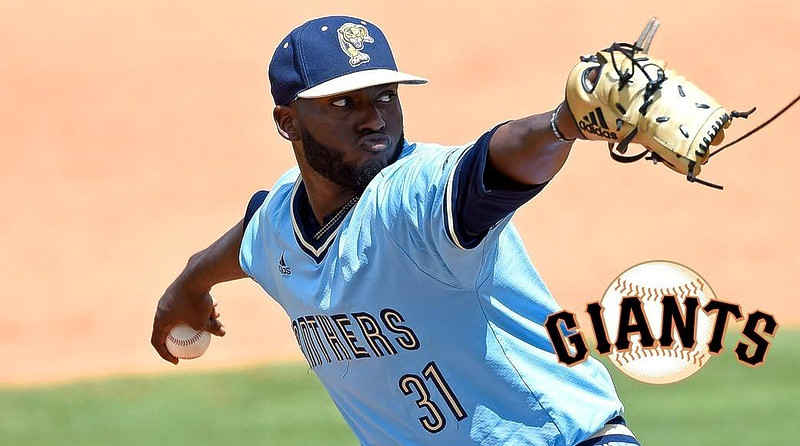