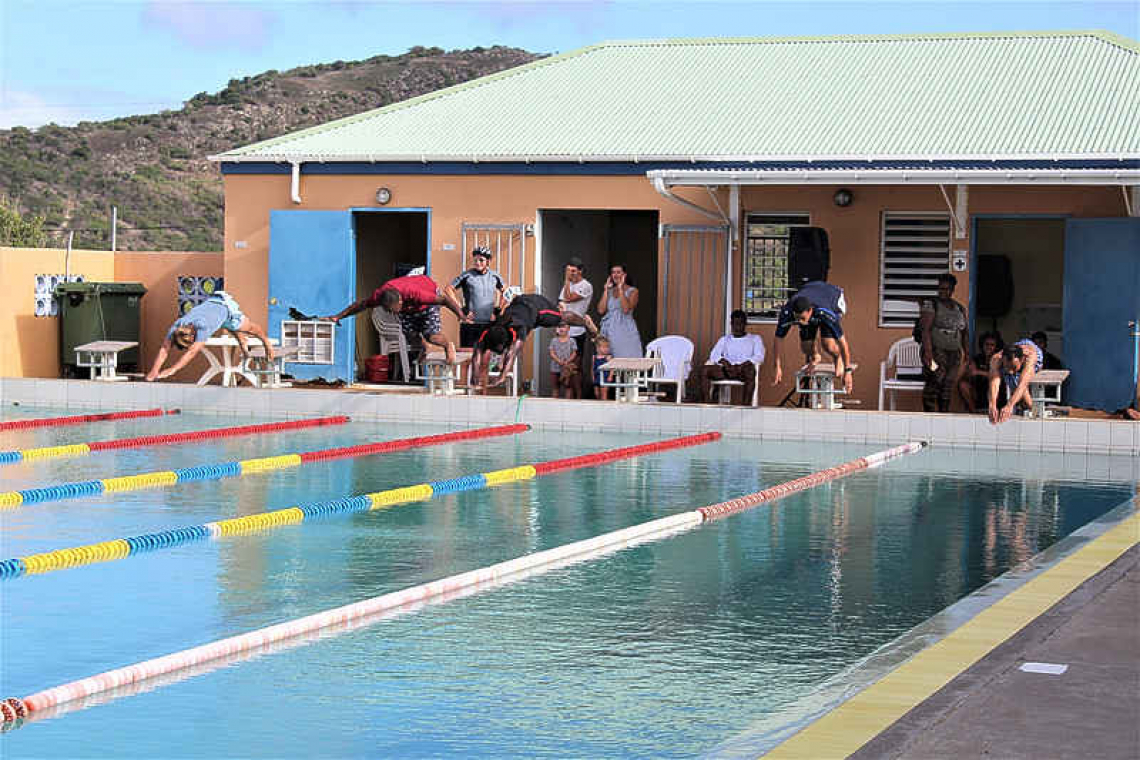 ST. EUSTATIUS – Chanelle Schmidt took first place in the girl’s category of the A+ Academic & Professional Training Centre triathlon for persons 13 years and older on Sunday. Schmidt received a
gold medal and $100 with a winning time of 11 minutes, 22 seconds. Second place went to Misherva Redan with a time of 15 minutes, 51 seconds.

The competition started at the Earl Merkman Sports Complex swimming pool.  The athletes then switched to bicycles and rode to the Golden Rock Pharmacy parking lot. Next the group jogged to the Mikle van Putten Youth Centre/Lion’s Den.
Marshall Herman won the boys category and received a gold medal and $100. His time was 7 minutes, 20 seconds. Second place went to Delisandro Berkel with his time of 7 minutes, 52 seconds and third was Caneil Dinzey with his time of 17 minutes and 57 seconds.
Erica Simmons won the gold medal and $100 in the women’s category in 20 minutes, 46 seconds.
Raymond Van Leeuwen won the men’s category with his time of 7 minutes, 52 seconds. He was presented with $200 and a gold medal. Second place went to  Anthony Adams with his time of 9 minutes, 43 seconds.
The competition also had a corporate category where participants represented different businesses from around the island.
The gold medal, $200, a trophy and bragging rights for one year went to Rogier Poot of The St. Eustatius Health Care Foundation. Poot came had the fastest time of all competitors clocking in at 7 minutes 14 seconds.
Second place went Akeem Hook of Caribbean Netherlands Fire Department at 9 minutes, 18 seconds and third was Adonis Cijntje of Duggins Supermarket with a time of 10 minutes, 33 seconds.