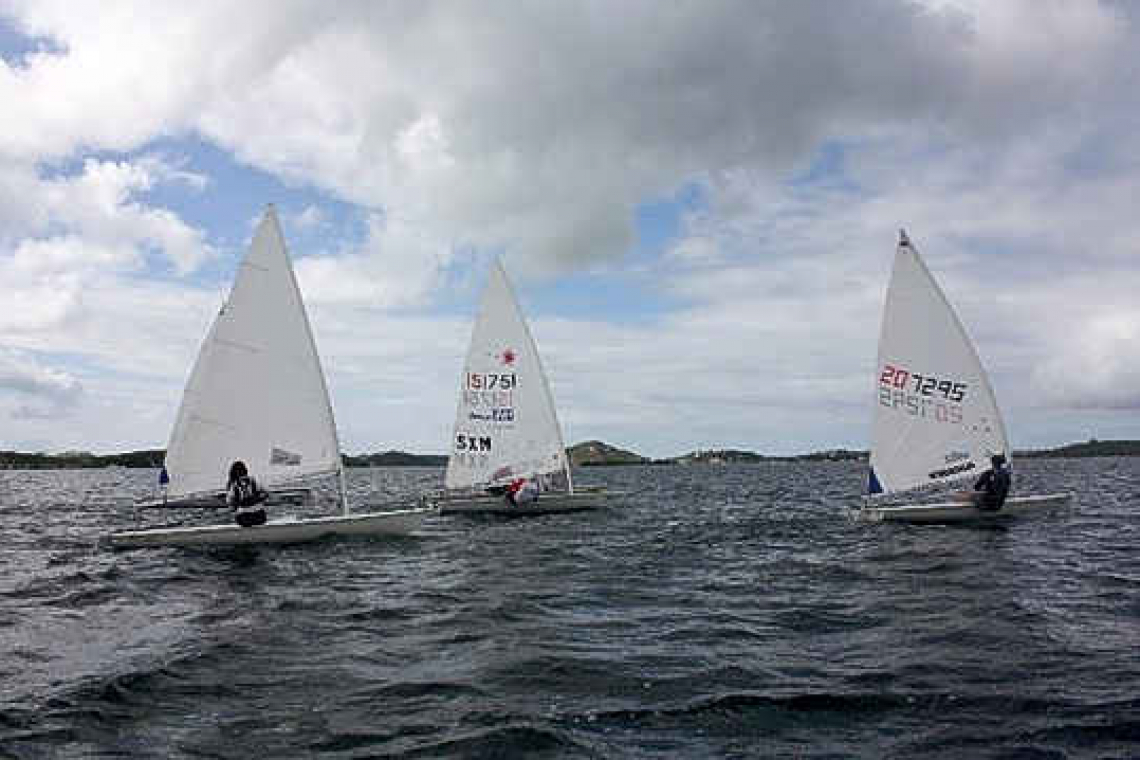 SIMPSON BAY—Twenty-six competed in several classes in the first day of the Aberson Series, which is part of the Grant Thornton Dinghy Season Championship.

Rio Stomp won the Laser Pico class taking first in all three races. James Lennox came in second out of the four racing in picos.
Visiting sailors from St. Barths, Antonin Tibo and crew took won the RS Quest Class. Melina de Vries together with Louka Williams came second.
Ten sailed in the Optimist Class. Visiting sailor Emilien Le Normand from the Club de Voile de Friars Bay won one race and finished third twice to win the class. Marvin Febrissy from St. Barths was second and
Lolie Osswald was third.
The Laser Class consisted of ten sailors. Team SXM’s Justin Pieterse won class with one first place finish and two seconds. Jules Fortunati from St. Barths came in second and was followed by Frits Bus.
“Today was a challenging day for all sailors, because of the wind shifts the sailors had to think ahead, read the wind and change their tactics a lot. During the full afternoon the wind shifted 180 degrees,” said Sam Peeks, Racing Coach of the St. Maarten Yacht Club.
The second day of the Aberson Series will take place Saturday.