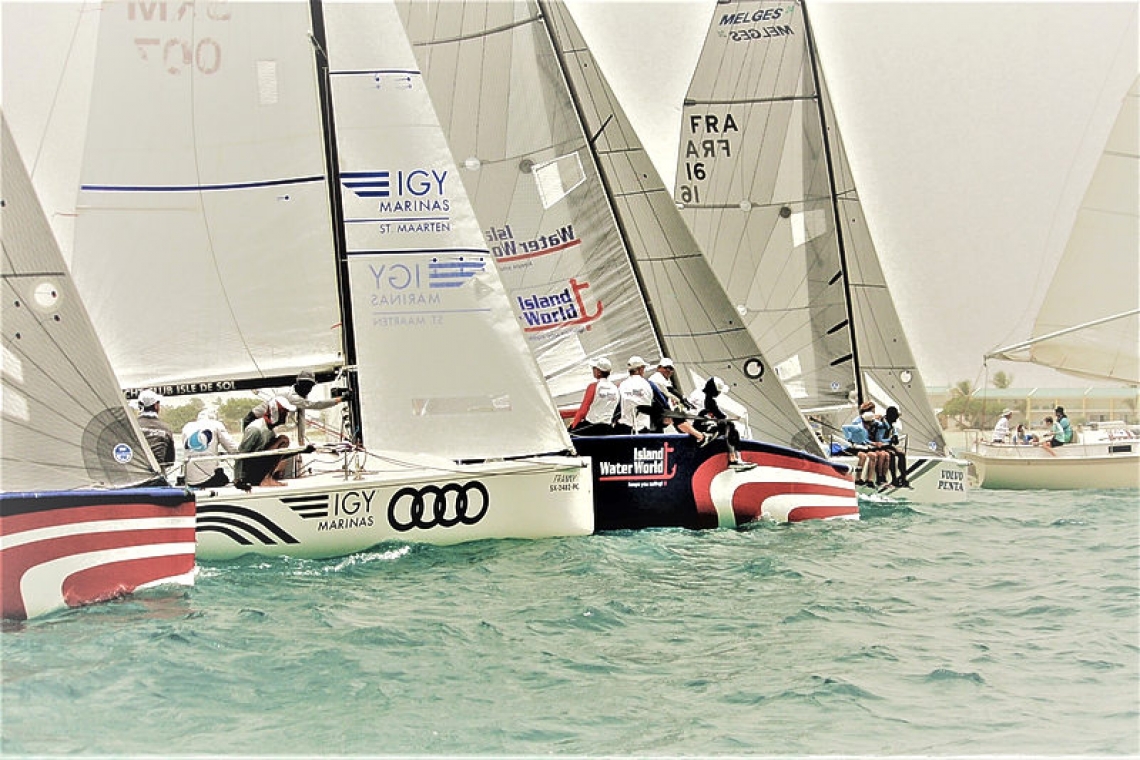 Despite the swath of Sahara dust, excellent wind conditions prevailed out on the water for the final day of racing in the Keelboat Series hosted by the Sint Maarten Yacht Club which started in November.

Frits Bus of Team Island Water World said “This was one of our best keelboat events ever with six closely matched boats that were all well-sailed for all five races of the day. Everyone had a chance all the time.” At the results ceremony at the SMYC the crews clearly celebrated an excellent day of sailing.

Third place for the day went to Team Island Water World 2 where 20 year old Alec Scarabelli gave his father, helm of the winning boat, a number of moments for concern. This youth team is slowly developing the capacity to take some wins. The team on Caraibes Diesel had their work cut out for them, but it wasn’t for a lack of enthusiasm. They clearly enjoyed being back out racing and took a third in race three.

In the two-boat cruising class, Bunglebird took wins over Voodoo who are finding out how to make their high potential boat go fast. Voodoo is a recently refitted boat belonging to André Swart that was without a mast for a long time and is now being brought back to racing form.

The race officers were Corinne Draesner and Clenda Pecht who were supported by Ross Barker and Iain Mobbs.

The next SMYC event will be the Hope-Ross Series on the next two Saturdays, June 27 and July 4. This series will be raced in the Simpson Bay Lagoon with classes in Optimist, Pico, RS Quest, Laser and Jeanneau 20.

First start will be at 2:00pm. To register email This email address is being protected from spambots. You need JavaScript enabled to view it..