Street Kings return for football on the boardwalk 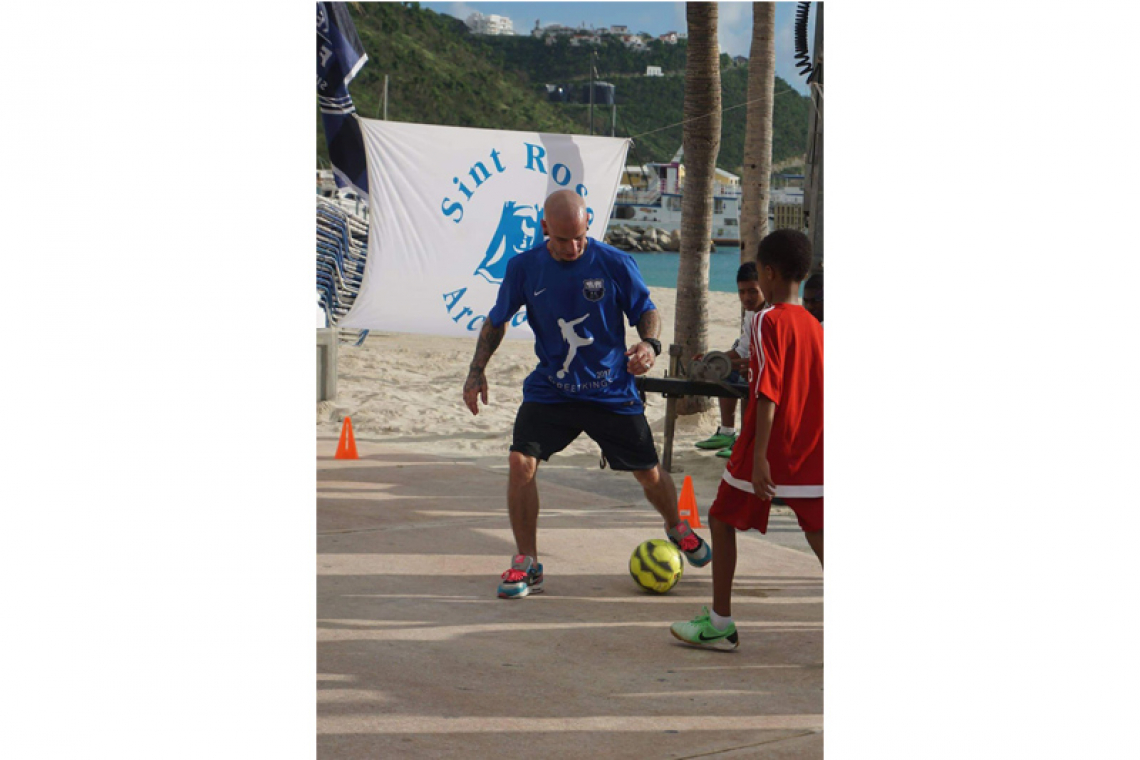 The group, led by Edward Van Gils, will be touring schools on both sides of the island, be part of the Boardwalk Street Football Fest and compete against six country teams in a Mundialito at the L.B. Scott Sports Auditorium.
Van Gils will be joined by Orry Promes. Djurie Ascencion and Jim Nelen. The Street Kings arrive Tuesday and will visit several St. Maarten Schools Wednesday and French Side Schools Friday.
The group will also visit the Ujima Foundation as well as both the adult and youth detention centers.
“Mr. Van Gils has toured many prisons in Holland and all around Europe,” said Djai Essed. “He motivates the prisoners to turn their life around. To me this may be the most important part of the trip.”
The general public will also have an opportunity to see the Street Kings in action. The Boardwalk Fest is scheduled for Friday from 5:00 to 9:00pm in front of the St. Rose Arcade and the Mundialito will be Saturday from 4:00 to 10:00pm.
The Mundialito will feature local players representing their home countries. The six country teams that will compete against each other and the Street Kings are Jamaica, St. Lucia, St. Maarten, St. Martin, Suriname and the Netherlands.
This will be the third time members of the Street Kings have visited the Friendly Island.