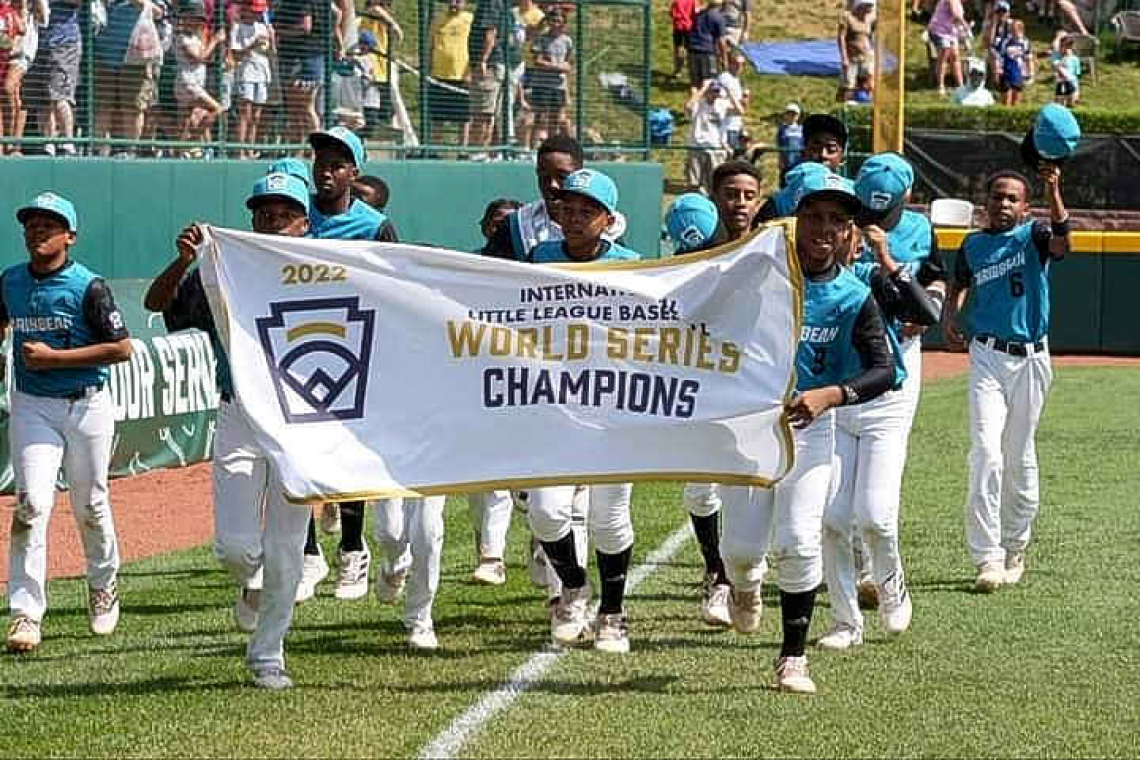 The government of St. Maarten would like to congratulate Curacao on their great performance during the Little League World Series. As the Caribbean representative, they beat Asia-Pacific to become International champions. They went on to play the US-West representative Hawaii for the Little League World Series title but unfortunately, they lost their game. As International champions, we congratulate them on their success, said Minister of Education, Culture, Youth and Sport drs. Rodolphe E. Samuel.