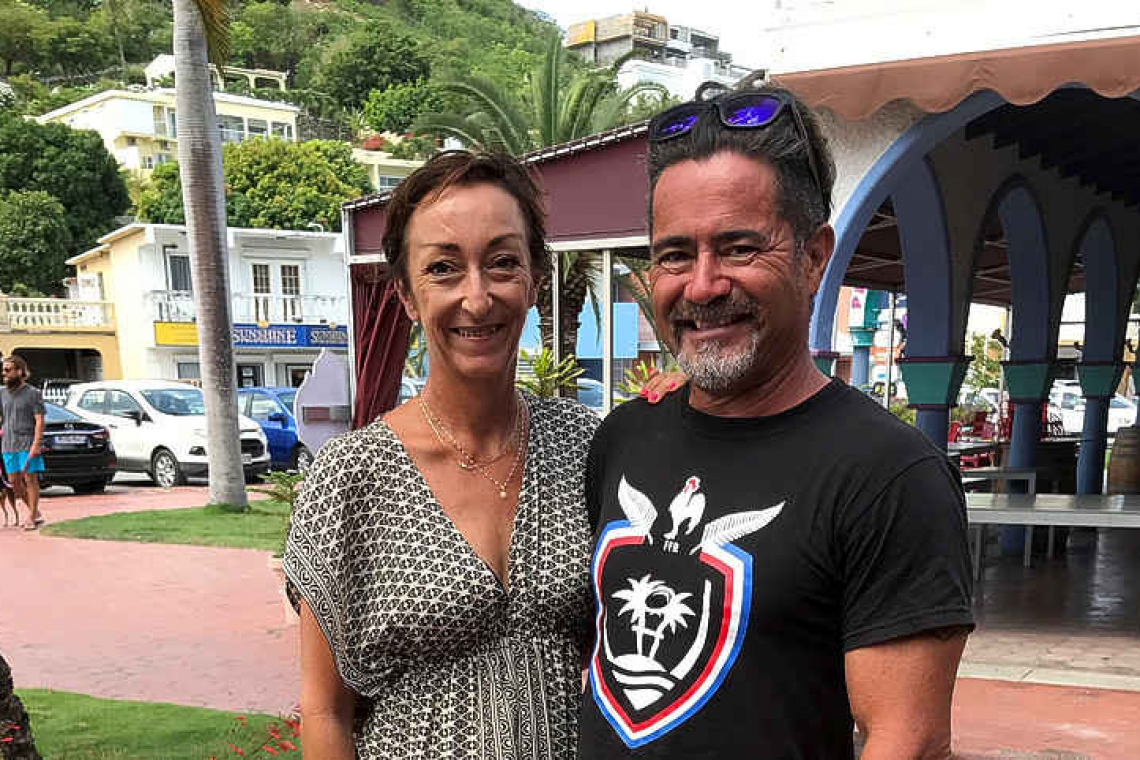 MARIGOT—Women in team sports are finally getting an equal footing with their male counterparts, especially in previously male-dominated sports such as cricket, rugby and soccer. Women playing in all sports right across the spectrum is nothing new. But it seems that in 2022 female athletes really came to prominence.

One only has to glance back at the success of England’s Lionesses winning against Germany in the 2022 Women’s Euros soccer final and the euphoria surrounding that championship, or the debut of the women’s Tour de France cycling race.
So, it shouldn’t come as a great surprise that a woman has been elected President of the Archiball Rugby Club in St. Martin. Rachel Masi was elected President at the Club’s General Assembly in June 2022, and becomes not only the first female president of the club in St. Martin but is the first female President of a Rugby Club in the entire French Antilles. Not in France however as there are a handful of female Presidents already.
Masi (48) was previously a gymnast before taking up rugby, deciding to try it out with three girlfriends—a handball player, a dancer and a basketball player. She immediately took to it.
“I love the camaraderie and discipline of rugby, and being a team player,” Rachel, whose profession is principal of a kindergarten school, says. “I played for five to six years before starting to coach the baby rugby, the under 16, under 10, and under 8 groups.”
She came to St. Martin in 1999 and created the female rugby team Archigirls in 2010. The Club itself was created in 1995, and to this day is still the only rugby club on the French side. The name Archiball has been in existence since 1960 created by an architect, hence the Archi part, and ball. There are Archiball clubs all over the world.
“In women’s rugby we play 7s as opposed to the normal 15 players. It’s much faster,” explains the women’s New Zealand coach Fred Steele. “We do have scrums in 7s but with only three players (hooker and two props) instead of eight. The reasons why its 7s for the women in the Caribbean is because everybody can play it. It doesn’t matter what size you are, what age you are. The positions are very fluid. Its not like if you’re big you can only be a forward. In 7s you can be small and be a forward.”
The women’s competition is based in Guadeloupe, and there are women’s teams in Martinique and French Guiana as well. Women’s 7s team exist also in Jamaica, St. Kitts, and Antigua. The Club in St. Martin plays against these other teams in St. Barths and Guadeloupe but finds the travelling costs very expensive, hence it is seeking sponsors.
There are about 15 female rugby players currently in St. Martin, Masi notes, but many people do not know there is a women’s team on the island. Masi, needless to say, aims to change that perception and is committed to developing women’s rugby. The Women’s Rugby World Cup in New Zealand starting October 8 will also help to publicise the sport.
She also wants to maintain the level of the rugby school. Last year the U8, U10 and U12 teams won all their matches in Guadeloupe and Martinique.
“The kids play really well together. It’s a winning streak we want to maintain, and it’s very positive for the Club,” Steele adds.
Another of Masi’s objectives is to promote rugby in the districts such as French Quarter. The Club was given permission to use the Thelbert Carti Stadium pitch as a training ground so children don’t have to travel all the way to the Bellevue ground to play. A tournament has already been played there. She is also working on getting a bus to transport children from the districts to play rugby in Bellevue on Saturdays.
Masi and Steele agree the ratio of Antillean players born on the island to metropolitan French or other countries is about 50-50. Baby rugby which starts from three years old and the U19 team are predominantly Antillean players. Most players aspire to make it to the senior teams.
The Club returned to playing after the summer holiday on September 3. It is offering training and try-outs for children and adults (men and women) at the pitch in Bellevue from 9:30am. For more information call (0690) 58.69.90.
The Archiball Rugby Club will be having a stand at the Sports Open House this coming Saturday, September 10, in the Sports Hall of the Louis-Vanterpool Stadium from 9:00am to 1:00pm in Marigot, a chance to meet Rachel Masi, coaches and players, learn more about the sport or join the club.