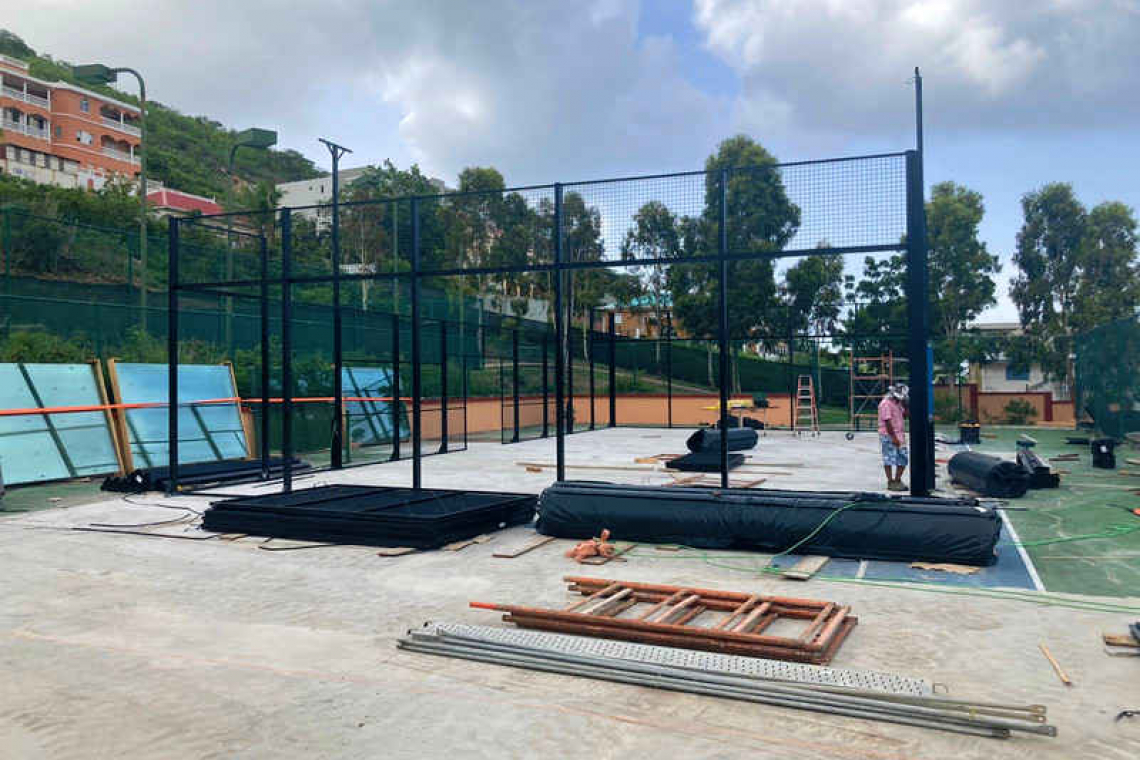 BELAIR--The sport of Padel Tennis continues to grow all over the world and St. Maarten is no exception. At the end of September, 2022, Belair Community Center (BCC) will be adding 2 new state of the art padel tennis courts: one official tournament regulation court and one singles court (the first singles court in the entire Caribbean). Both courts will be equipped with LED lights for night play, also.

The courts will be located near the olympic swimming pool at the club. The club presently has 2 tennis courts and one of them is being converted to become these new Padel tennis courts. The courts were designed and built by SXM Padel Group, the owners and operators of Sxm Padel Club, also located in the Belair region, and which opened its doors in December, 2021.
The courts were supplied by Padel10, the leader in the International market. Padel10 has been the official supplier for over 4 years of the top professional padel international series known as the World Padel Tour. SXM Padel Group is the official distributor for Padel10 in the Caribbean.
According to Ricardo Perez, Managing Director of SXM Padel Group, “Padel Tennis is recognized as the fastest growing racket sport in the world. We are committed to grow the sport in the island and the whole region. We presently are working on the potential construction of 5 more courts on the island within the next 6 months. This development will make St. Maarten the Caribbean island with the largest number of Padel tennis courts. In addition, St. Barths and the U.S. Virgin Islands also have courts in the pipeline.”
From December 1 to 4, St. Maarten will be hosting the International Senior Padel Tour to of the Americas tournament and Pro-Am. Having this new tournament court at Belair permitted this international event to have more players attend since matches will be played at both locations: SXM Padel Club and Belair Community Center. This tournament will bring players as far from Argentina to Panama and throughout the Caribbean region.
The new courts at Belair Community center will be available to their current members, new Padel tennis members or anybody who wants to rent the court by the hour. Racquets and balls will also be available for rent for those who do not have their own equipment.
For more information SXM Padel Club call 721-523-8925 or e-mail This email address is being protected from spambots. You need JavaScript enabled to view it.