Phillips wins main event at Energy of the Rock 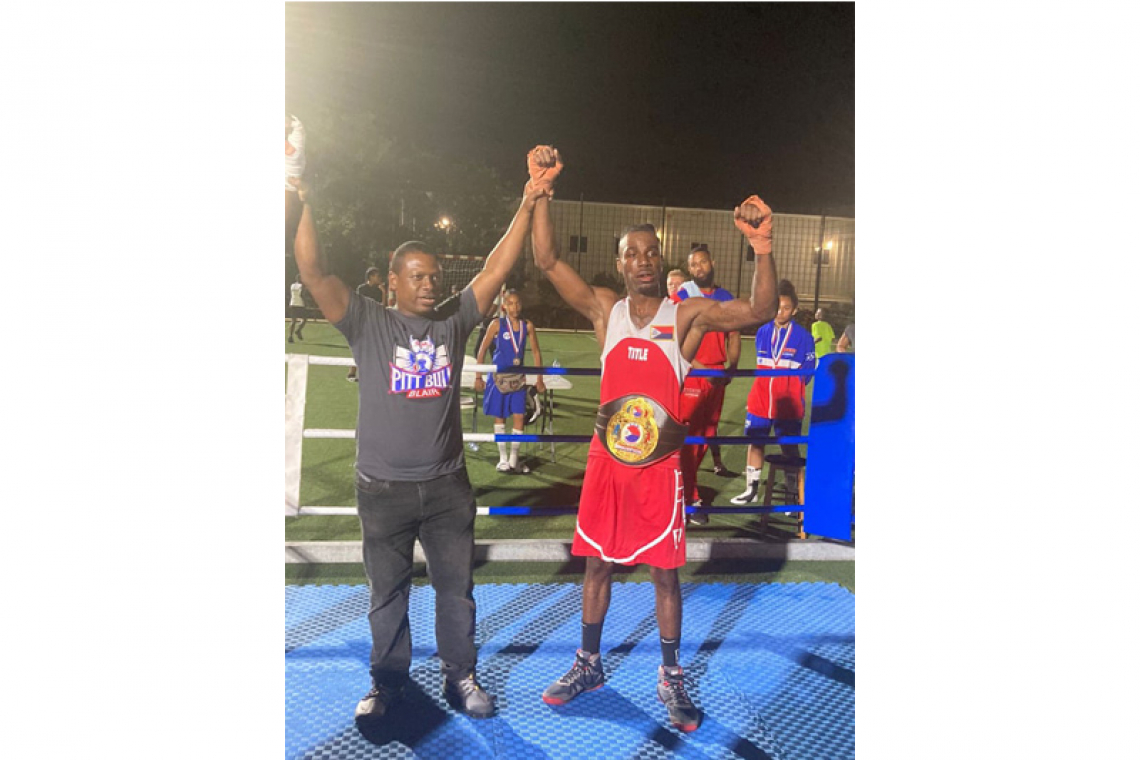 CUL DE SAC--Malcolm Phillips defeated Dwinley Mathilda in the main event of One More Round of the St. Maarten National Boxing Federation’s Energy of the Rock program at
Emilio Wilson Recreation Park Saturday.

Phillips won the three round 3-minute bouts by unanimous decision.
St. Maarten fighter Micaiah Octave Emmanuel also won his fight. The 19-year-old faced from Alexis Camboulives
from St. Martin. The fight went the distance and Emmanuel won by unanimous decision.
Several up-and-coming boxers from both sides of the Island and Curacao were featured in exhibition bouts with no winners declared.
Boxing were Jahaira Jocobs against Christine R
Francisca. Nehemiah D. Somersall from St. Maarten
faced Nahdir Haseth, St. Maarten’s Nayib Reales from Team Pittbull went up against Chayranne Boatman
from Team Earl and Team Pitbull fighter Jasue R
Hyacinthe climbed in the ring with Djamel Lavoile of
Team Leo.
“The boxers put on a good show of local talent,” said
Shawn Blair president of the federation. “Boxing was the real winner.”
Earlier in the day before the boxing the general public was invited to attend Knock out work outs with some of the federation’s top coaches.
One More Round was made possible by Telcel, Motor World, Shiva Jewellery, McDonalds, Super U STM N.V. and Pittbull Blair.