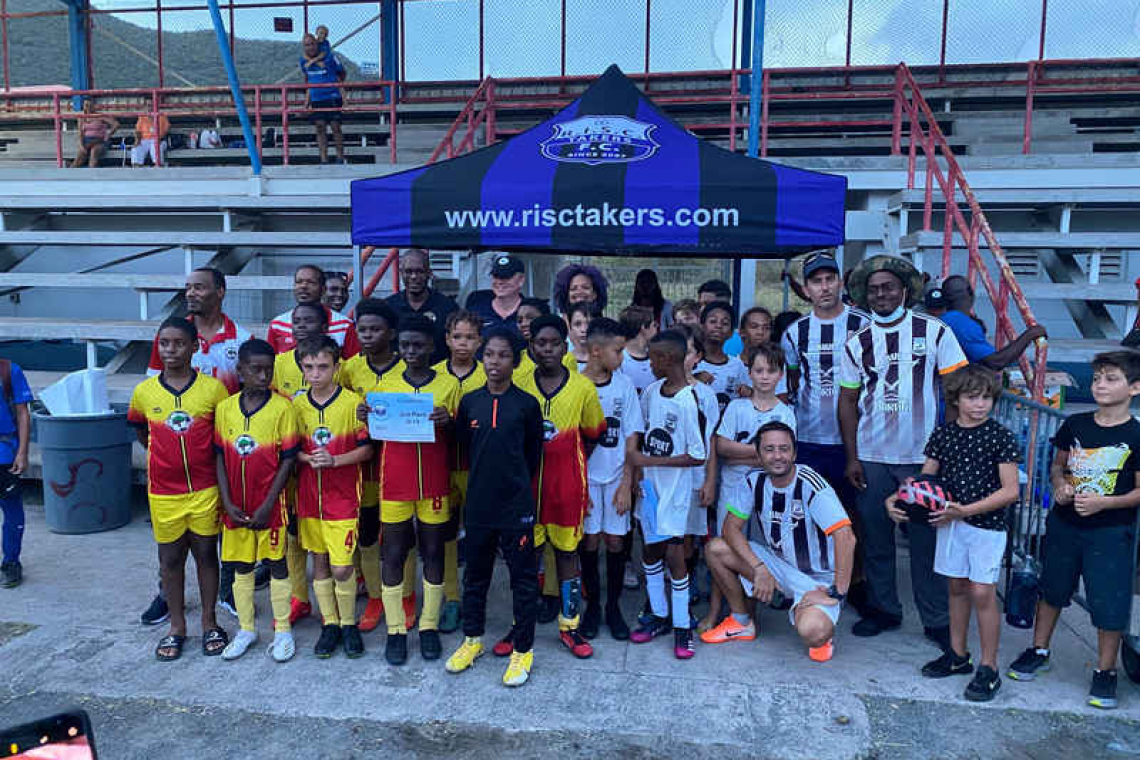 The Reuben Essed Tournament is an annual event organized by RISC Takers Football Club. Essed was a football coach and very much involved in the Risc Takers youth program. He passed in 2018. “Really the family has been involved in football for years,” said Beldman. “Reuben’s son is on the Risc Takers board.”
Risc Takers Club started in 2012 with 13 children. Today the club has 130 members in every age group up to 20 years, Reuben started as a U 13 coach and a few years later when a coach was needed for the age 7 squad he moved over.
“There was a big difference coaching 13-year-olds and seven-year-old,” said Reuben’s son Joeri. “My father went on YouTube and all over the internet looking for training material. I think he coached the team two years before he passed in August 2018.
Not only is Joeri on the Risc Takers board he is also the Under 7 coach.
Last year the tournament was canceled due to Covid outbreak.
This year the competition was divided into four groups. There was an Under 7 division, an under 9 group and an Under 11 and an under 13.
The age seven and nine divisions played fun matches.
The SCSA Eagles won the Under 11 division. They faced Juventus SXM in the final and won 1-0.
Juventus won the U13 group. They faced the Saint Louis Stars.