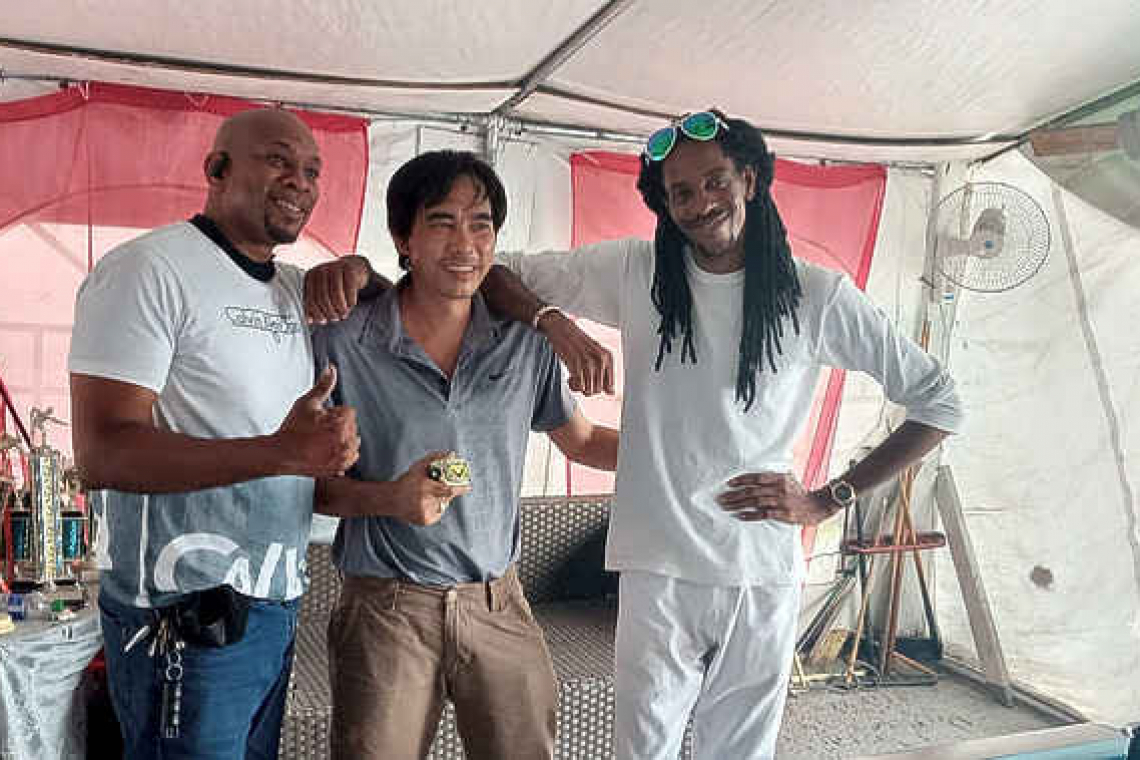 John Vo (c) won the 10 Ball Classic Championship Tournament and the Trophy Ring Sunday. The Double Elimination tournament started at Shark's Pool Club in Middle Region Friday. The Semi-final was a race to five wins and the final a race to six. Junior Phillips  (l) placed second and Michael Parris was third.