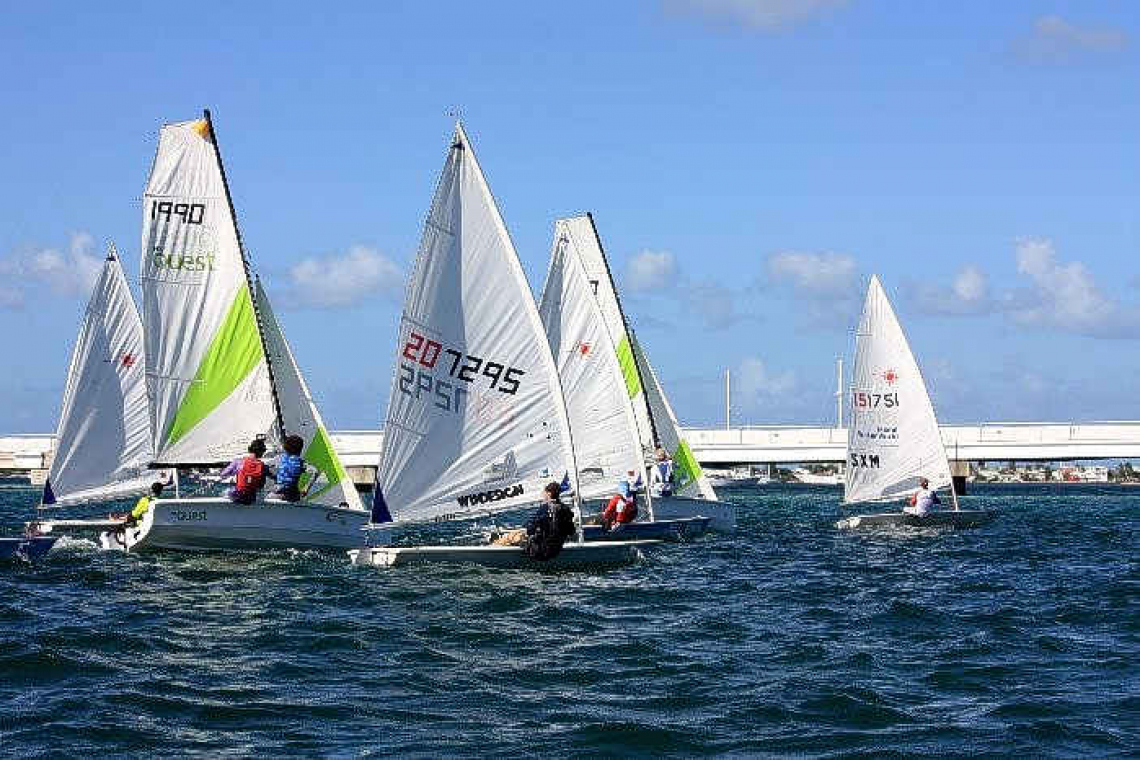 SIMPSON BAY LAGOON--Veronica Destin took first place in the RS Zests class in day one of the Hoedemaker Sailing Series.
A total of twenty-three sailors competed in the series which is part of the St. Maarten Yacht Club’s Grant Thornton Dinghy Season Championship.
Race day two is set for January 22.

Four races were completed in very windy and shifting conditions in the Simpson Bay Lagoon near the Causeway Bridge.
Joining the local sailors were members of Club de Voile de Friar’s Bay and the St. Barths Yacht Club.
It was the first time the brand-new RS Zests sailing boats were raced in the dinghy regatta on Saturday.
Melina de Vries and Destin battled through the windy conditions. The two ended the day in a tie at two wins each. Destin won the last race. Tie-breaker rules gave her the overall victory.
Antonin and crew from the St. Barths won RS Quest class. Robbie Ferron and crew finished second after they retired from the last race.
Lolie Osswold from the St. Barths won the 10 strong Optimist class. Marvin Febrissy was second and Emilien le Normand from the Club de Voile placed third.
“Jaali (Galvani) only started sailing in September 2021 and started showing an interest in racing recently,” said St. Maarten Yacht Club
Race Coach Sam Peeks. “These were some seriously challenging conditions, so it was great to see him finish all four races”.

Justin Pieterse won the laser class. He was the overall winner of the Aberson Series in November.
Emma Lennox finished in second place and was followed by Frits Bus in third.