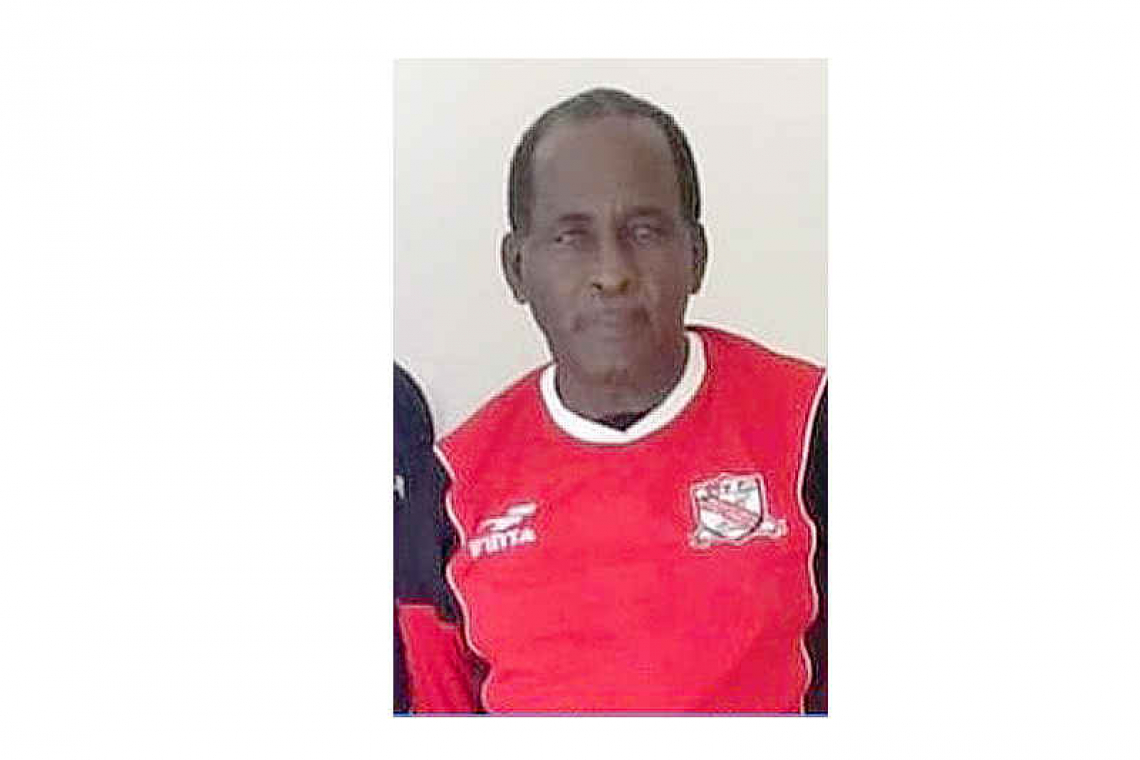 PHILIPSBURG--Friendly Island Coach Owen Nickie will be remembered at a Celebration of life gathering at Raoul Illidge Sports Complex Thursday. The viewing will be from 2:00 to 3:00pm and tributes from 3:00 to 4:00pm.

Owen Nickie coached on both sides of the Island. He was the national team coach on the French side in 1985 and 1986.
He started the interscholastic Primary School competition during the 1985-1986 season and later started the Secondary Schools Competition.
He served as the St. Maarten Soccer Association president from 2006 to 2015.
Coach Nickie was all business on the pitch. His players were his family. Even the coaches that worked with him new little to anything of his real family.
Bernard Marks worked with Coach Nickie for years.
“he was a good soccer friend of mine.” Marks continued, “ He will be missed by many soccer fanatics”
Marks first met Coach Nickie shortly after he arrived on St. Maarten. “He helped coach my team Sea Palace Stars.”
Marks would gone on to work with Owen organizing soccer events and coach youth teams.
“Coach Nickie was my mentor,” said Jean of the Hott Spurs Football Association.
“He started with me in the elementary schools.” Jean went on the be a leader in the Hott Spurs organization which Coach Nickie founded.
The St. Maarten Football Federation wrote “We would like to extend our deepest condolences for the sudden passing of former Sint Maarten Soccer Association President Nickie Owen.”
Coach Nickie was not only a soccer coach he was a sportsman. When the St. Maarten Little League Stadium was closed for renovation, Coach Nickie arranged for the young baseball play3ers and coaches to practice on the Pond Island soccer pitch just behind the stadium.