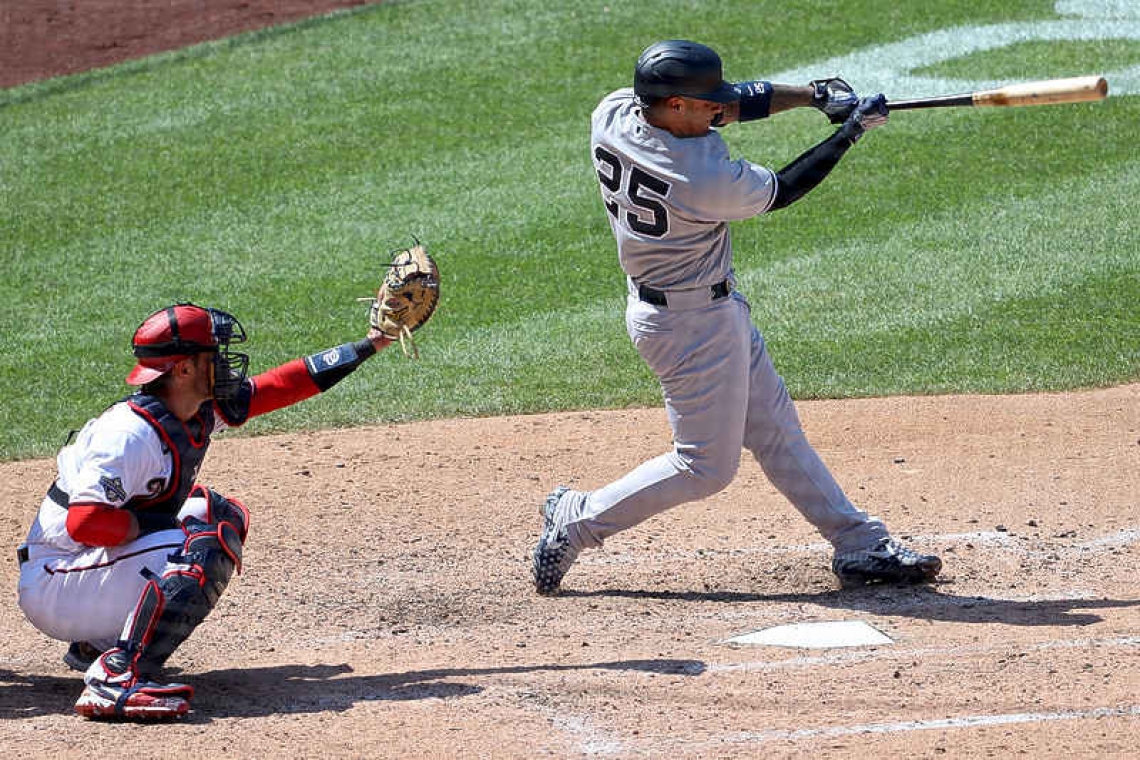 WASHINGTON --Gleyber Torres chased Patrick Corbin with a solo homer in the seventh inning and then delivered a tiebreaking RBI single off Sean Doolittle in the eighth as the visiting New York Yankees beat the Washington Nationals 3-2 Sunday afternoon to conclude their season-opening series.

Torres had three hits and produced New York's only two hits off Corbin. His homer into the left field seats off the left-hander's first-pitch fastball prompted Washington manager Dave Martinez to remove Corbin.
Luke Voit hit the game-tying homer off Will Harris two batters later.
In the eighth, the Yankees put a rally together against Doolittle (0-1). New York had runners at first and second after a walk by Aaron Hicks and a single by D.J. LeMahieu. After Doolittle retired Aaron Judge, Torres lined a 2-1 pitch into left field that scored Hicks.
Corbin allowed one run and two hits in 6 1/3 innings. He retired the first 11 hitters, struck out eight, walked none and threw 49 of 75 pitches for strikes.
With No. 3 starter Masahiro Tanaka throwing a simulated game at the team's alternate site in Scranton, Pa., Jonathan Loaisiga allowed one run on two hits in three innings while throwing 51 pitches. Five relievers followed and Chad Green (1-0) pitched two hitless innings.
Tommy Kahnle worked around a throwing error by Torres and struck out Eric Thames to escape a bases-loaded jam in the eighth. Zack Britton survived a shaky start to a scoreless ninth and recorded his first save.
Asdrubal Cabrera opened the ninth with an infield single to Torres and just beat the throw to LeMahieu at first. Pinch runner Emilio Bonifacio took second on a passed ball by Gary Sanchez and but over slid third base and was caught stealing on a strong throw as Victor Robles walked.
Britton then ended the game by retiring Yan Gomes and Michael Taylor.
Trea Turner homered in the third off Loaisiga and Thames hit an RBI single in the fourth off David Hale.
Giancarlo Stanton, who homered in the first two games, was 0-for-3 with three strikeouts.