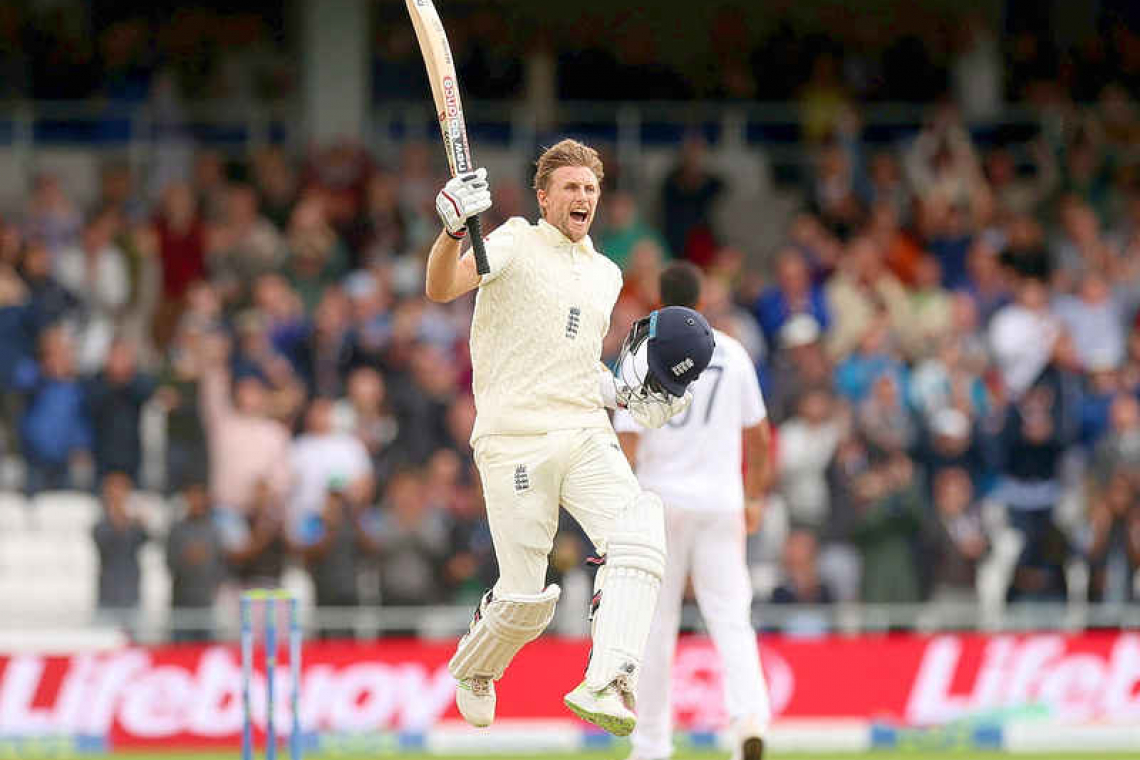 LEEDS, England- - England captain Joe Root smashed his third hundred in three tests, putting his team in pole position for a series-levelling victory in the third match against India on Thursday.

Root's majestic 121 headlined a strong top-order performance by the hosts, who had bundled out India for 78 to seize early control of the match at Headingley.
England's top four batsmen helped themselves to 50-plus scores as the hosts finished day two on 423-8 for a massive 345-run lead.
Craig Overton was batting on 24 at stumps, while Ollie Robinson was yet to open his account.
"There's so much you can learn as a young player from Joe Root," opener Haseeb Hameed told Sky Sports.
"He's of the highest class but for me, what stands out is the simplicity of his game.
"He plays like he has so much time, he's so diligent and also the mental side of things, to turn up and perform in every innings shows how hungry he is."
After England resumed on 120 for no loss, Mohammed Shami earned the breakthrough for the tourists when he pushed one through Rory Burn's gate to hit the top of the off-stump.
Burns made 61 and featured in a 135-run stand with Hameed for England's highest opening stand since Alastair Cook and Hameed put on 180 against India in 2016.
Hameed made 68 before Ravindra Jadeja spun one past his bat to hit the off-stump for his first wicket in the series.
Playing his first test in three years, Dawid Malan cut and drove elegantly in his 70 but fell on the stroke of tea, tickling Mohammed Siraj to wicketkeeper Rishabh Pant.
Malan was initially ruled not out and Pant did not even appeal. Siraj convinced India captain Virat Kohli to review the decision and UltraEdge confirmed the batsman had edged the ball.
Malan's collaboration with Root was worth 139 runs.
Root displayed his silky touch at the other end, a couple of glorious backfoot punches being the highlights of his knock that was studded with 14 boundaries.
Root brought up his 23rd test century with a four off Ishant Sharma, the home captain leaping and roaring to celebrate the milestone before being embraced by Jonny Bairstow.
The 30-year-old's stellar knock came to an end when Jasprit Bumrah bowled Root through the bat-pad gap.
India, who lead the five-test series 1-0, claimed two more wickets but will have a mountain to climb when they return on Friday.
England's players wore black armbands in memory of former captain Ted Dexter, who has died at the age of 86.