Ronaldo brace puts Juventus on brink of another title 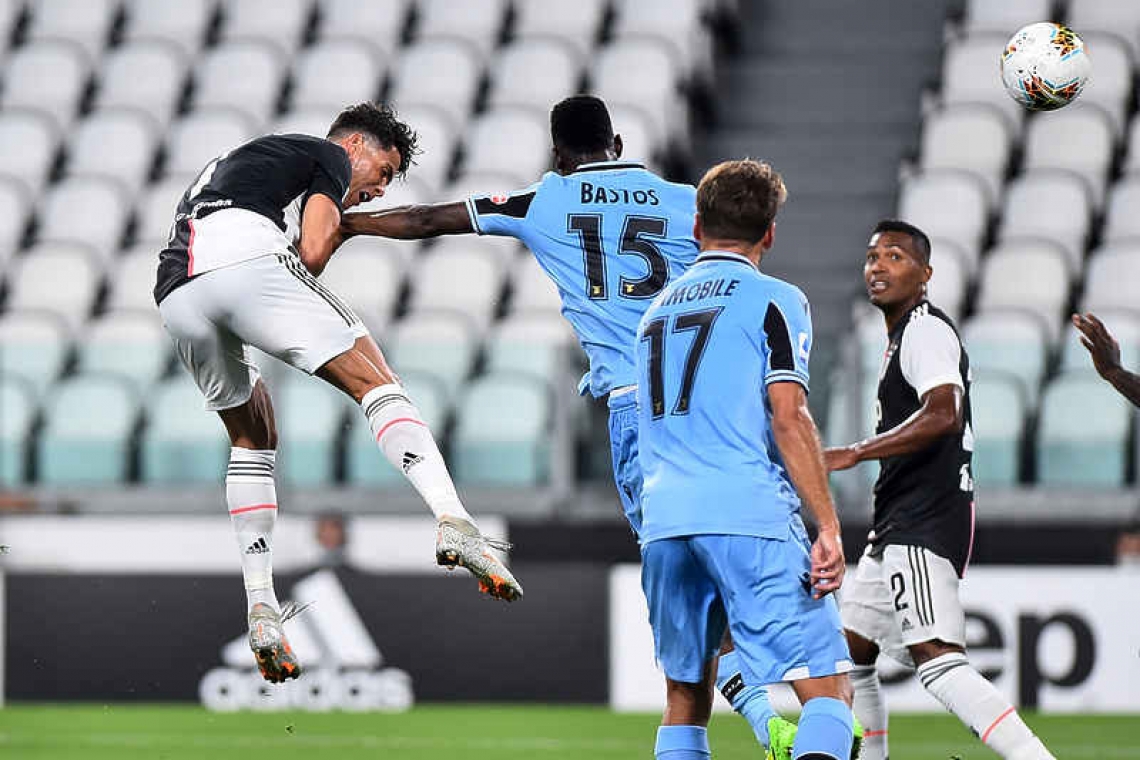 TURIN, Italy- - Cristiano Ronaldo scored twice, the first a penalty awarded for handball, to give Juventus a 2-1 win over Lazio which put them on the brink of a ninth successive Serie A title on Monday.

Ronaldo broke the deadlock in the 51st minute, his 50th Serie A goal, and added a second after team mate Paulo Dybala left him with an open goal three minutes later.
Ciro Immobile pulled one back for a Lazio in the 83rd minute, leaving him and Ronaldo tied on 30 goals as Serie A's joint topscorers.
Juventus, with 80 points, are eight clear of Inter Milan with four games each to play followed by Atalanta on 71 and Lazio fourth on 69.
Only one point behind Juve when the season restarted, Lazio have lost four of their last five games after being ravaged by injuries.
During an even first half, Alex Sandro headed against the post for Juve and Immobile thumped a low shot against the foot of the upright for Lazio. Apart from that, Immobile saw little of the ball and often found himself alone against three defenders.
The game swung Juve's way after halftime when Ronaldo's shot struck the arm of Lazio defender Bastos.
The referee awarded a free kick but, after a VAR review that took nearly three minutes, ruled that Bastos handled inside the area and Ronaldo scored with a penalty which squirmed under Thomas Strakosha's hand.
That made him the first player to score 50 or more goals in each of Serie A, La Liga and the English Premier League.
Three minutes later, Luiz Felipe lost the ball to Dybala who burst forward on the break and generously laid the ball off for Ronaldo to score into an empty net.
Ronaldo also headed against the bar but Lazio came back into the game when Immobile was tripped by Leonardo Bonucci after pouncing on a misunderstanding between the Juve defender and goalkeeper Wojciech Szczesny.
Immobile converted the penalty himself and Szczesny denied Lazio an equaliser when he palmed away a Sergej Milinkovic-Savic free kick which was heading for the top corner.