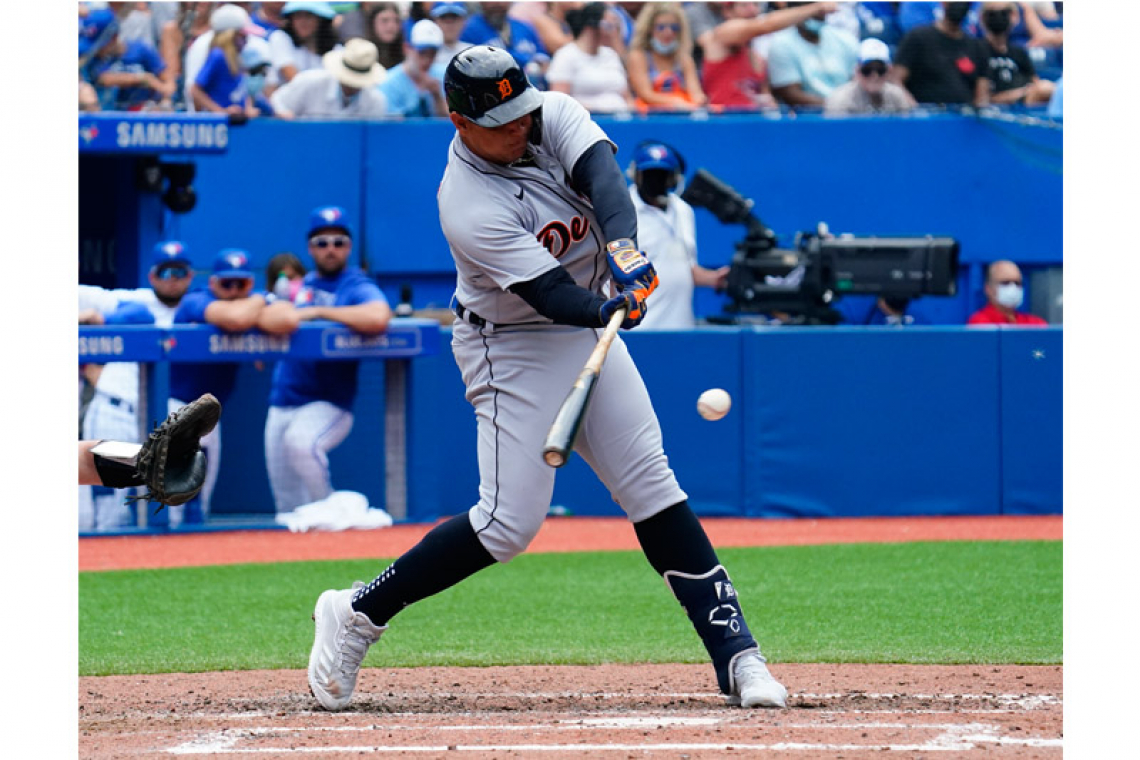 TORONTO --Miguel Cabrera belted his 500th career home run and the visiting Detroit Tigers went on to record a 5-3 win in 11 innings over the Toronto Blue Jays on Sunday afternoon.

Detroit had two-out RBI doubles by Daz Cameron and Willi Castro in the 11th against Kirby Snead (0-1) to seize the rubber match of a three-game series.
Joe Jimenez struck out two in the bottom of the 11th inning to earn his first save.
The Tigers, who tied the game in the ninth on an error, claimed a 3-2 lead in the 10th on a sacrifice fly by Jonathan Schoop against Brad Hand.
Gregory Soto (6-3) allowed Alejandro Kirk's sacrifice fly that tied the game in the 10th, however he worked out of a bases-loaded jam.
Toronto left-hander Steven Matz allowed one run and five hits in six innings.
Detroit right-hander Drew Hutchison, a former Blue Jay, allowed one unearned run, four hits and one walk in 4 1/3 innings.
The Blue Jays scored once in the third inning. Bo Bichette led off with a single and later scored after third baseman Jeimer Candelario committed an error on a two-out grounder by Teoscar Hernandez.
Kyle Funkhouser replaced Hutchison with one out in the fifth and pitched around a double, a walk and an errant pickoff throw.
The Tigers tied the game with one out in the sixth after Cabrera became the 28th player in history to hit 500 homers. It was his 13th blast this season.
After Trevor Richards pitched a perfect top of the eighth, the Blue Jays scored a run in the bottom of the inning against Michael Fulmer. Corey Dickerson beat out an infield single, took second on a groundout and scored on a single by Lourdes Gurriel Jr.
Detroit tied the game in the ninth. Castro doubled with two out against Adam Cimber and scored on Marcus Semien's throwing error on Harold Castro's grounder to second.
The Tigers put Wily Peralta (blister) on the injured list Sunday and recalled fellow right-hander Alex Lange from Triple-A Toledo.