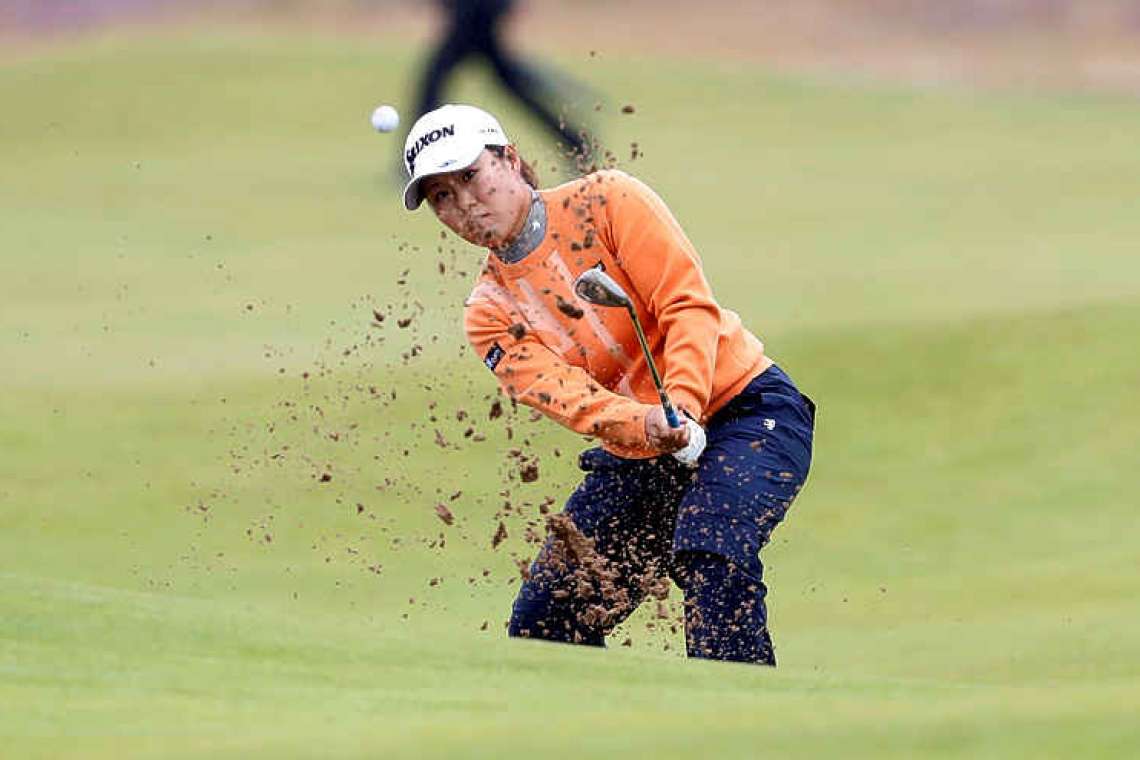 SCOTLAND --World No. 1 Nelly Korda, No. 4 Sei Young Kim of South Korea and Sweden's Madelene Sagstrom opened the AIG Women's Open with rounds of 5-under 67 Thursday at Carnoustie Golf Links in Scotland.

After one round, they lead a tough field that includes U.S. Women's Open champion Yuka Saso of the Philippines, who is part of a four-way tie at 4-under 68. Scottish 21-year-old Louise Duncan, this year's British Women's Amateur champ, also shot 68.
Korda continued a strong run of form after winning the Women's PGA Championship in June and the Olympics women's golf event earlier this month.
"I try to take the mindset of every day's a new day," Korda said. "It doesn't matter what my ranking is. Everyone's going into this event prepared and wanting to win. That's kind of like the mindset that I try to take into every event."
Korda poured in eight birdies, including on the final two holes, to counteract three bogeys.
"I cut it a little close on 17 today, I was really close to that water, so I didn't really have much. I just had a 6-iron in. I don't know the exact yardage, but I hit it really well. The last hole, I was between an 8- and a 7-iron into the wind, and I just told myself, since I was hitting it well, to stay aggressive, and I hit a little pin shot into eight feet."
Kim, like Korda, is in search of her second major victory. She got going with consecutive birdies on Nos. 6-8, birdied three more on the back nine and only posted one bogey.
Sagstrom nearly had the outright lead but bogeyed No. 18. She racked up seven birdies while paired with Europe's Solheim Cup captain, Catriona Matthew of Scotland.
"Of course I want to show off my game to her. I can't deny that," Sagstrom said. "I mean, I'm playing well at the moment. Who knows where her mind is at right now? I'm just trying to play as well as I can to give myself a chance for that team."
Duncan said she was very nervous at the first tee, but she managed to birdie her opening hole to get going. Her highlight came on the par-5 14th, when she rolled in an eagle putt she estimated at about 50 feet.
"It was a ridiculous amount of fun. I wasn't expecting that at all," Duncan told Sky Sports. "I'm over the moon with it."
Andrea Lee and England's Georgia Hall are also tied one shot behind the leaders. At 3-under 69 were Lexi Thompson, Women's PGA Championship runner-up Lizette Salas and Spain's Carlota Ciganda.
Inbee Park, the seven-time major winner from South Korea, was part of a large group tied at 2 under. Defending champion Sophia Popov of Germany shot even-par 72, as did New Zealand star Lydia Ko.