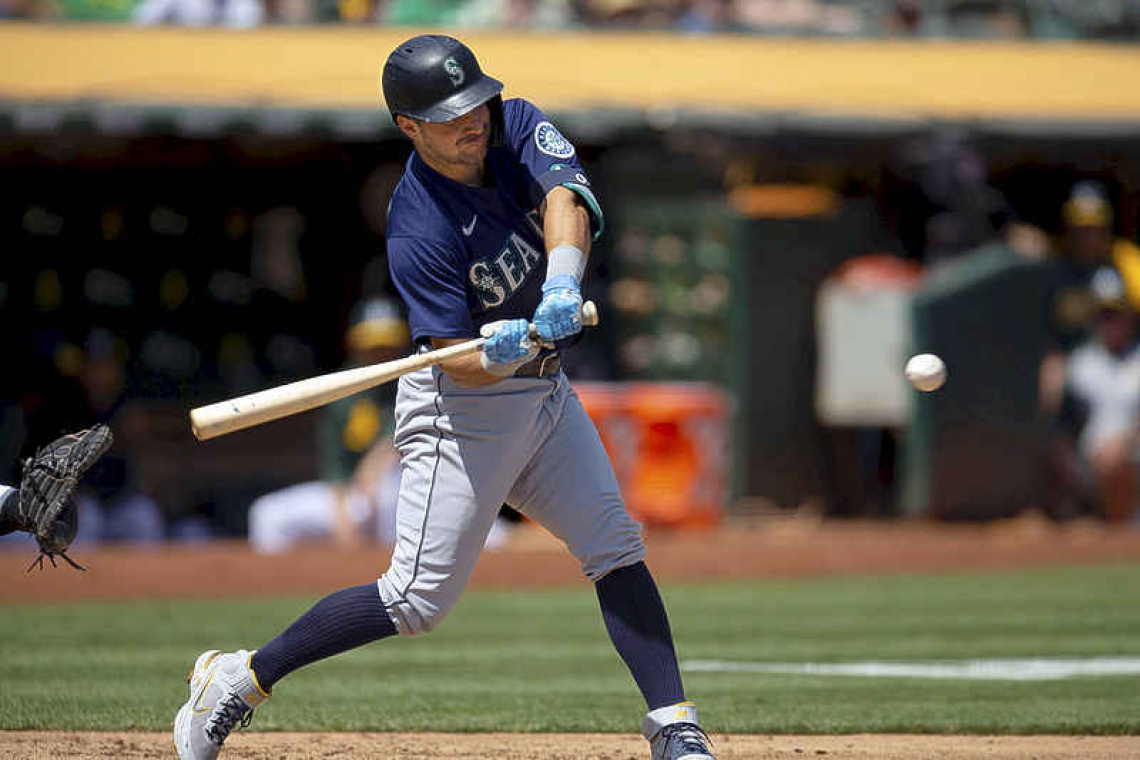 CALIFORNIA --Right-hander Chris Flexen thrilled family and friends by pitching effectively into the seventh inning and the Seattle Mariners completed a two-game road sweep of the Oakland Athletics with a 5-1 victory on Tuesday afternoon.
The win allowed the Mariners to climb within one game of the A's in their battle for second place in the American League West and was Seattle's fifth straight over Oakland in the season series after having lost four of the first seven.
The clubs still have two series remaining -- a four-gamer in Oakland in the second-to-last week of the regular season and a three-gamer at Seattle in the final week.
Flexen (11-5), who grew up 25 miles south of the Oakland Coliseum in the suburb of Newark, allowed a run on a one-out RBI single by Mitch Moreland four batters into the game before blanking the A's for the remainder of his 6 2/3 innings.
After giving up three hits in the first, the 27-year-old pitching for the first time in Oakland as a professional, allowed just singles to Elvis Andrus in the second and Josh Harrison in the sixth before running into trouble in the seventh, up 3-1.
Andrus doubled with two outs in the seventh and Mark Canha walked to put the potential tying runs on the bases before Drew Steckenrider came on to retire Starling Marte on a fly to right, preserving the lead.
The Mariners, winners of three in a row, then tacked on in the top of the eighth, getting a two-out RBI double from Jarred Kelenic and a following run-scoring single from Dylan Moore off A.J. Puk to break the game open.
Flexen allowed six hits and one walk in his 6 2/3 innings. He struck out five in beating the A's for the first time in three career head-to-heads.
Steckenrider went the final 2 1/3 scoreless innings for his sixth save.
Kelenic had an RBI single in the second and Luis Torrens a run-scoring hit in the third, both off Oakland starter Cole Irvin (9-12), to overcome Oakland's early 1-0 lead.
In losing for the third time in three career meetings with the Mariners, Irvin staggered through three innings, allowing three runs and seven hits. He walked two and did not strike out anyone.
Kelenic, Torrens and Tom Murphy had two hits apiece for Seattle, which completed a 6-2 trip. The Mariners now head home, where they'll see the first-place Houston Astros three times at the end of a seven-game homestand.
Moreland and Andrus collected two hits apiece for the A's, who have lost four in a row and eight of 10. After a day off Wednesday, Oakland hosts the New York Yankees for four games to finish the week.