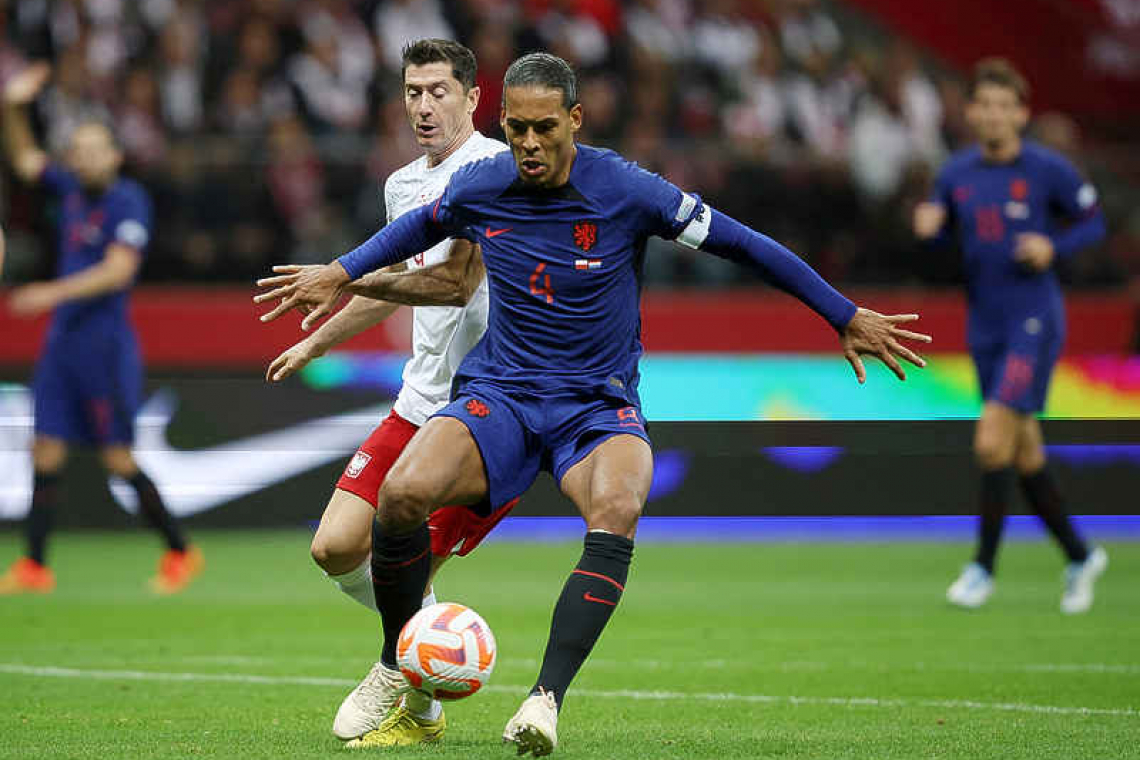 WARSAW- - Cody Gakpo scored early and Steven Bergwijn added a second to earn the Netherlands a 2-0 away win over Poland on Thursday and put them within one point of winning their Nations League group.

The unbeaten Dutch have now won four of their five League A Group Four games and are three points ahead of Belgium, who beat Wales 2-1.
The Dutch need only a draw at home to Belgium in Amsterdam on Sunday to secure a place in next year’s four-team Nations League finals.
Gakpo’s 13th-minute opener at the Narodowy Stadium came at the end of a slick passing move as the striker had only to tap home Denzel Dumfries’ inch-perfect square pass after the Polish defence has been prised apart.
Bergwijn doubled the lead in the 60th minute, coming in off the left flank to play a clever one-two with substitute Vincent Janssen and curling the ball expertly into the net.
The victory was deserved by the Dutch deserved as their high pressing game regularly robbed Poland of possession and allowed the visitors to dictate the tempo of the game.
But it might have been a different scenario had Poland’s halftime substitute Arkadiusz Milik not missed from point-blank range after being set up by Przemyslaw Frankowski’s cross shortly after coming on.
It was Poland’s only clearcut chance but Milik inexplicably put his effort wide to help the Dutch to their first clean sheet in seven games this year.
Dutch coach Louis van Gaal surprised by choosing 38-year-old Ajax Amsterdam goalkeeper Remko Pasveer, making him the country’s second oldest debutant after Sander Boschker, who was almost 40 when he won his only cap in goal against Ghana in a World Cup warm-up friendly in 2010.
Van Gaal told Dutch television before kick-off he was "intrigued" to see what Pasveer might add to the team after a good start to the season with Ajax Amsterdam, but there was not much for the goalkeeper to do.
Netherlands captain Virgil van Dijk said Poland had been difficult opponents.
"We played well and this was a well deserved win," he said.