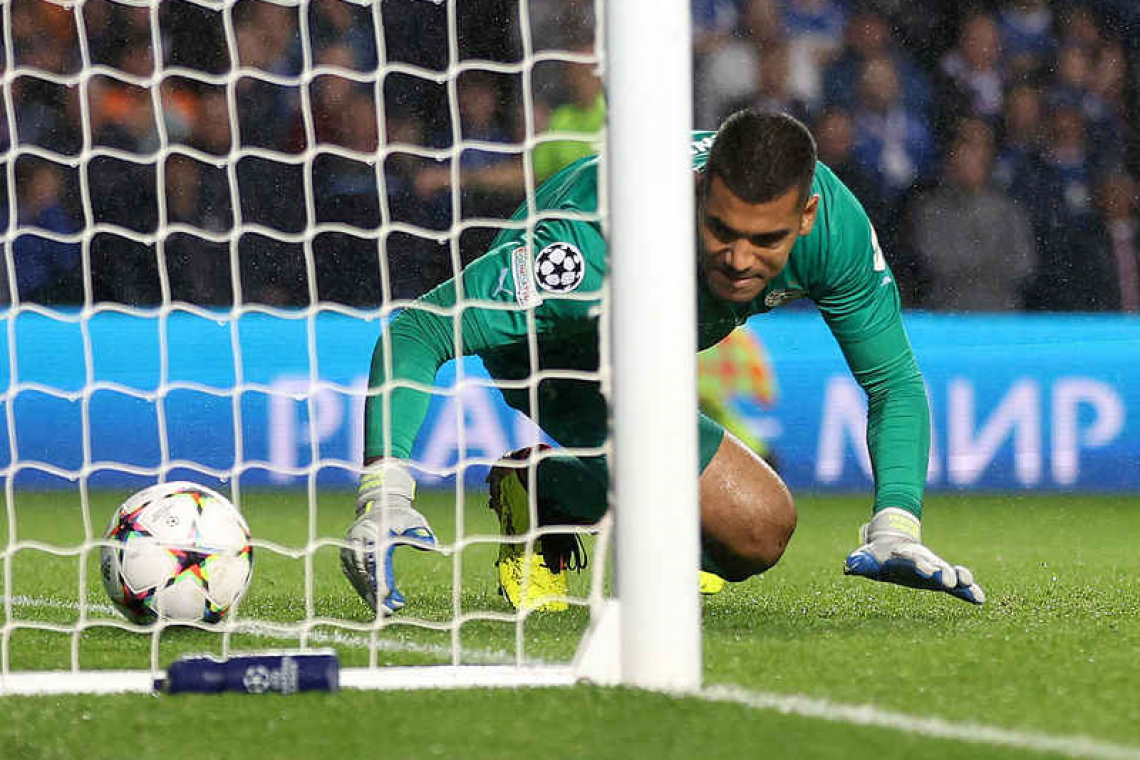 GLASGOW--PSV Eindhoven earned a 2-2 draw at Glasgow Rangers in their first leg of their Champions League playoff.
PSV head coach Ruud van Nistelrooy decided to start with Erick Gutierrez and Andre Ramalho in Scotland with Xavi Simons and Phillipp Mwene dropped to the bench.

Forward Luuk de Jong went close in the fourth minute but he fired over after being found by Joey Veerman. Rangers then took the initiative and the PSV defence had to hold strong as the home crowd roared their side on.
PSV withstood Rangers’ pressure and in the 37th minute, Ibrahim Sangaré fired PSV ahead after a cross from Jordan Teze.
PSV’s lead only lasted three minutes before Antonio Colak rounded off a fine attack to level the scores.
PSV created the better chances in the second half but they all fell to Ismael Saibari, who could not find the net on three separate occasions.
In the 70th minute, disaster struck as PSV goalkeeper Walter Benitez dropped a simple free kick from Tom Lawrence and the ball trickled over the line, making it 2-1 for the Rangers.
Benitez could thank Armando Obispo for saving his blushes as the defender headed in an equaliser, which earned PSV a draw to take back into Eindhoven.
Next week, PSV will be 90 minutes away from securing a place in the Champion League group stages.