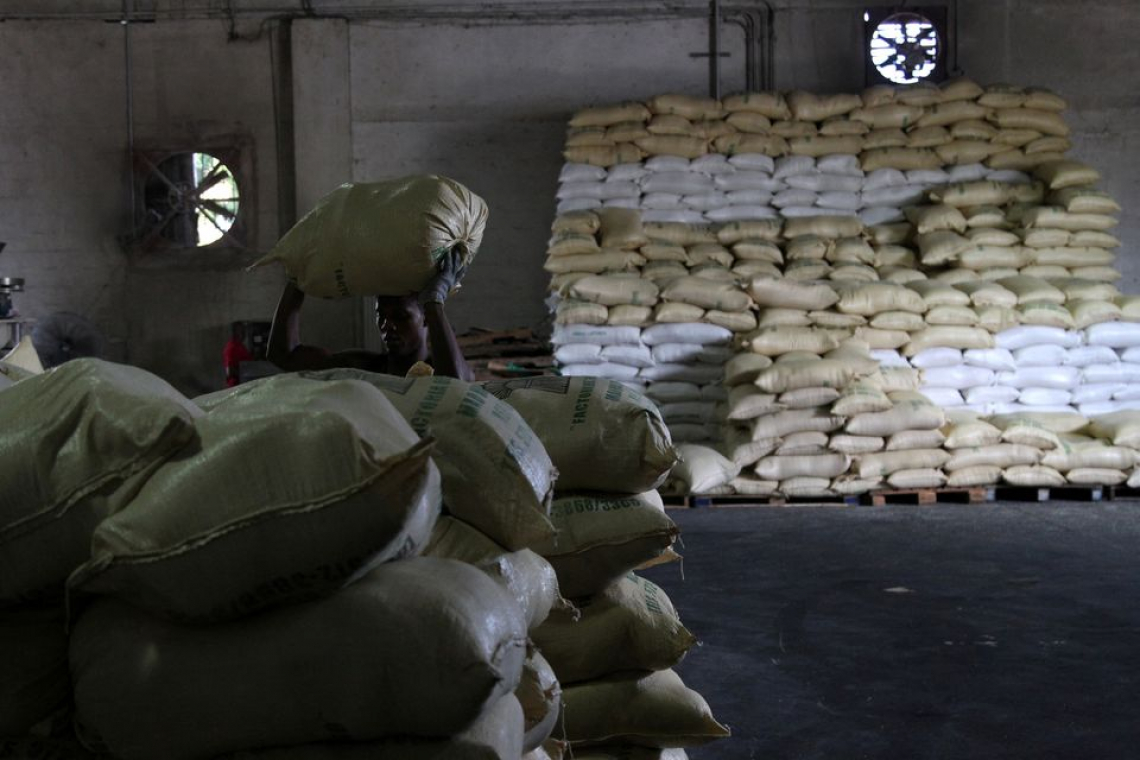 A worker of the Social State Plan carries a sack of sugar during preparation for Hurricane Maria in Santo Domingo, the Dominican Republic, on September 19, 2017. File photo credit Reuters/Ricardo Rojas.

WASHINGTON, DC--The United States and the Dominican Republic (DR) on Friday said they would form a technical working group to help improve labour law enforcement in the DR sugar sector amid concerns voiced by US lawmakers about “slave-like” conditions reported there.

The group will include representatives from both countries’ trade, labour and foreign affairs ministries, with other agencies involved as needed, they said in a joint statement released by the Office of the US Trade Representative.
“This joint endeavour takes into account the commitment of the two countries to enforce labour laws – including those regarding forced labour, improve labour conditions ... and continue their long-standing partnership on addressing these issues,” the statement said.
US Representative Earl Blumenauer, who chairs the House Ways and Means trade subcommittee, and 14 other lawmakers in January urged US Trade Representative Katherine Tai and other top Biden administration officials to investigate continuing allegations of labour exploitation and forced labour in the Dominican Republic’s sugar industry.
The lawmakers asked US officials to look for ways to address potential violations, including under the Dominican Republic-Central America Free Trade Agreement (DR-CAFTA) that was signed in 2004, and other US trade laws.
The US Labor Department in 2013 found evidence of “apparent and potential labour violations”, including concerns about acceptable working conditions, child labour and forced labour in the DR sugar sector, following a complaint filed in 2011.
Its most recent review in 2018 determined the Dominican Republic was taking positive steps to address some of the issues, but the lawmakers said recent media reports showed that labourers of Haitian descent continue to face “appalling” conditions.
“The conditions reported indicate that we must do more to ensure compliance with domestic labour laws and international labour standards, including those embedded in the DR-CAFTA,” they wrote. “Workers in the sugar sector are reportedly forced to work in slave-like conditions. We are simply not doing enough.” ~ Reuters ~