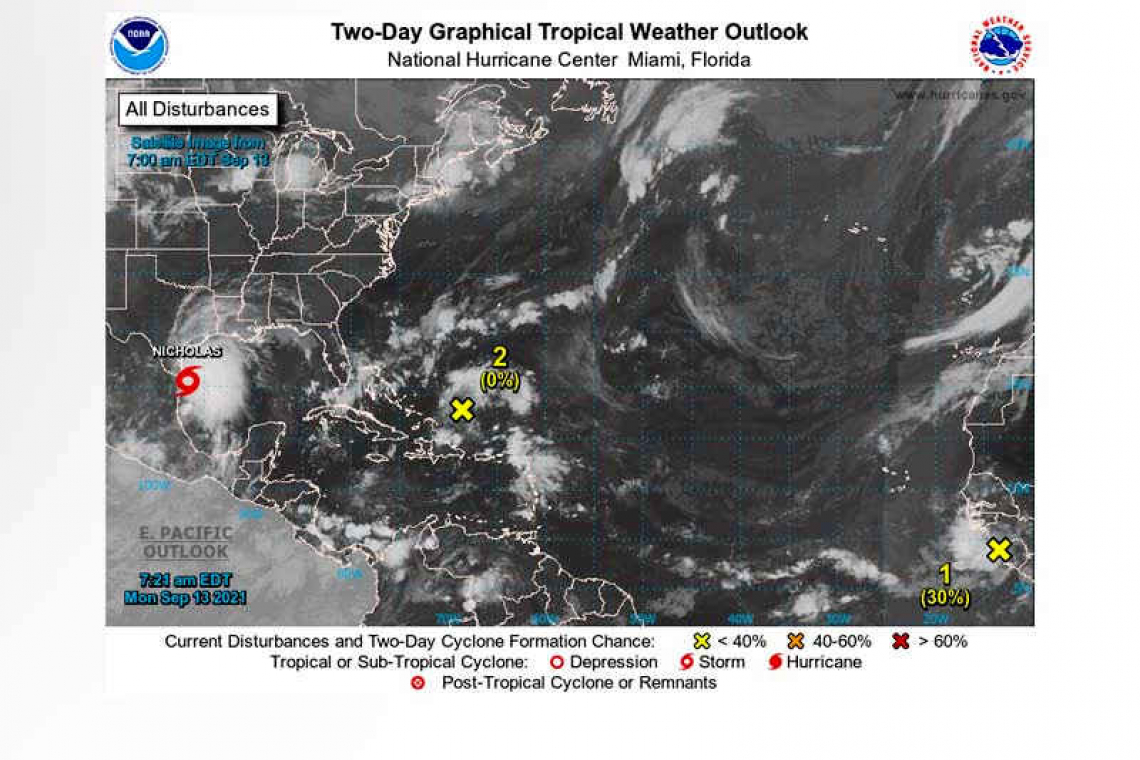 The National Hurricane Center is issuing advisories on Tropical Storm Nicholas, located over the western Gulf of Mexico.

A tropical wave has emerged off the west coast of Africa near the coasts of Guinea and Sierra Leone. Environmental conditions are forecast to be conducive for gradual development of this disturbance, and a tropical depression is likely to form by late this week while the system moves westward at 10 to 15 mph across the eastern tropical Atlantic Ocean. 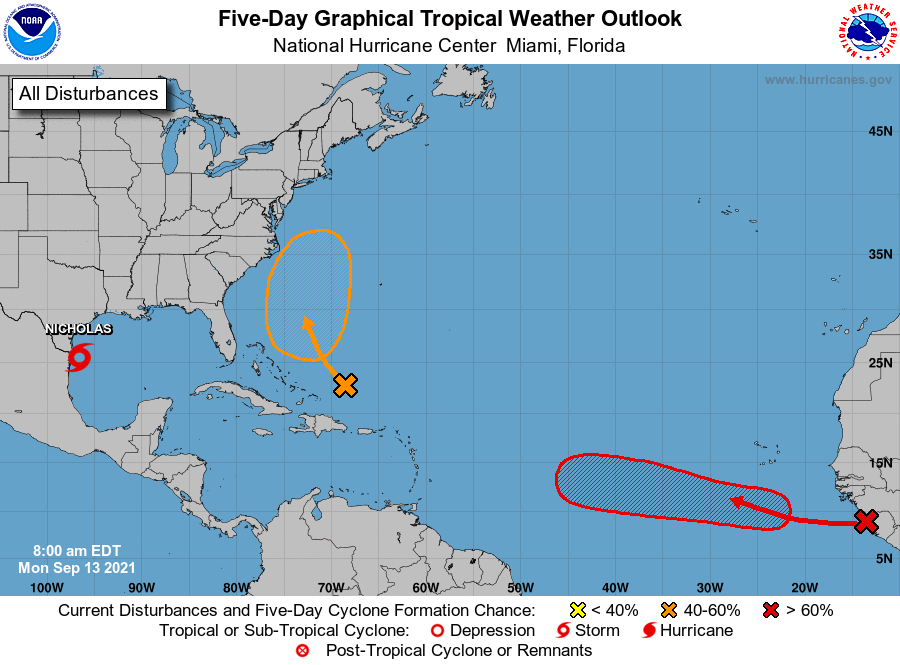 An area of low pressure is forecast to form by midweek a couple of hundred miles north of the southeastern or central Bahamas as a tropical wave interacts with an upper-level trough. Some gradual development of this system is possible thereafter, and a tropical depression could form later this week while the system moves north-northwestward or northward across the western Atlantic.