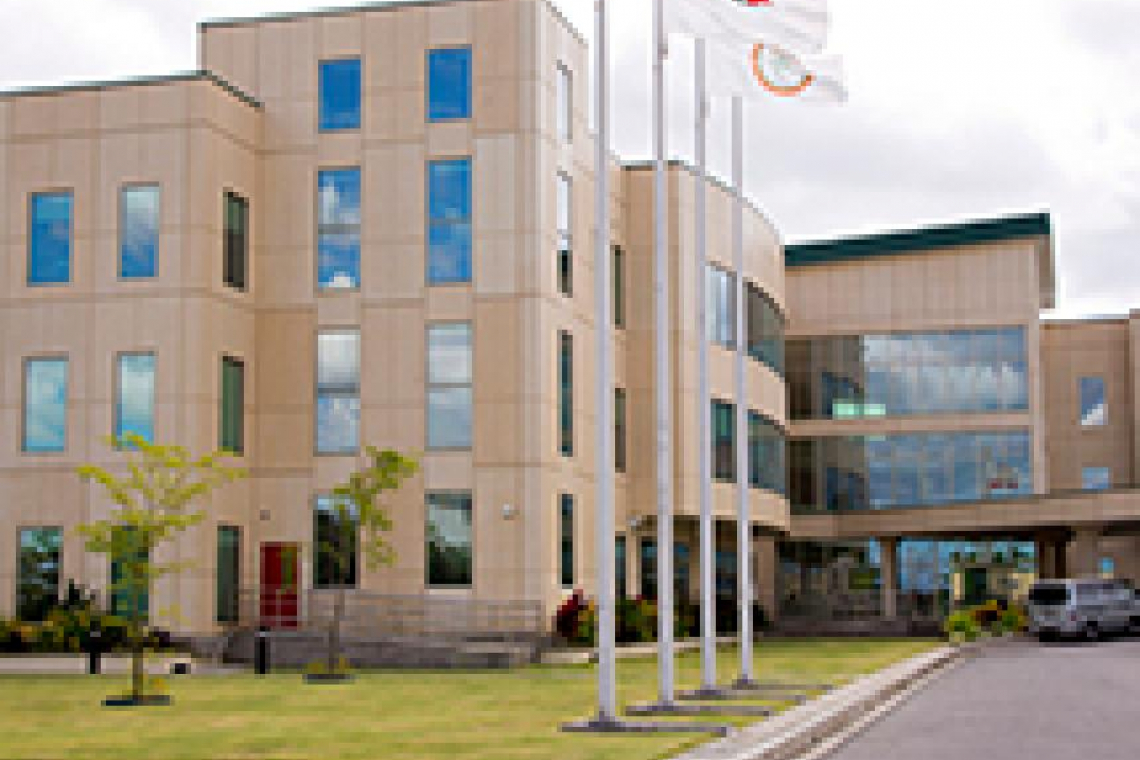 PORT-OF-SPAIN, Trinidad--With Europe suffering from natural gas curtailment due to the ongoing conflict between the West and Russia, there continues to be reduced petrochemical production out of the continent and Trinidad and Tobago (T&T) has been shipping significant amounts of ammonia to northwest (NW) Europe to try and shore up the market.

Nutrien, T&T’s largest producer of ammonia, has announced plans to sell two cargoes into the European market next month. It is also selling significant volumes into the North African country of Morocco.
“Nutrien has sold two cargoes into NW Europe loading from Point Lisas in September. Trinidad is further supplying four cargoes, totalling 112,500 tonnes (t), to OCP for delivery into Jorf Lasfar, Morocco, in the early part of September,” Argus Media is reporting.
It added, North American fertiliser producer Nutrien announced the sale of a 10,000t Trinidad cargo for delivery to northwest Europe at US $1,290/t cost and freight (CFR) duty-free, $5/t higher than when Argus assessed the region on August 24.
The cargo will load in the second half of September from Point Lisas.
On August 19, Nutrien announced the sale of a spot ammonia cargo from Trinidad into northwest Europe within Argus’ northwest Europe CFR August 18 price range of $1,225-1,275/t CFR duty-free/paid.
The vessel is expected to load in early September, and nets back to $1,170-1,180/t freight on board (FOB) Trinidad, Nutrien said.”
According to Argus Media, European curtailments have meant even higher prices for ammonia which edged up last week by US $15 per metric tonne.
It reported that European production costs have soared above the market price since mid-June, but as feedstock costs breached $3,000/t this week, several producers made the decision to bring production offline, with some planning to switch to imports, and take advantage of steady global supply options for ammonia until the end of October.
“This supply optionality, particularly in the Americas and Middle East, is preventing a steep escalation in European-delivered pricing for now. But the disconnect between the west and east of Suez markets is increasing. Buyers in east Asia are preparing for steep competition for fourth-quarter cargoes, but thin prompt demand is keeping prices flat,” it noted.
Argus is reporting that there is potential for some stability into September, but sellers may look to slowly increase offers in order to prevent any downstream destruction. A supply crunch could, therefore, emerge from November when seasonal demand ramps up.
Meanwhile, Yara is the latest ammonia producer to confirm it is implementing further curtailments. The planned shutdowns across its European fertiliser plants will be concentrated mostly at its Sluiskil and Tertre factories in the Netherlands and Belgium.
Yara has been ramping up ammonia shipments from its supply sources in Trinidad, the US and north Africa to cover its higher requirements.
Argus has assessed that much of the gas price rally since August 19 was driven by Russian state-controlled Gazprom, which announced it would halt gas deliveries through the Nord Stream pipeline for a three-day maintenance period from today, August 31, to September 2.
This has raised fears that flows will be suspended for longer.
“But even if Nord Stream flows return to 20% of capacity as scheduled in early September, sustained low Russian gas flows and a growing crisis in the power sector point to an extremely tight gas supply-demand balance in Europe this winter.
“Low availability in France’s nuclear power plant fleet, low hydropower reservoir levels and logistical issues hampering the transport of coal in Germany suggest a need for strong gas burn from the power sector,” states Argus.
No new purchases are reported out of Morocco, but the September line-up has grown to 135,500t, the majority of which will be supplied from Trinidad.
Trinidad is the leading source of ammonia for Morocco this calendar year.
Four cargoes, totalling 112,500t, are scheduled to arrive at Jorf Lasfar between September 2 and 20 from Trinidad and Tobago, with an additional 23,000t arriving from the US Gulf.
Trade in the southern US ramped up this week, pushing Midwest pricing higher while sparse demand kept corn belt values unchanged week-to-week as crops continue to develop and farmers have yet to evaluate their needs for the fall application season.
In the US Gulf Coast, New Orleans and Louisiana (NOLA) barge values remained at $995-1,000/t fob (freight on board) amid thin trade as producers export tons to Europe and North Africa, seeking to move the market towards a more balanced state as demand from downstream consumers lulls through the off season.
Some market expectations remain for either a roll-over or small increase to the September Tampa contract, despite recent news of nitrogen fertiliser output curtailments across Europe as feedstock costs surge.
Participants also cite a lack of import demand from US buyers, limiting gains to settlement, as well as increased competition with US producers for ammonia shipments to importers.
But FOB pricing in the Caribbean suggests that there may an argument to negotiate the Tampa price towards the $1,200/t CFR level. ~ Trinidad and Tobago