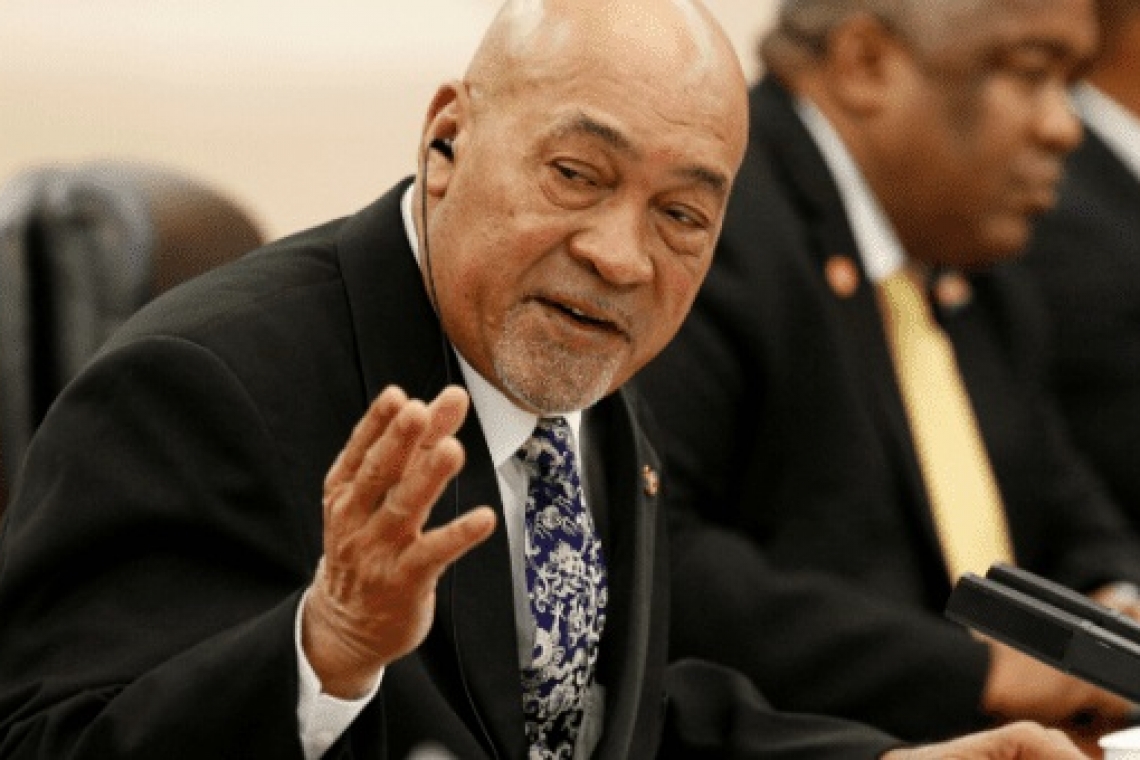 PARAMARIBO--Amid accusations that it is taking advantage of its position and the ongoing coronavirus pandemic to gain mileage toward the upcoming general elections, government has announced that it is drafting a set of protocols that will apply when the polls open on May 25. President Desi Bouterse announced this at a meeting he held on Monday with all political parties that are taking part.

Seventeen parties have registered to run against Bouterse’s National Democratic Party (NDP). The 74-year-old former army sergeant turned politician will be running for his third term as head of state.

There have been calls for the elections to be postponed, at least until next year, as public life in Suriname and abroad has been totally disrupted by the corona pandemic. But according to government, there is no need for that. It cited Article 56 of the Constitution, that dictates that the legislative period of a government may not exceed five years; the only exceptions are in case of war or other extraordinary circumstances.

The meeting between President Bouterse and the political parties on Monday, left it unclear if government would still consider a postponement, with Bouterse only saying that he was following the course laid out by the COVID-19 management team.

With the May 25 date now around the corner, election campaigns have slowly been roaring to life in recent weeks; most candidates have been making creative use of online media to reach their audiences.

Parties shared a host of complaints and concerns during the meeting, it was reported by De Ware Tijd daily newspaper. They said the lockdown and social distancing measures that have been taken against the coronavirus are creating an unbalanced playing field. “We know that the coalition parties are taking advantage of their position and that they are going ahead with their propaganda activities straight through the measures,” said DOE party leader Steven Alfaisi.

NPS parliamentarian Ivan Fernald said parties had asked about easing the ban on gatherings shortly before May 25, to allow parties to hold rallies with more than 10 people. VHP chairman Chandrikapersad Santokhi said he had seconded this request, suggesting to allow political gatherings of up to 100 people, to facilitate the parties’ activities. “They said they are evaluating developments as time progresses and that all decisions will be based on that,” said Alfaisi.

Abop party and faction leader Ronnie Brunswijk charged that he had video footage of a big rally the NDP had held in the hinterland over the weekend, for which NDP officials were flown in from Paramaribo. “Government has stopped all internal flights, but it appears this does not apply to NDP,” said Brunswijk, who is famous for the “Interior War” his Jungle Commando guerrillas waged against the National Army in the 1980s, which was then commanded by Bouterse. He said if NDP was allowed to hold big rallies in the hinterland, other parties should be too.

Alfaisi chimed in, saying that DOE had also heard about rallies that were being held by NDP under the guise of government activities. “It is cause for concern that there is no equality and that NDP is misusing its position, while creating health risks,” he said. He said while DOE wanted equality, it would adhere to the rules and legislation and “continue to be creative in getting out our message under the current odd circumstances.”

Government has denied Brunswijk’s allegations, stressing that the footage he was referring to was from a rally in 2018. Authorities said nonetheless that they would look at the possibility of allowing parties to travel to the hinterland with limited groups, to carry out campaigning activities. Bouterse said this would be included in the corona protocol government is drafting regarding the elections.