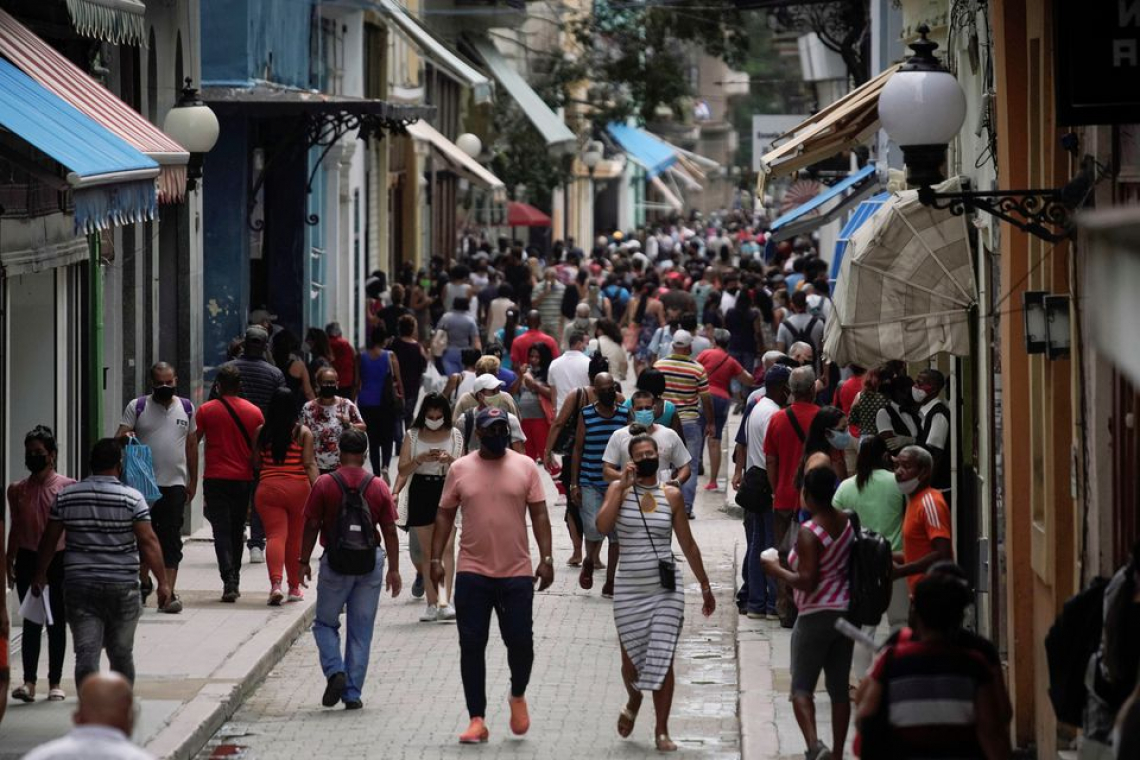 People walk in a commercial street amid the rise in cases of the coronavirus disease COVID-19, in Havana, Cuba, on June 15. Photo credit: Reuters/Alexandre Meneghini.

MOSCOW, Russia--Russia has sent a shipment of coronavirus-related humanitarian assistance to Cuba, including one million medical masks, the Defence Ministry said on Saturday, adding President Vladimir Putin had given instructions for the aid.

Cuba, which kept coronavirus infections low last year, reported the highest rate of contagion per capita in Latin America, last week. That has strained its healthcare sector and helped stoke rare anti-government protests earlier this month on the Communist-run island.

Two military planes carrying 88 tonnes of aid – including food and personal protective equipment, including over a million medical masks, departed from an airfield near Moscow on Saturday, the Defence Ministry said in a statement.

“On the instructions of the Supreme Commander-in-Chief of the Armed Forces of the Russian Federation, Vladimir Putin, military transport aircraft are delivering humanitarian aid to the Republic of Cuba,” the ministry said.

The ministry did not mention the United States, but with its aid to longstanding ally Havana, Russia could also be looking to make a point against Washington.

The Cuban government has blamed the protests mostly on what it calls US-financed “counter-revolutionaries” exploiting economic hardship caused by decades-old US embargo. Government critics say the island’s economic woes are caused largely by the inefficiencies of the state-run system.

Mexico said on Thursday it would send to Cuba two navy ships loaded with medical and food supplies, including syringes, oxygen tanks and masks, along with powdered milk, cans of tuna, beans, flour, cooking oil and gasoline.

Mexican President Andrés Manuel López Obrador has blamed the US embargo for fomenting the unrest in Cuba.

With a population of 11 million, Cuba reported nearly 4,000 confirmed coronavirus cases per million residents over the last week, nine times more than the world average, in an outbreak fuelled by the arrival of the more contagious Delta variant on the island. ~ Reuters ~