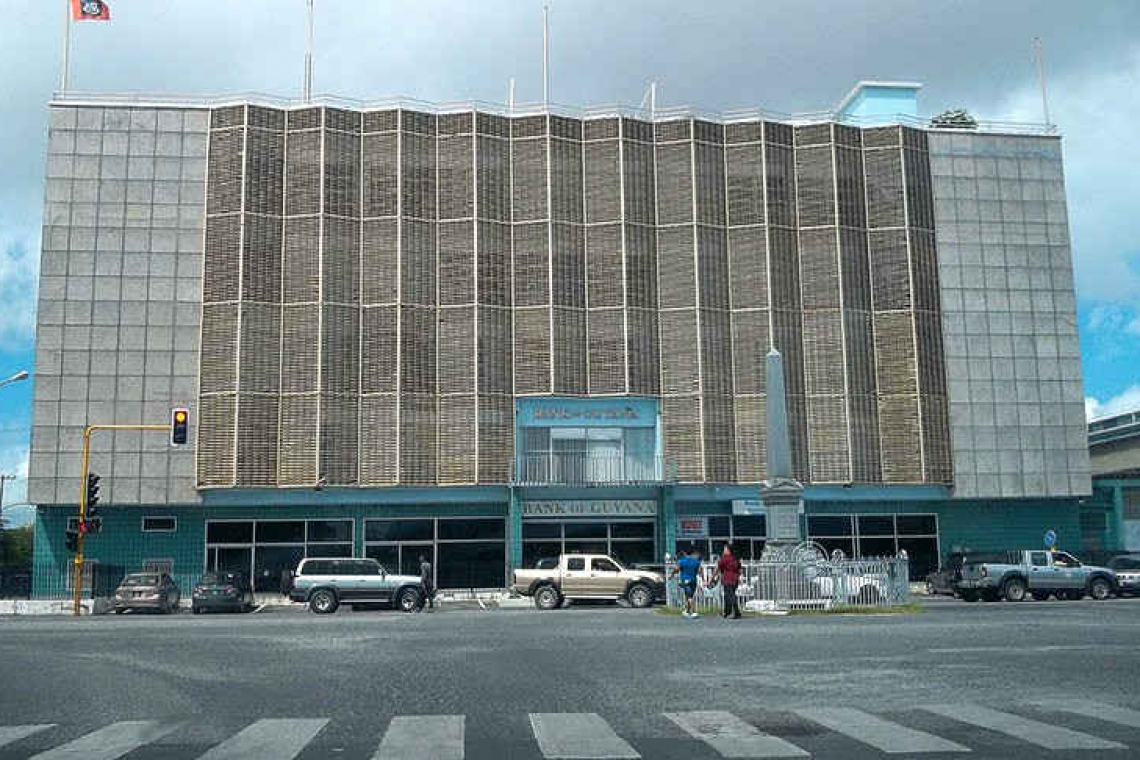 GEORGETOWN, Guyana--With questions being raised about the strength of the Guyana dollar (GYD) against the US dollar and whether this should be increased in view of Guyana’s oil wealth, the People’s Progressive Party/Civic (PPP/C) government is making it clear that sudden increases in the value of the GYD can wreak havoc on the economy.

During a recent engagement with members of the diaspora, President Dr. Irfaan Ali was asked about the government’s plans for strengthening the GYD. Currently, US $1 is worth GYD 210. But he urged persons to consider the economic ramifications of a sudden increase in currency value.
“Sometimes we look at the glass and say it’s half empty or half full. I’m sure you’re asking the question; you understand the implications of what you’re asking? It has severe implications. And it’s something we have to guard against. If the currency changes overnight, it has severe implications.”
“If that happens, you have overnight structural changes in the value of things. You would have tremendous erosions. One of the biggest management issues we have is on the monetary side. We have to exercise great control and management on the monetary side. We cannot become fanciful,” he said.
He urged that Guyana stick to the basics, rather than get carried away. According to him, their priorities should include ensuring the improvement of services in Guyana, such as in healthcare and education.
Meanwhile, Vice President Bharrat Jagdeo, during his recent press conference, explained that while there has been a greater supply to the market of foreign currency, care needs to be taken that the Guyana dollar does not rise in value too quickly. According to him, this could kill Guyana’s manufacturing and other productive sectors. He noted that the government is watching the market very carefully.
“Often, you look at the price of the country [which – Ed.] is a consequence of the demand and the supply. Now, often in markets like ours, where the markets are very shallow and fragmented, you don’t have equilibrium or reach based on those principles. It could be adjusted or distorted a bit.”
“However, just to avoid the ‘Dutch disease’ – everyone has been warning about [this] – we have to pay careful attention. We cannot allow the currency to strengthen [the] Guyana dollar too rapidly. It could kill the manufacturing and agriculture sector,” Jagdeo said.
Guyana’s oil and gas sector has catapulted Guyana’s economy to becoming the fastest growing in the region, with economic growth rates of 47.9% and 34.3% projected for 2022 and 2023, respectively. According to the World Bank, this is the highest projected growth rate in the Latin America and Caribbean region.
ExxonMobil has made over 30 oil finds in the Stabroek Block and anticipates at least six projects offshore Guyana will be online by 2027. Production has already started in the Liza phase 2 development, with the Liza Unity floating production storage and offloading (FPSO) vessel in operation.
The third project – the Payara Development – will meanwhile target an estimated resource base of about 600 million oil-equivalent barrels and was at one point considered to be the largest single planned investment in the history of Guyana.
Meanwhile, the Yellowtail development, which will be oil giant ExxonMobil’s fourth development in Guyana’s waters, will turn out to be the single largest development so far in terms of barrels per day (bpd) of oil, with a mammoth 250,000bpd targeted.
The oil-rich Stabroek Block is 6.6 million acres (26,800 square kilometres). Exxon, through subsidiary EEPGL, is the operator and holds 45% interest in the Block. Hess Guyana Exploration Ltd holds 30% interest and CNOOC Petroleum Guyana Limited, a wholly-owned subsidiary of CNOOC Limited, holds the remaining 25% interest. ~ iNews Guyana ~