Quantity of ammunition in tens of thousands seized at Haiti wharf 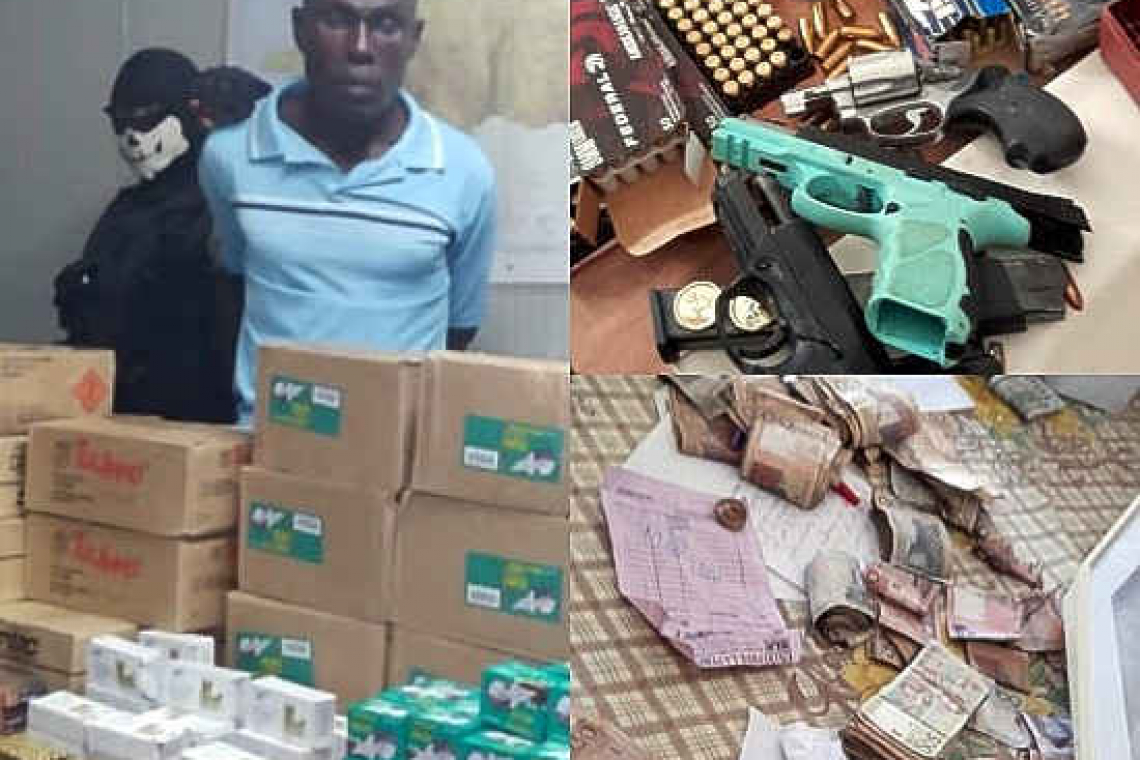 Arrestee Fritz Jean Relus with some of the weapons and ammunition.

PORT-DE-PAIX, Haiti--An operation carried out by the National Police of Haiti PNH with the support of Customs agents, at the wharf of Port-de-Paix, on Friday, July 1, followed by a search of the home of a person known as Edy Lafrance, allowed the seizure of 120,000 munitions distributed in 157 cases (114,000 calibre 5.56 millimetre (mm) for assault rifle type AR-15 and M-16; 2,000 calibre 9mm and 4,000 calibre 7.62mm with high penetration capacity for assault rifle type AK-47 and AKM-59.)

During this same operation, 2.9mm-calibre pistols, a 38-calibre revolver, 30 magazines and 20 AK-47 rifle cases, US $3,890 and 814,343 Haitian gourdes (US $7,086) were also seized.
According to initial information, this ammunition, these weapons and accessories were imported from the United States and transported to Port-de-Paix aboard a Cargo Shipping Lines cargo boat called Lilie from Florida.
After a search of the home of Lafrance, Fritz Jean Relus, who had received part of this cargo hidden in “seven barrels”, was arrested on the orders of Me Michelet Virgile, Government Commissioner at the Court of First Instance of Port-au-Paix, on the charge of complicity in the illicit trafficking of firearms.
The police issued three “wanted” notices for Haitians Marie Guirléne Estimable (exporter), Wilfrid Estimable (importer) and Lafrance for the storage and illegal distribution of weapons and ammunition.
Moreover, according to the North-West Departmental Directorate of the PNH, legal measures will be taken against the company Cargo Shipping Lines which transported these weapons and ammunition illegally. ~ SL/HaitiLibre ~