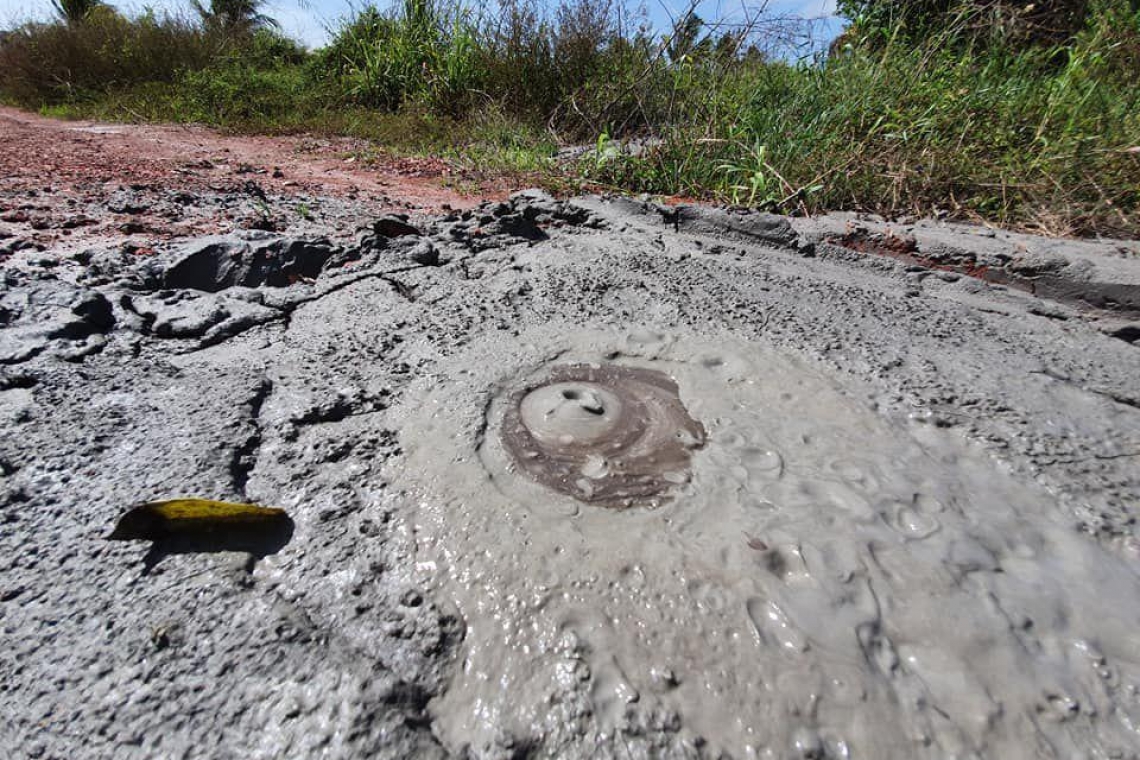 Moonan stated that samples were collected for analysis and the activity was being monitored.

He posted photographs of the mud volcanoes to social media.

Moonan wrote, “New mud volcanoes! At least six new mud volcano cones have appeared over the last week in RE Trace, Los Iros. The new cones all occur along the trace of the August 21, 2018, earthquake fault rupture which completely offset the roads along RE Trace.”

He said an oil sheen and strong scent of hydrocarbons accompanied the mudflow.

In October, Moonan said drone surveys indicated that the volcanic activity was so intense that citizens were being advised to refrain from entering the site.

He was unable to say when the volcano was likely to erupt.

A team from the Geological Society of Trinidad and Tobago visited the site following reports of fissures and cracks around the area.

Moonan said at least one house was severely damaged, with an extension being detached from the main structure.

An evacuation plan was devised for residents in case of emergency.

The Piparo mud volcano erupted in 1997 causing catastrophic damage to over 33 homes in the area. ~ Daily Express ~