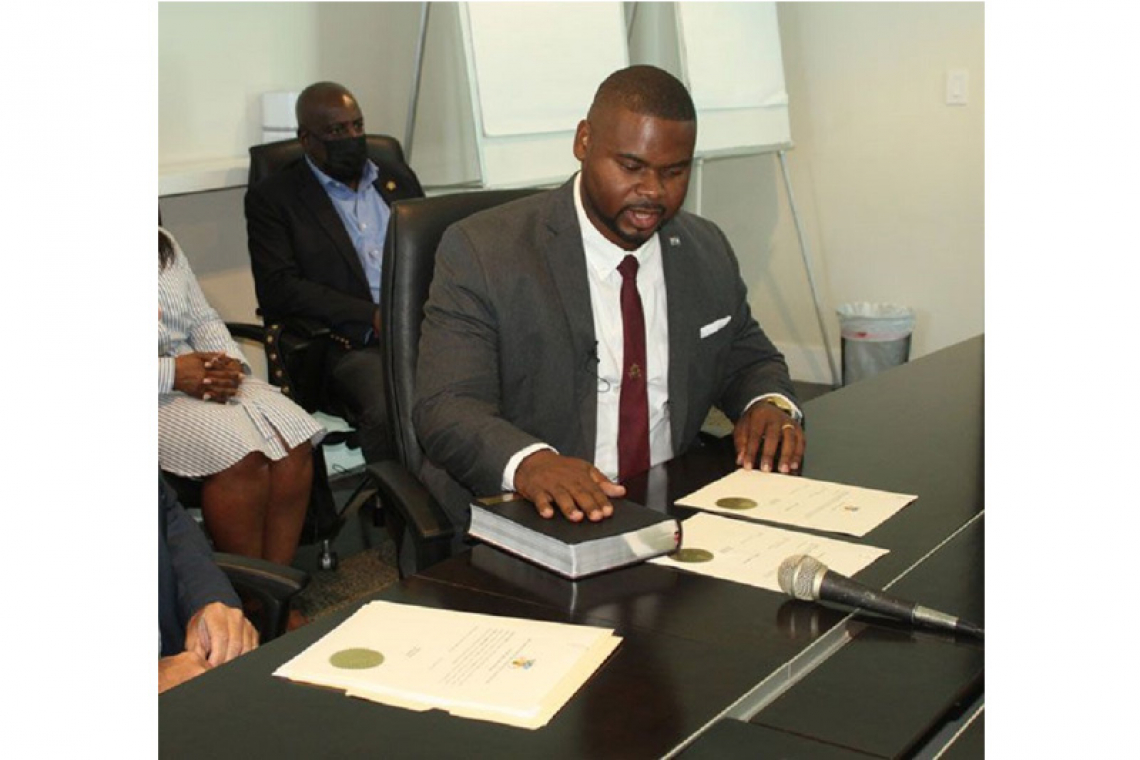 COCKBURN TOWN, Turks and Caicos--There are new concerns about a new COVID-19 variant that is now circulating in other parts of the world, and it has already popped up in the Turks and Caicos Islands (TCI).

According to the World Health Organization (WHO), the new variant “Mu” has the potential to be problematic as it has displayed “potential properties of immune escape.”

In layman’s terms, that means the vaccine would possibly be less effective against it.

On Wednesday, September 8, the Ministry of Health confirmed that a single individual who has since recovered, had been identified with the Mu variant.

This result was included in the last batch of results received from the Caribbean Public Health Agency for sequencing on July 30.

In light of this announcement, concerns about transparency were raised by residents as it relates to critical information being withheld from the public.

Speaking at a national press conference on Wednesday, September 8, Acting Chief Medical Officer (CMO) Dr. Jeremy Claude Myers explained that at the time the Mu variant was listed among eight other results, which identified four cases of the Delta variant in the TCI, it was not named or classified as yet.

He said, “As a point of clarification, at the time that this was detected in the Turks and Caicos, it had not yet had the name Mu, essentially, when we got our sequencing results on the 30th of July.

“At that time, we were still using what we call a lineage name, which is the B.1.621, and it is only as of August 30, that this was given the name by the World Health Organization of Mu.”

He explained that since the pandemic began, the WHO has identified four variants of concern, three of which have been detected in the TCI. He said: “These are the Alpha, Beta, Gamma and Delta; of note, only the Beta is yet to be confirmed in our local population.

“[As to – Ed.] variants of interest, up to recently the World Health Organization has only named five: these are, namely, Eta, Kappa, Lambda and more recently, which was confirmed in TCI, the Mu.”

The CMO stressed that regardless of what variants are detected in Turks and Caicos the treatment and management of how health authorities and residents deal with the pandemic is the same.

Also addressing the issue of transparency, Minister of Health Jamell Robinsion made it clear that the ministry is not withholding imperative information from the public. He said: “Only last week was the Mu variant added to the World Health Organization’s list of variants of interest.

“So, for folks to be misleading the general public as if the Ministry of Health is hiding information is nonsense. We want everybody to be safe and know what is taking place in this country ... it’s our duty to keep the information flowing.

“So, you are updated regularly so you at least know what’s taking place, because this is something that is continuously monitored by the Ministry of Health,” he added.

Myers reminded residents that there will always be new variants with this virus, and urged people to get vaccinated as it is touted as the best tool to stop the spread.

He said: “Viruses are known to mutate and result in variants, which may have different characteristics. All viruses, including the … virus that causes the disease COVID-19, change over time. Most of the changes have little to no impact on the virus’s properties,” he added.

He further explained that there are some changes that may affect how easily a variant spreads, which is known as its transmissibility, as well as “the associated disease severity, which is what we would classify as its virulence, and the effects of public health measures such as vaccines – how effective these are against the virus.”

The Delta variant remains the dominant variant circulating in at least 170 countries since it was first identified in October 2020 and has rapidly spread and is highly transmissible. It may also be associated with more severe disease.

A recent statement from the Ministry of Health said the Mu variant, or B.1.621, was added to the WHO’s list of variants “of interest” only on August 30, and has mutations which may indicate that it can evade the immune protection provided by natural infection or vaccination.

The Mu variant was first detected in Colombia but has now been confirmed in over 39 countries.

Additionally, SARS-CoV-2 or COVID-19 variants, if considered to have concerning epidemiological, immunological or pathogenic properties, are raised for formal investigation.

The ministry underscored that vaccines remain critical to the overall response to the COVID-19 pandemic and are still shown to be effective in reducing the risk of contracting COVID-19 as well as preventing hospitalisation and death, including against the circulating variants. ~ Turks and Caicos Weekly News ~