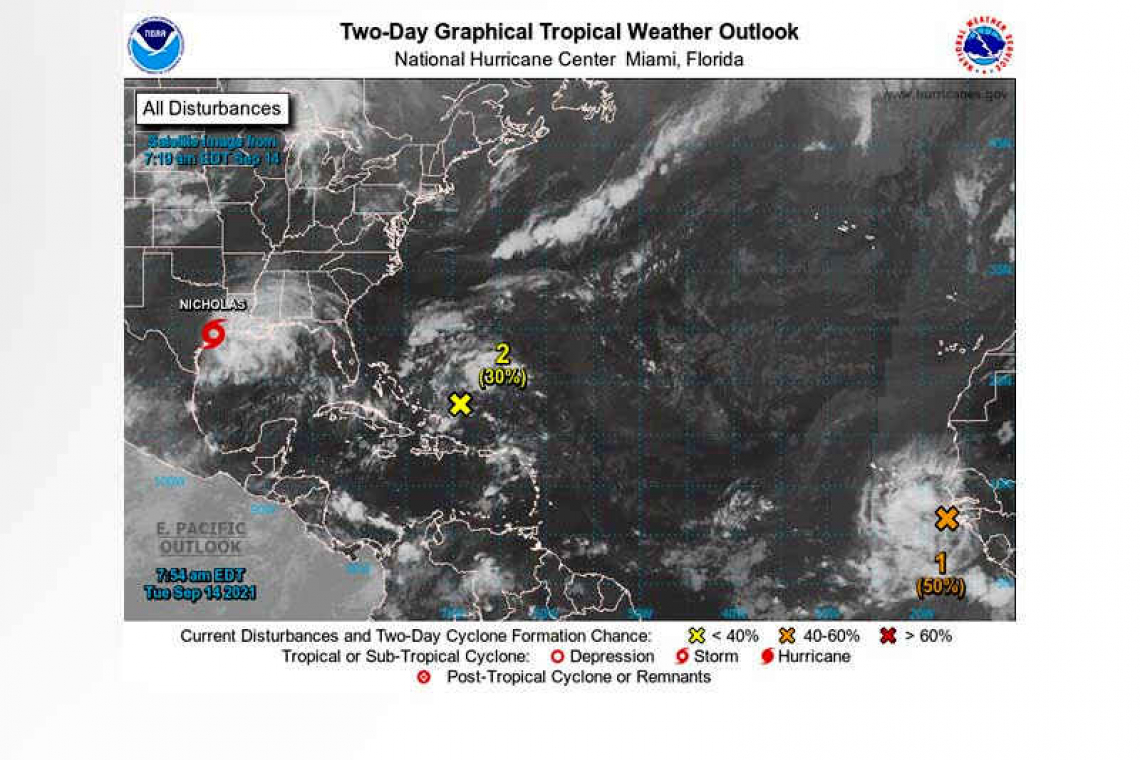 A tropical wave accompanied by a well-defined low pressure system is located about 400 miles southeast of the southern Cabo Verde Islands. Associated shower and thunderstorm activity continues to show signs of organization, and environmental conditions are conducive for a tropical depression to form during the next couple of days while system moves generally westward at about 15 mph across the eastern tropical Atlantic Ocean. 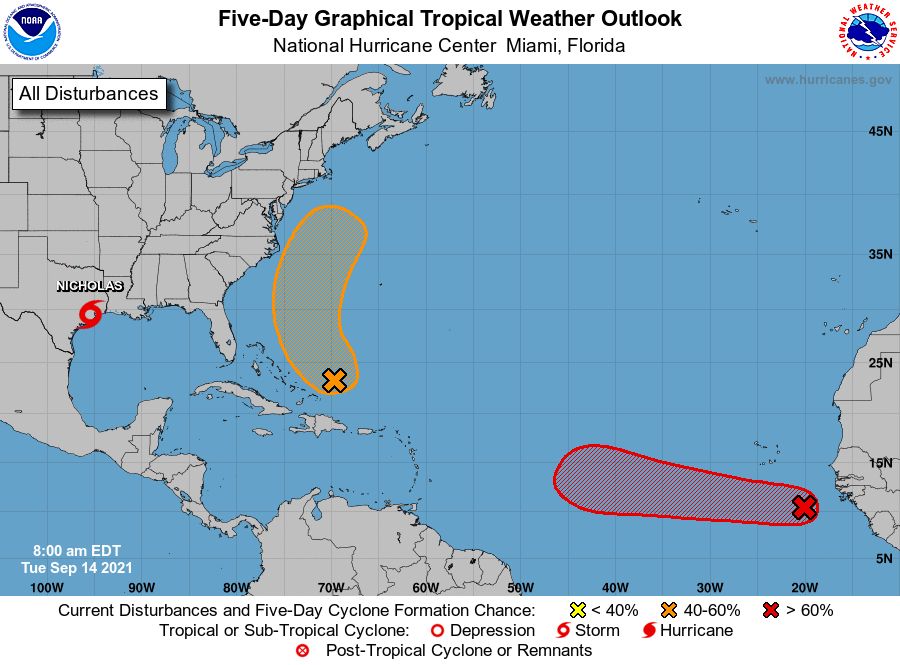 An area of low pressure is expected to form during the next day or two a couple of hundred miles north of the southeastern or central Bahamas as a tropical wave interacts with an upper-level trough. Some gradual development of this system is forecast thereafter, and a tropical depression could form later this week while the system moves north-northwestward or northward across the western Atlantic.