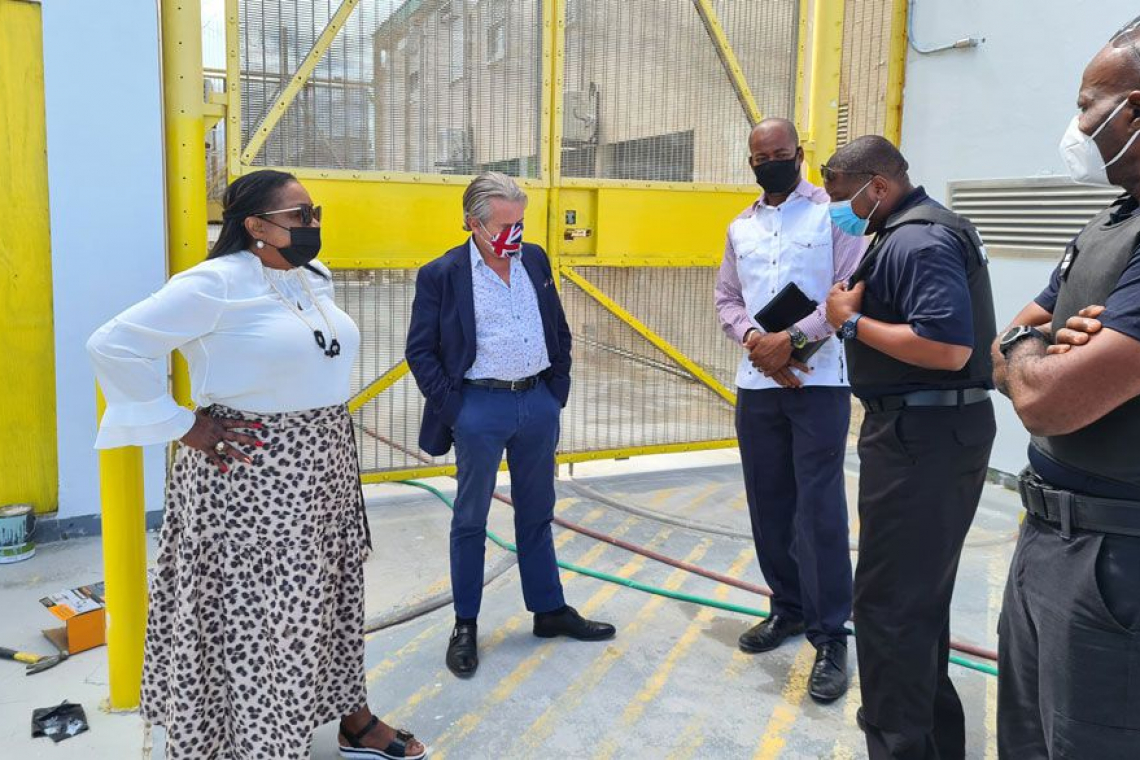 GRAND TURK, Turks and Caicos--Home Affairs Minister Otis Chuck Morris said his ministry is immediately seeking to bid in the budget for the redevelopment of infrastructure at Her Majesty’s Prison (HMP) Grand Turk.

Works will address the facility’s collapsing buildings, dysfunctional sewers and condemned water cisterns and facilities, he said in the House of Assembly on Tuesday, March 30.

Morris told members that improvements to the structural security will allow management to fully focus on the rehabilitation and reform programmes that are critically needed.

“These programmes would foster, cement and support a spirit of hope in prisoners and the desire to be better, more productive citizens in our communities,” he said.

“This is possible, and I am confident that two years from now this institution will be an effective institution for reform and change.”

The prison’s crumbling infrastructure has long been a subject of concern.

In November 2018, Sabrina Green, Director of the Turks and Caicos Islands (TCI) Human Rights Commission, said HMP Grand Turk was “not fit for human habitation” and should be condemned.

She said it breached several UN standards and inmates had been “dehumanised” by poor living conditions, leaving little room for rehabilitation.

Green added that a modern prison should be built in its place with appropriate resources made available for rehabilitation.

During his ministerial address last week, Morris spoke passionately about the prison, which he had visited just a week earlier, on March 23 and 25.

“I am aware that the prison has recently emerged from a period of grave instability, and it is certainly now in a much better place, but this sense of stability remains fragile,” he said, “not least of all because of the very nature of the business, but also due to the absolutely critical need for the immediate rehabilitation of the facilities and the urgent improvement to the state of living of those we have responsibility and care for.”

He said he is constantly reminded of the words of the late Nelson Mandela, who stated, “A nation should not be judged by how it treats its highest citizens, but its lowest ones.”

“Based on that rule, and the deplorable state of HMP, we would certainly be judged very harshly as a nation,” Morris said.

“Indeed, words such as inhumane, cruel and unjust are just some of the labels that would come to mind, and we would be known as a nation that has no heart for the most vulnerable of our citizens.”

He said there are some people who would deem this a fitting environment for offenders and those who seek to terrorise local communities.

But he added, “We must forever be reminded that, these are our very own sons and daughters, our siblings, our nieces and our nephews.”

“While we support a system of justice for their actions, we should want that to be in an environment that promotes and supports the opportunities for their full rehabilitation and reform.

“Because the fact is, prisoners will one day re-enter society and when they do, they become our neighbours, our in-laws and our colleagues, and it is our responsibility to ensure that they have the greatest potential for success once they have resettled.

“This is only possible if we do what is right, and we must do it, if for no other reason than the fact that prisoners too are human beings and should be treated as such.”

Morris thanked new Prison Superintendent David Bowden and his staff for the daily work that they do to maintain stability and control of the prison, and for their care of the inmates.

He also acknowledged Governor Nigel Dakin, Premier Charles Washington Misick, the deputy speaker and his ministerial colleagues for their support and interest in the prison.

“But having visited the prison twice now, I must also commend the prisoners themselves, for the efforts that they too are making to help ensure that the institution is a safe and calm environment, which would allow for the eventual and successful rehabilitation and resettlement of offenders.” ~ Turks and Caicos Weekly News ~