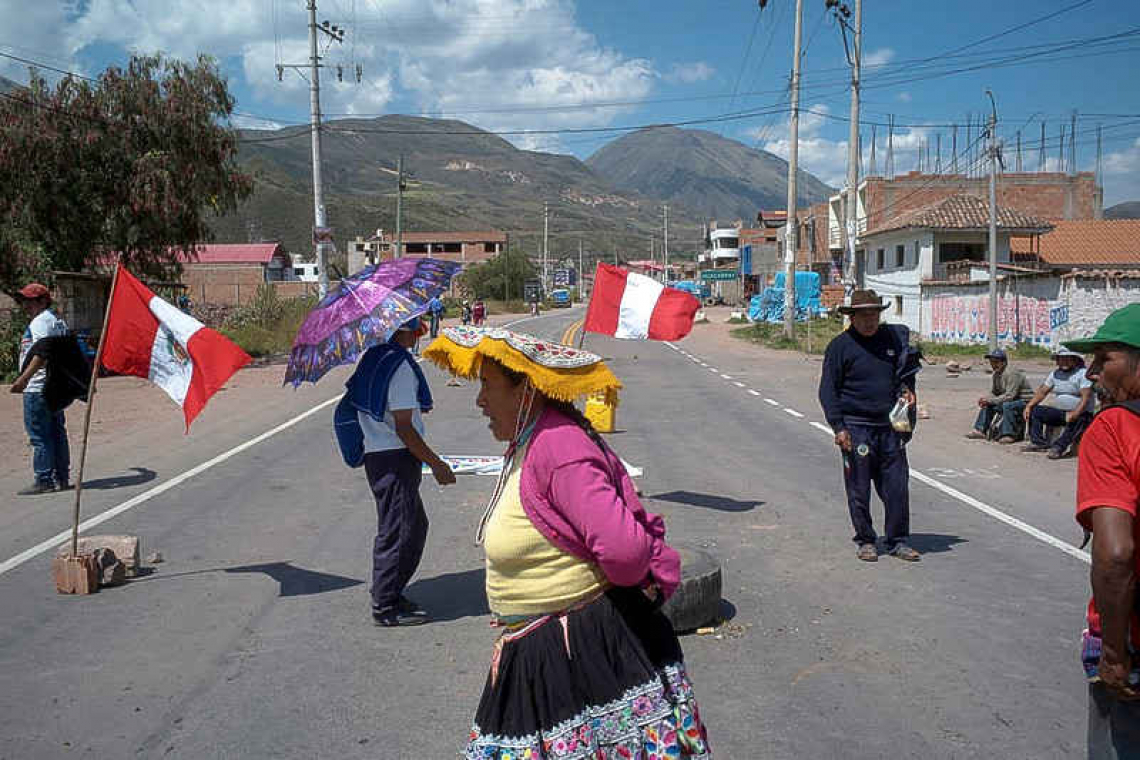 Peruvians protest in front of a roadblock in the Andean nation’s Cuzco region against a rise in the cost of living triggered by the Russian invasion of Ukraine, outside of Cuzco, Peru, on April 19. File photo credit Reuters/Alessandro Cinque.

NEW YORK, New York--A United Nations (UN) commission has increased its projection for poverty in Latin America and Caribbean for 2022, citing economic disruptions caused by the conflict in Ukraine.

Latin America and Dominican Republic poverty will rise to 33% of the population this year, a 0.9 percentage point uptick versus 2021. Extreme poverty is seen reaching 14.5% this year, 0.7 percentage points more than in 2021, according to a study published by the UN’s Economic Commission for Latin America and the Caribbean CEPAL.
Higher fuel prices and fertiliser and wheat supply problems provoked by the war in Ukraine have fanned inflation while intensifying hunger, casting doubts about the region’s growth prospects, the UN agency said.
CEPAL warned of a significant jump in people in the region deemed food-insecure.
“These levels are markedly higher than those observed before the pandemic and make the possibility of a speedy recovery more distant.”
The UN arm has recently cut its estimates for economic growth in Latin America and Caribbean for 2022, citing economic disruptions caused by the conflict in Ukraine.
The mostly Spanish- and Portuguese-speaking region is seen growing 1.8% in 2022, revised down from a prior forecast for growth of 2.1%.
Inflation in Latin America and the Caribbean more than doubled between the end of 2020 and the end of 2021, to 6.6%. CEPAL projects that consumer prices will have risen 8.1% during the 12-month period ended April 2022.
The region’s economies were seeing a slowdown this year in growth and trade even before Russia’s invasion of Ukraine in late February, as well as the persistent drag of the coronavirus pandemic.
Latin American countries face “internal contexts characterised by a strong slowdown in economic activity, increases in inflation and a slow and incomplete recovery of labour markets, which increases poverty and inequality,” the report said. ~ Reuters ~