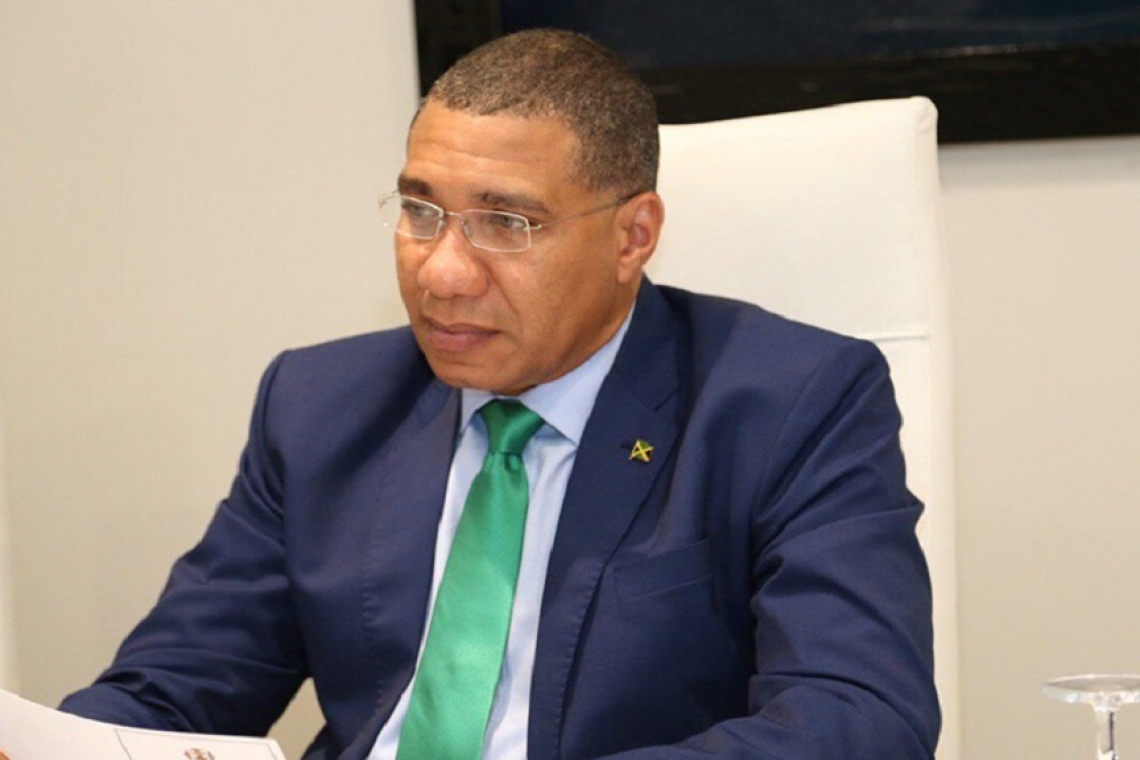 KINGSTON, Jamaica--Prime Minister Andrew Holness says there is potential for increased investment and collaboration between Jamaica and African nations, especially in agro-industry and logistics.

He said that there are also opportunities for scientific research and collaboration, as well as for investments in healthcare, technological innovation, digitisation and the creative economy.

The prime minister was making his virtual presentation to Tuesday’s first Africa-Caribbean Community CARICOM Summit of Heads of State and Government, chaired by President of Kenya Uhuru Kenyatta.

“There is potential in the agro-industry and logistics sectors, and Jamaican companies have already invested in Africa. Opportunities also exist for scientific research and collaboration, investment in healthcare, as well as in the creative economy,” Holness told the meeting in a brief presentation to the summit.

“In relation to development financing, debt sustainability and climate change, our cooperation within the Organisation of African, Caribbean and Pacific States (OACPS), Commonwealth, United Nations and World Trade Organization (WTO) remains a strong foundation for deepening integration between us. We must also use all available platforms for securing meaningful outcomes from COP26 [Climate Change Conference – Ed.],” he added.

The Jamaican prime minister pointed out that the common historical experiences between Africa and the Caribbean have been enriched by cultural, economic and political affinities.

“Potential untapped for centuries lies within our respective reaches, as we not only develop national capacities, but engage [in] opportunities for cooperation with each other, across continents and oceans. The challenges of the last year-and-a-half have reinforced the possibilities and value of the Africa-CARICOM relationship,” he noted.

He said that most critical was that Jamaica and the Caribbean region benefited greatly from the African Union’s provision of access to COVID-19 vaccines and other critical medical supplies, through the Africa Medical Supplies Platform, a non-profit initiative launched by the African Union as an immediate, integrated and practical response to the pandemic.

He, meanwhile, hailed the Africa Continental Free Trade Area as another initiative creating an enabling environment for the flow of investment and tourism.

Holness also took note that prior to the pandemic, Jamaica was pleased to have exchanged visits with African leaders, and even had plans for more visits.

“Jamaica was also pleased to receive the first non-stop flight from Lagos last December. Prospects exist for increased tourism and other exchanges between our regions, to improve economic benefits and enhance people-to-people connections. This would narrow the geospatial and psychological separation, reclaim our historical connections and celebrate ourselves as members of the African Diaspora,” he suggested.

He said that the summit was the fulfilment of the vision of Marcus Garvey, Nelson Mandela, Kwame Nkrumah, Julius Nyerere and other Pan Africanists, “who spoke of the manifest potential and greatness to be achieved from unified engagement.”

“Let us strive to fulfil their dreams, and ours, to unleash the full potential of the African Continent and the African Diaspora in the CARICOM region,” he said.

The inaugural CARICOM-Africa Summit was hosted as a virtual event under the theme “Unity Across Continents and Oceans: Opportunities for Deepening Integration”.

Kenyatta in his speech limited his remarks to two areas of mutual concern to both regions – debt sustainability and climate change, and the role of institutions like the CDB in crafting innovative approaches to financing development.

He said that debt sustainability has become a big concern for both the African Union and CARICOM countries, which are counted amongst the world’s most highly indebted nations.

He noted that the pandemic has highlighted the region’s structural weaknesses and amplified the debt problem.

“In 2020, public debt reached 70 per cent of gross domestic product (GDP) in Africa and 83 percent of GDP in CARICOM. Our regions face the unusual conundrum of striving for debt sustainability, while seeking to generate adequate fiscal resources to build with resilience,” Kenyatta added. ~ Jamaica Observer ~