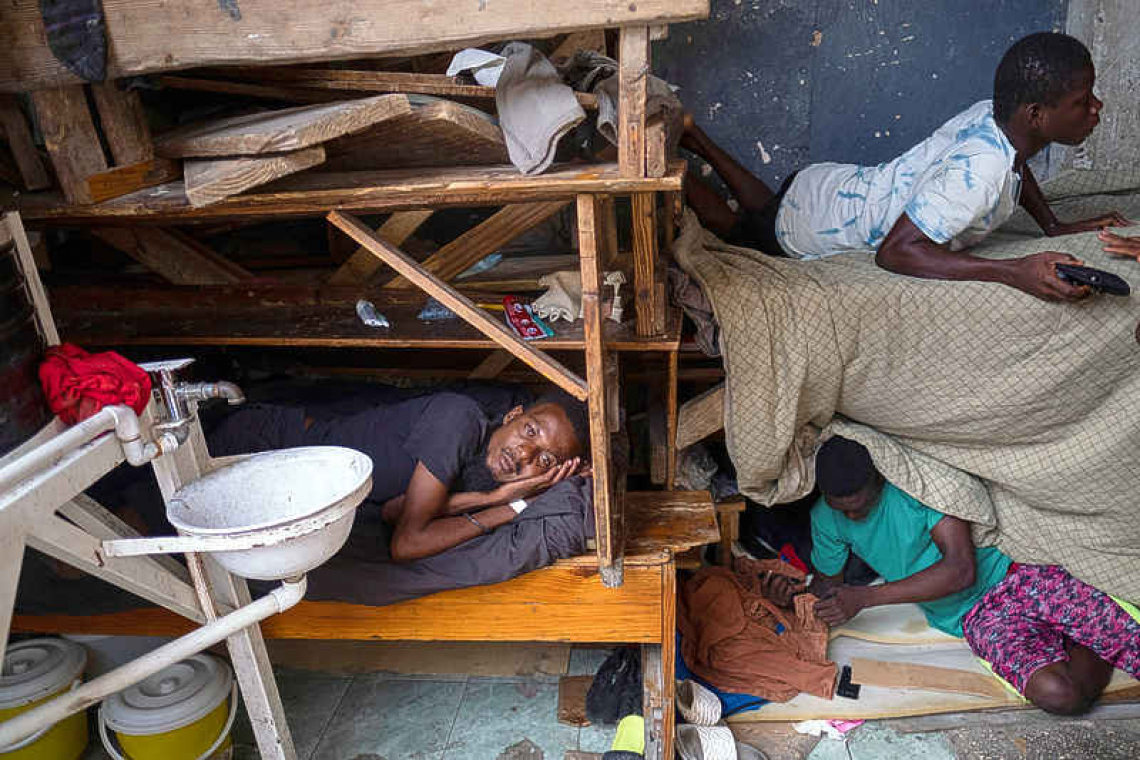 Men lie down on makeshift beds at a school where people with disabilities and their families have been taking shelter after their settlement was burned down by gangs a month ago, in Port-au-Prince, Haiti July 27, 2021.

PORT-AU-PRINCE, Haiti--Haitians displaced by gang incursions into swaths of the capital Port-au-Prince now live on the sharpest edge of insecurity in the Caribbean country, which is reeling from the assassination of President Jovenel Moise earlier this month.

Officials say thousands of people have lost their homes to creeping encroachment by violent gangs into central and southern parts of the city, where urban sprawl envelops more than 2.5 million people.

“I have got no future in this country as a young man. I am in an unstable situation, I cannot build a home, the situation is really critical,” said one youth staying at a shelter in the Delmas 5 neighbourhood of Port-au-Prince.

Like others who spoke to Reuters at the centre, which gives refuge to some 1,800 people, he declined to give his name for fear of reprisals from gangs.

Gang violence in Haiti, the poorest nation in the Americas, increasingly marred Moise’s rule before he was shot dead in his official residence on July 7. The government says the attack was carried out by a group of largely Colombian mercenaries, though many questions about who was behind his killing remain.

But the gangs are powerful and security institutions are weak. Georges Michel, a Haitian historian, said the gangs can muster a firepower superior to official security forces and are highly mobile, used to deploying guerrilla-like tactics to prey on the population and do battle with rival outfits.

“I hope that [the government – Ed.] finds a way to destroy them because they create terror in all the neighbourhoods,” he said.

Gangs have threatened to occupy the streets to protest the assassination of Moise. On Monday, one of the most prominent bosses Jimmy Cherizier, a former cop known as Barbecue, led hundreds of followers to a commemoration of the dead president.

“We never knew this situation before,” said another youth at the shelter. “This stems from the political crisis.” ~ Reuters ~