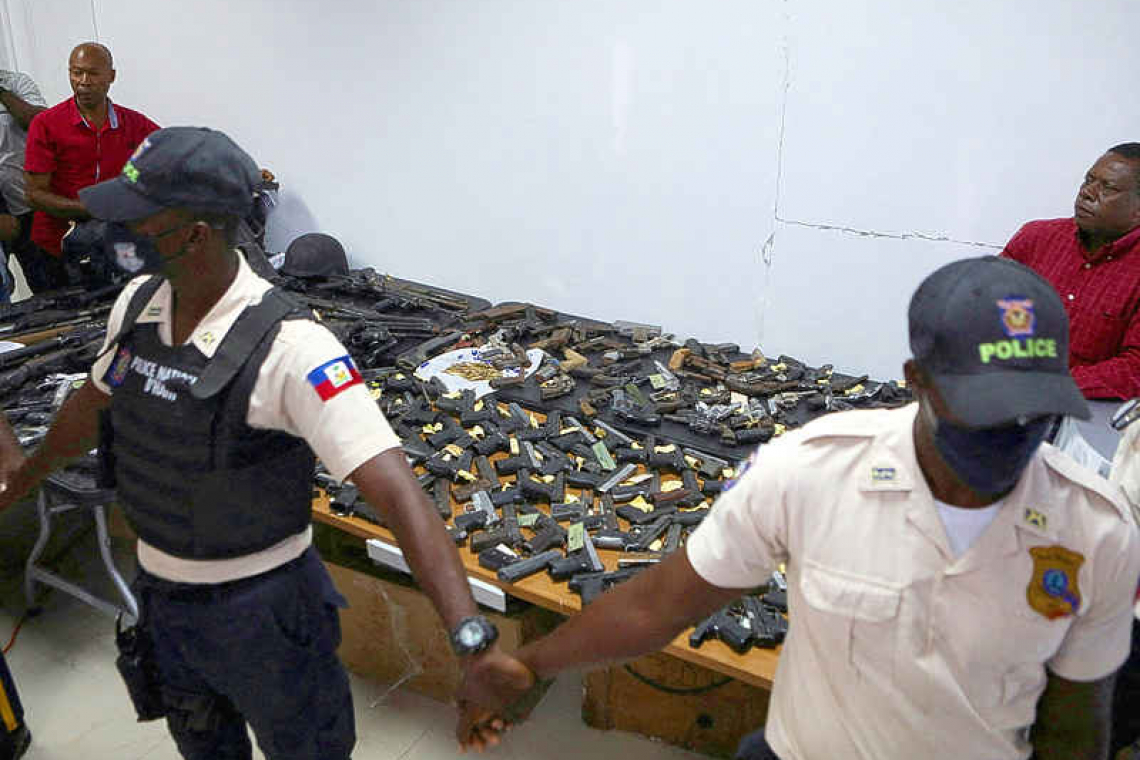 Weapons confiscated in police operations against increasingly powerful gangs are presented to the media, after at least 75 people have been killed in turf wars that broke out in late April between gangs, according to the United Nations Integrated Office in Haiti. File photo credit Reuters/Ralph Tedy Erol.

PORT-AU-PRINCE, Haiti--Haitian gang members raped women and girls and burned people alive during two weeks of turf wars near the capital of Port-au-Prince, a Haitian rights group said in a report detailing the bloody conflict.

Battles between the rival Chen Mechan and 400 Mawozo gangs left 148 people dead, the National Human Rights Defense Network said, adding some were hacked to death with machetes or died when their homes were set on fire.

“A massacre of incredible cruelty was perpetrated,” reads the report released late on Tuesday, which says government authorities failed to control the violence. “At the highest level of the state, there was no reaction.”

The Chen Mechan gang killed seven of its own members who wanted to halt the confrontation with 400 Mawozo, the report said. The rest were civilians accused of collaborating with rivals or people who have spoken out against gang abuses, the human rights group found.

In the Port-au-Prince neighbourhoods of Corridor Djo and Santo 2, gangs killed 47 people – burning 17 of the corpses and burying 30 in mass graves, according to the report.

In addition, people were burned in the streets with tires, the report said.

A spokesman for the government of Prime Minister Ariel Henry did not immediately respond to a request for comment.

Haiti’s gangs have grown in strength since the assassination last year of President Jovenel Moïse and have become de facto authorities in significant portions of the country.

The leader of the 400 Mawozo, Joly “Yonyon” Germine, on Tuesday was indicted in the United States for involvement in the kidnapping of a group of American missionaries in 2021.

Gang violence is routinely identified as the biggest problem facing the Caribbean nation, as kidnappings and shootouts lead growing numbers of people to leave the country on rickety boats in hopes of reaching the United States. ~ Reuters ~