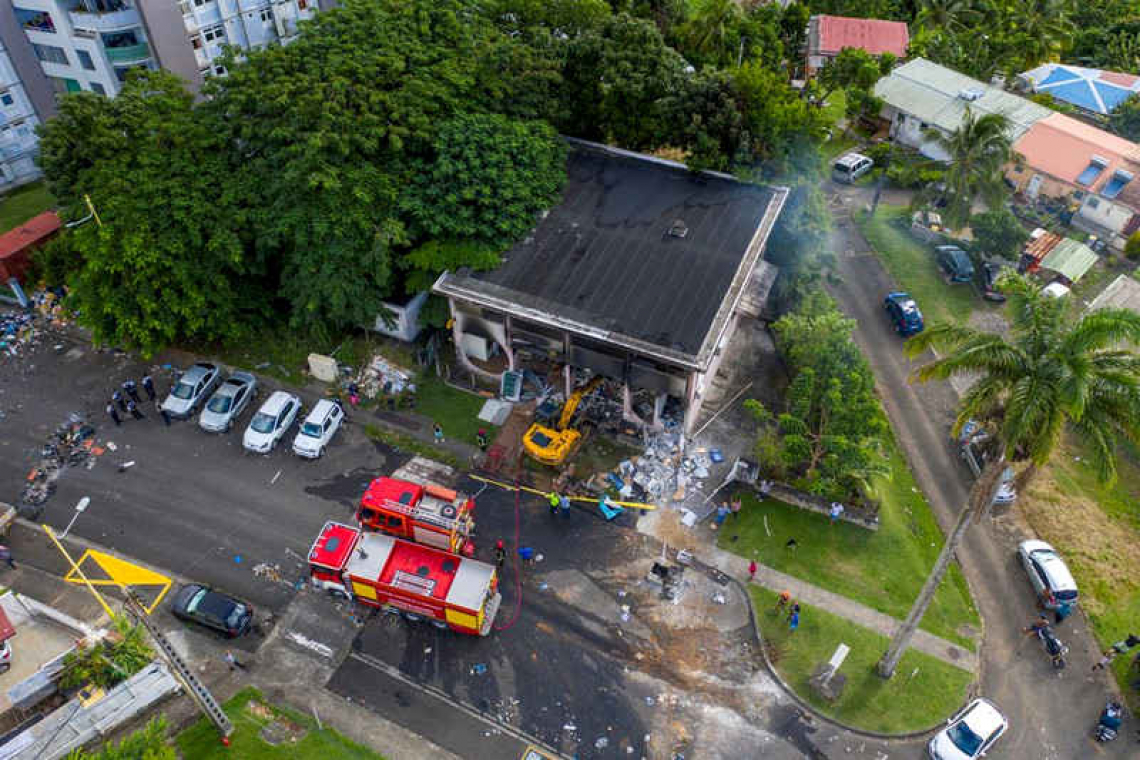 An aerial view shows a digger used to break into a post office and to rip an ATM from the wall, sitting outside in the neighbourhood of Godissard in Martinique, on November 27, after unrest triggered by COVID-19 curbs, which have already rocked the nearby island of Guadeloupe. Picture taken with a drone, credit: Reuters/Ricardo Arduengo.

PARIS, France--France’s minister for overseas territories is holding crisis talks on its Caribbean islands since Sunday, an official said, as the government looks to defuse tensions after more than a week of unrest stemming from its handling of the COVID-19 pandemic there.

“I don’t think we will return to Paris necessarily having resolved the whole crisis, but if we take things bit by bit and methodically, it will calm things and open a constructive dialogue with all the actors,” an official close to Minister Sebastian Lecornu told Reuters before the delegation arrived in Guadeloupe on Sunday.

A plan for compulsory vaccination for health workers stoked a sentiment among the majority Black population of Guadeloupe and Martinique of being excluded and marginalised from the mainland, although the same measure had already been introduced on the mainland.

The issue sparked protests and fanned longstanding grievances over living standards and the relationship with Paris. Protesters have insisted they should be allowed to make their own choices about health treatment.

On Friday, the government postponed the requirement that public sector health workers on the two islands be vaccinated, but local officials have demanded more dialogue with the central government.

In Guadeloupe, where protests began more than a week ago, there is an historic mistrust of the government’s handling of health crises after many people were systematically exposed to toxic pesticides used in banana plantations in the 1970s.

However, unions in Martinique signed on Saturday an accord with local officials and the state to begin talks on key issues ranging from health to energy prices, youth and transport.

Curfews have helped restore some calm in recent days after violence that saw stores looted and police shot at.

Lecornu said on Saturday that the government was ready to discuss autonomy for the islands.

“It’s not a dirty word in the Republic. [French – Ed.] Polynesia is autonomous today with its own laws, so the minister is ready to open the debate,” the official said. ~ Reuters ~