Farmers left to count cost as theft of crops ‘rampant’ 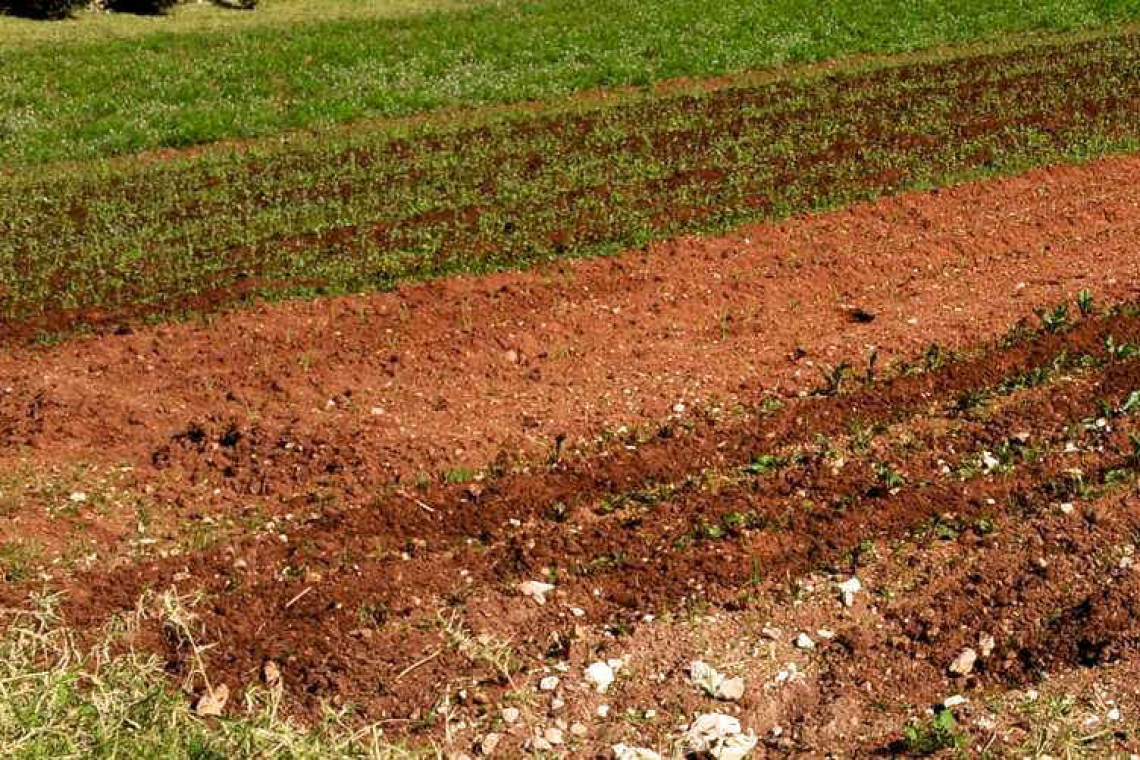 Field where crops were stolen.

HAMILTON, Bermuda--Farmers across the island have been left counting the cost after rampant thefts from their fields during the day as well as under cover of darkness.

Police are investigating a string of thefts and have warned the public to be on guard if approached by anyone selling produce who is not a known farmer or representing a farmer, as the items may be stolen.

Rowland Hill Jr., the owner of J&J Produce in Warwick, said farmers believed that their crops were vanishing into a hidden market. “Nothing is sacred at this point,” said Hill, whose gardens have been taking repeated hits. “The problem is, we can’t even find where they’re selling this off. What they’re stealing can’t be going into homes but a market. I think it’s organised – they take an order and go get it. It’s become part of life, part of doing business in Bermuda in the farming industry. It’s been bad for a long time. But it’s really bad right now.”

Hill said costs regularly ran into the thousands of dollars, with thieves leaving a trail of damage by trampling crops. He added: “If they take $50 worth, they damage $200 worth.”

Broccoli was among items taken from J&J, which Hill said was vulnerable because it operated out of plots in government-owned parks that are “really hit hard.” He said security cameras seldom yielded images of value to police. “Ninety per cent of the time they’re not caught. It comes to the point where, as a farmer, you kind of give up on reporting. It happens every day and nobody seems to get caught.”

Carrots are frequently stolen, and Hill estimated he lost the equivalent of “six or seven bags of sweet potatoes every five days.” Hill said private gardens also made easy targets. “I know a family with an avocado pear tree in the yard of their home who came out in the morning and found 200 to 300 of them stolen right off the tree.”

Tom Wadson said his Southampton farm had lost “200 to 300 pounds of bananas a week. I think there’s an underworld of people selling it on,” he said. “There’s a network.” He said he had added more fencing and gates at Wadson’s Farm. “There’s a lot of people lurking around at night. It’s rampant.”

Daniel Renaud, of DR Farms in Devonshire, said the public was under a “misconception that this is hungry people feeding themselves.” Renaud said too much produce went missing for it not to be getting sold. “It’s an absolute nuisance. It’s definitely progressively gotten worse. You have to take it on the chin.” Renaud said one of his plots, at the foot of Brighton Hill, had been pilfered of carrots last Saturday night. He added that many thefts were often during daylight hours in the public eye.

Three weeks ago, at noon on a Thursday, the Brighton Hill field was hit when a car backed into it. “By the time we got the call, they were gone,” Renaud said. “Usually it’s a bike. The camera gets a picture of the licence plate and police come back and say the bike is stolen.”

A police spokesman warned that stolen vegetables might have been chemically treated and could pose a health danger if eaten. He added: “Stealing agricultural produce, or receiving such goods, carries a maximum fine of $10,000 [US $5,000 – Ed.] or five years in prison.”

Anyone with information or who suspects they could have been offered stolen produce for sale is asked to call 211 or the main police number, 295-0011. ~ The Royal Gazette ~