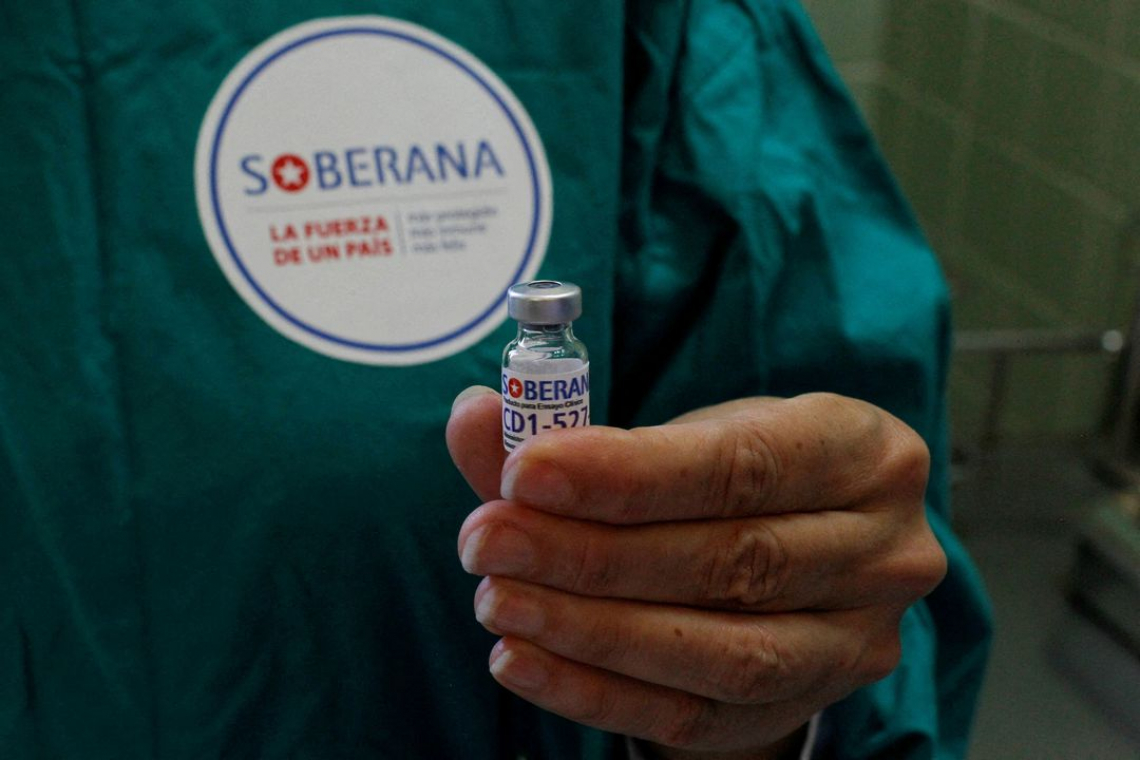 A nurse shows a dose of the Soberana-02 COVID-19 vaccine in Havana, Cuba, on March 31, 2021. Photo credit Jorge Luis Banos/Pool via Reuters.

HAVANA, Cuba--The Central American Bank for Economic Integration said it would give Cuba a loan of 46.7 million euros (US $53.1 million) to help bolster the communist-run country’s COVID-19 vaccine programme as it seeks to ramp up production for both domestic use and export.

The fresh funds will underwrite the production of 200 million additional shots, according to a statement from the bank on Monday.

Cuba, a poor Caribbean-island nation hard hit by the pandemic, has nonetheless already vaccinated more of its citizens against COVID-19 than most of the world’s largest and richest nations. Over 92 per cent of Cubans have received at least one dose of the country’s domestically produced vaccines, according to an online tally from “Our World in Data”.

Health officials say Cuba’s homegrown, protein-based Abdala, Soberana 02 and Soberana Plus shots give upwards of 90 per cent protection against symptomatic COVID-19, but those claims have yet to be fully vetted in peer-reviewed journals or by the World Health Organization (WHO).

The country’s top epidemiologists have called the WHO process for vaccine approval a “first world standard” and have said the costly process of upgrading manufacturing facilities has disadvantaged Cuba in the vetting process.

The Central American bank said in the statement the loan would also help Cuba pay to upgrade its vaccine production facilities, including those that produce other drugs as well.

The Cuban government and official media have yet to comment on the loan, which will be overseen by the United Nations Development Programme (UNDP).

The bank, backed in part by South Korea and Taiwan, is one of the few multinational lenders of which Cuba is a member. The organisation does not include the United States, which has for decades imposed an embargo and sanctions on Cuba that inhibit the country’s participation with other major world lenders.

Economy Minister Alejandro Gil in a year-end report to the Cuban Parliament said plans called for pharmaceutical exports to reach $275 million this year, “increasing by $162 million mainly due to vaccine exports.”

Cuba says it has a capacity to produce 100 million doses annually.

The country has already sold and donated them to a handful of allies such as Venezuela and Nicaragua. Another ally, Iran, began producing Soberana-02 last year and Vietnam has said it will also manufacture another Cuban vaccine, Abdala. ~ Reuters ~