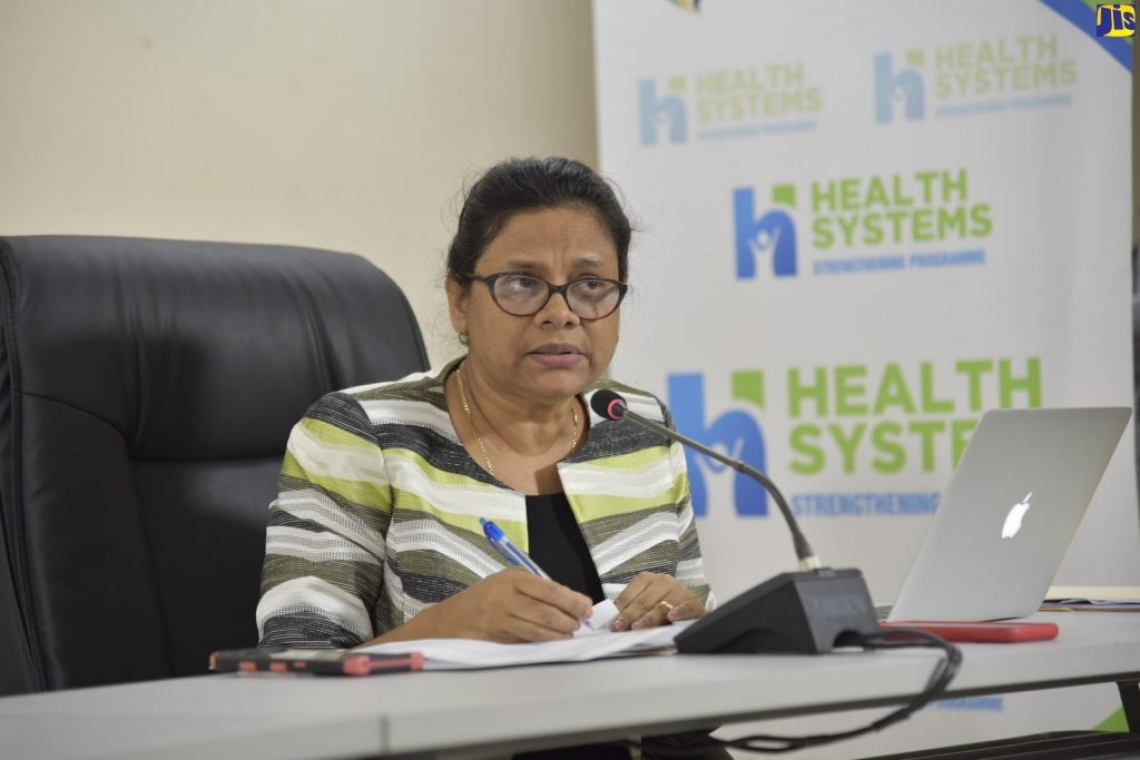 KINGSTON, Jamaica--The Ministry of Health and Wellness, facing increased criticisms over the relatively low level of testing for the novel coronavirus, says it will take all the necessary steps to ensure that its testing profile is rigorous and credible.

Chief Medical Officer Dr. Jacquiline Bisasor McKenzie told a digital media briefing on Wednesday that the testing protocol now in place is designed to pick up most cases from people who are contacts, those who have respiratory illnesses and through a surveillance programme right across the island.

“Because of the stay-at-home policy, what we have been finding is that there have been decreased visits to our health centres and to our hospitals and, as a matter of fact, I think we are seeing probably a 50 per cent fall, in some instances, in the number of visits to health centres and hospitals,” added Bisasor McKenzie during the briefing to provide the latest update on the impact of the COVID-19 pandemic on Jamaica.

Earlier, Minister of Health and Wellness Dr. Christopher Tufton announced that the island had tested 6,095 samples with five new confirmed cases on Wednesday.

Tufton noted that of the 6,095 samples tested 478 had returned positive results, 5,576 were negative and 41 were pending. Nine people who have tested positive for COVID-19 have died since the first case was confirmed on the island on March 10.

At the same time, the health minister told the briefing that Jamaica is now moving to expand testing based on the capacity in place, but Dr. Bisasor McKenzie warned that this would not be a free-for-all.

“It is not opened up to the general public … to say if you want to get tested we will test you … because we are going to see if you are the person who needs to get the test done, because essentially we want all the people who need to be tested to be tested,” said Dr. Bisasor McKenzie.

She added that the health ministry was also reaching out to general practitioners so that they could refer people who need to be tested.

According to her, the health ministry is now testing everybody who enters a hospital to see that they do not have the virus.

“In that way we are trying to keep our testing numbers credible in relation to what is the bigger picture. In addition, now that we have gotten rid of the huge backlog that we had we are also going to look at targeted groups.

“[These are – Ed.] groups that we have seen: cases and groups that are at risk, for example, our transportation persons, our security persons,” added Dr. Bisasor McKenzie.

Meanwhile, National Epidemiologist Dr. Karen Webster Kerr told the media briefing that Jamaica has done the most tests out of 14 Caribbean cases it tracks, when compared by number of tests per population.

On Tuesday, the Opposition People’s National Party (PNP) declared that it had lost confidence in the COVD-19 data reporting being provided by the government as it was not satisfied with the level of testing.

According to Dr. Morais Guy, the PNP’s shadow minister of health, the Opposition was not satisfied with the standards being used to determine who is tested, and believed insufficient tests were being done at a rate required to accurately inform decisions.

“We now have the ability to do 2,000 tests per day; then why [are] Prime Minister Holness and Health Minister Tufton failing for over a week to provide the test results for 600-plus samples Jamaica has taken?” asked Guy. ~ Jamaica Observer ~