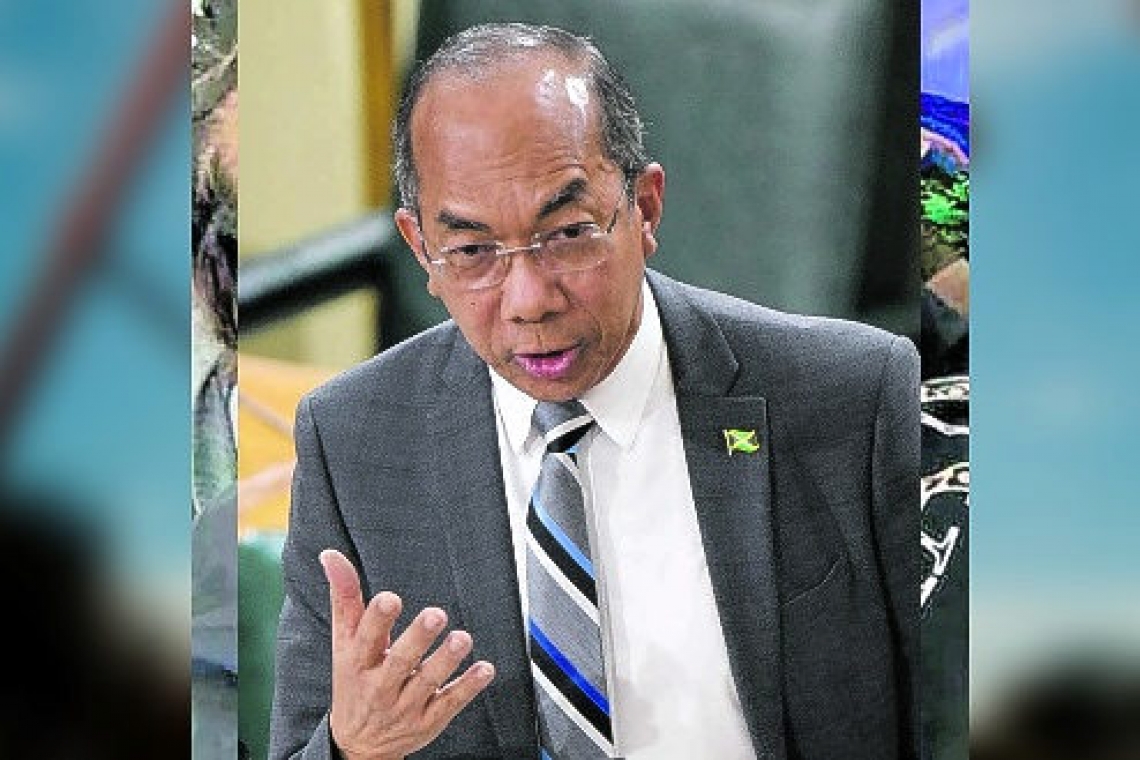 KINGSTON, Jamaica--Security Minister Horace Chang says within another week convicts within the prison system who have been issuing instructions to cronies on the outside will be moved to newly constructed cells.

Dr. Chang told the House of Representatives on Tuesday, in his 2020-21 sectoral debate presentation, that the first 24 such inmates will be moved in an effort to cripple the continuation of criminal activity from behind bars.

“We will have all the high-value criminals in a place where they can no longer give instructions,” the minister told the House.

The minister’s announcement comes just weeks after the Jamaica Observer reported that residents of a Kingston community had to flee their homes after getting death threats reportedly issued by an incarcerated “community don”. There have also been several reports over the years that orders have been given from behind prison walls for people to be murdered.

Dr. Chang did not give details, but the new cells for these high-profile criminals are expected to be equipped with technology that jams communication signals.

The security minister also announced on Tuesday that the police will be placing more emphasis on cold-case investigations, and looking more to technology as part of efforts to strengthen investigative capacity. He said, too, that the police force will be ramping up its use of DNA, forensics and ballistics analyses to help to secure convictions.

“Over the 2020-2021 financial year, the JCF [Jamaica Constabulary Force – Ed.] will advance work on several key areas, including the build-out of its technology support systems. This will include the expansion of the mart checkpoint facility, the deployment of body-worn cameras, access to [the] central database from service vehicles, expansion of the radio and microwave communication systems, and increased capacity for surveillance through the closed-circuit television (CCTV) networks,” Dr. Chang outlined. He said this robust use of technology is expected to lead to the trust and confidence of the police and the public, stressing that the JCF is now undergoing the most aggressive modernisation, restructuring and reform process in its history.

He pointed to two recent homicide cases in which the suspects were apprehended within minutes, through the use of technology-driven surveillance. “That is an example of how the improved system is going to work effectively. That is the kind of event that gives confidence in what we are doing,” he said.

Meanwhile, Minister Chang pointed out that the JCF is reporting that all major crimes are down, including murders, and that security experts believe the states of public emergency have been successful tools, along with other counter-gang, anti-crime and public-order measures that have been implemented.

He also informed the House that the legal framework for the autonomy of the Major Organised Crime and Anti-corruption Agency (MOCA) is in its final stages, and that the agency is an excellent one that has been doing “phenomenal work.”

Dr. Chang said the ministry would continue to provide all the necessary support to MOCA, while at the same time noting the calls for greater transparency. “But investigating cases is a tedious activity; you can’t go talking about a case just because you’re investigating it,” he said, pointing out that MOCA is operating as an independent, highly professional body.

The national security minister noted that over the past 13 months MOCA has brought 157 cases before the courts. This stemmed from the opening of 35 new investigations between April 2019 and March 2020. Another 68 cases are being pursued. Additionally, MOCA is actively investigating 68 cases, 21 of which are categorised as significant, according to the National Security Ministry. The majority of the investigations and cases involve financial crimes and offences which fall under the Proceeds of Crime Act and related offences. ~ Jamaica Observer ~