BUT marks 101 years with time capsule 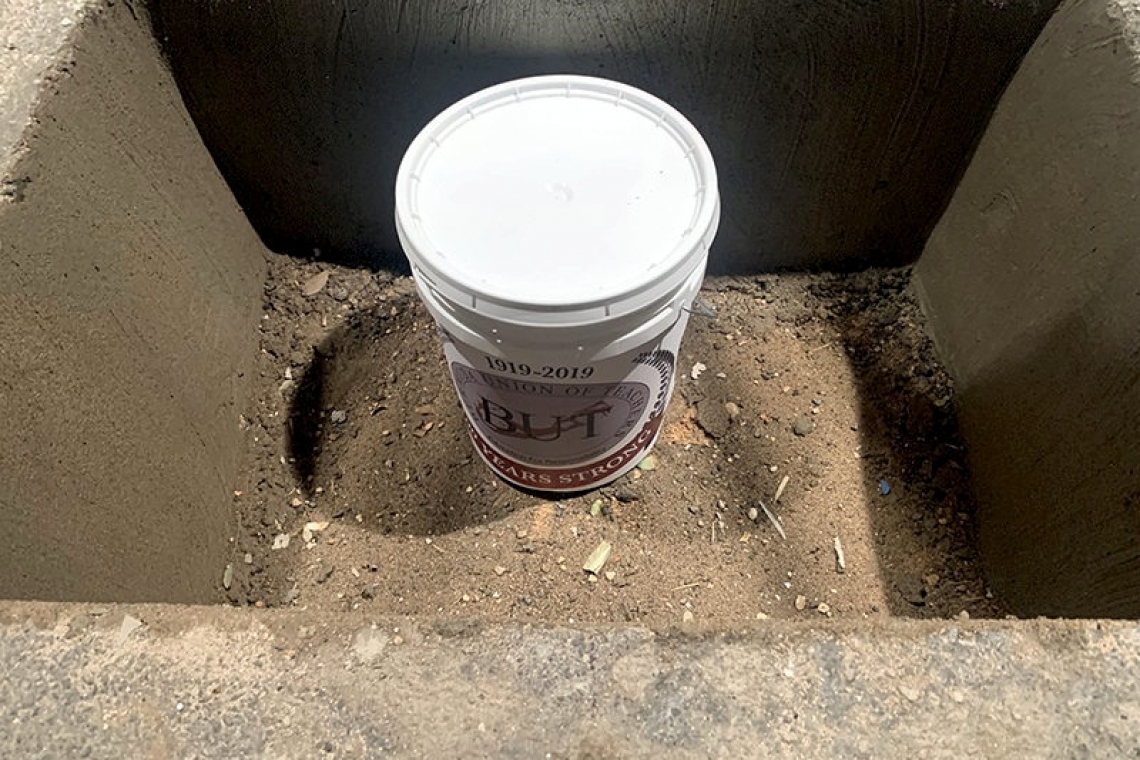 HAMILTON, Bermuda--Saturday evening marked the official close of the Bermuda Union of Teachers (BUT) Centennial celebrations.

The date, February 1, 2020, was observed with a modest ceremony at the BUT headquarters at 72 Teacher’s Place on Church Street, which officially recognised 101 years of existence for Bermuda’s most senior union.

“The BUT, which was formed on February 1, 1919, has now enjoyed over a century of victory over exploitation and disregard for the well-being of educators of all ilk within these shores, making life better for professional educators in Bermuda at every turn,” a spokesperson said.

“To commemorate these coups, which have been consistently achieved over such a notable period, a small group of union stalwarts gathered on Saturday evening to entomb a union time capsule under the entrance to the permanent BUT Headquarters. The capsule is scheduled to be exhumed in a, hopefully, similar ceremony some 100 years from now.

“Interned inside the capsule was a plethora of union paraphernalia commemorating the massively auspicious centenary celebrations, which had been stretched over two years, pictures of the current BUT Executive Committee, the current Collective Bargaining Agreement with the Ministry of Education, and various other union trinkets and keepsakes,” the spokesperson continued.

“A picture of the members in attendance on Saturday night was taken and also placed in the capsule. The ceremony itself started just after 7:00pm, with the internment happening at 7:19pm (1919 in 24-hour time) to commemorate the year the union was formed (1919).

“The short, but momentous ceremony included the blessing and internment of the items consigned to posterity, brief words from BUT President Nishanthi Bailey and BUT Recording Secretary Dante Cooper, the lowering of the capsule into the ground with the words, ‘To be unearthed 100 years from today,’ spoken by Ms. Bailey, and a glittering toast to another 100 triumphant years, which was immediately followed by an impromptu chorus of ‘Solidarity Forever’ by the staunch group that was in attendance. The ceremony concluded with the cutting and serving of a wonderful purpose-made cake,” according to the spokesperson. ~ Bernews ~