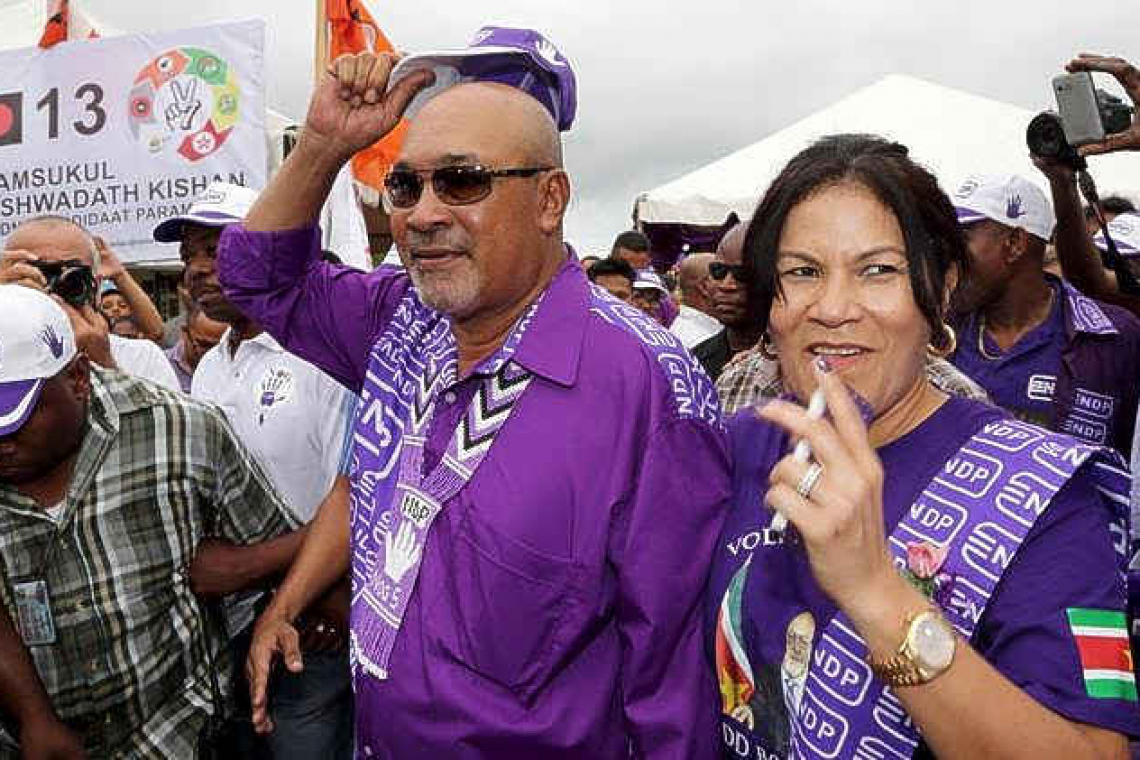 PARAMARIBO—Suriname’s court-martial again sentenced the country’s former president Desi Bouterse to twenty years in prison for his involvement in the December Murders of 1982. Bouterse, 75, was not present at the verdict due to an illness.

The judges upheld the 2019 sentence for killing 15 opponents to his then military regime. Because Bouterse had never been present during that trial, he was sentenced in absentia. He then filed an objection, forcing the court-martial to reconsider his case.

Bouterse stayed out of jail after his initial conviction two years ago and was allowed to await the handling of his objection in freedom. It was not discussed during the session on Monday whether he will be arrested now that the court-martial has upheld that decision.

The conviction itself is still not yet final. Bouterse's lawyer has 14 days to appeal and has already said he will do so. The military magistrate, who served as prosecutor, can also object to the sentence during the next two weeks.

Bouterse led a military coup in the 1980s. He is not suspected of personally killing people at Fort Zeelandia in Paramaribo and the former army chief has said he is sorry for not foreseeing this would happen.

The notorious murders did not stand in the way of his political career. Bouterse eventually became president 28 years later after his National Democratic Party won the elections. He remained in power until 2020 when his party suffered an election defeat, and his rival Chan Santokhi became the new president.

Gerard Spong, a prominent criminal defence attorney in the Netherlands, was not surprised by the outcome. Born in Suriname, he lost friends and colleagues in the Fort Zeelandia murders of 1982. He is an expert on Surinamese law and has campaigned since 2000 on behalf of the surviving relatives to bring Bouterse to justice.

"I had expected this. It was already based on an extensive default judgment with 56 pieces of evidence. There was no way to get past that,” he said. Spong expects Bouterse to appeal but called this a "stay of execution.”

Eddy Wijngaarde, brother of a murder victim and Secretary of the December 8, 1982 Foundation was disappointed. He had hoped that the judge would finally end the case.

According to Wijngaarde, this was possible because Bouterse has always invoked his right to remain silent. “Exercising the right to remain silent is an improper use of that remedy. That is why the judge could have ended this process, without giving Bouterse the opportunity to appeal again," said Wijngaarde. "I think it was a mistake on the part of the court that they did not do that."