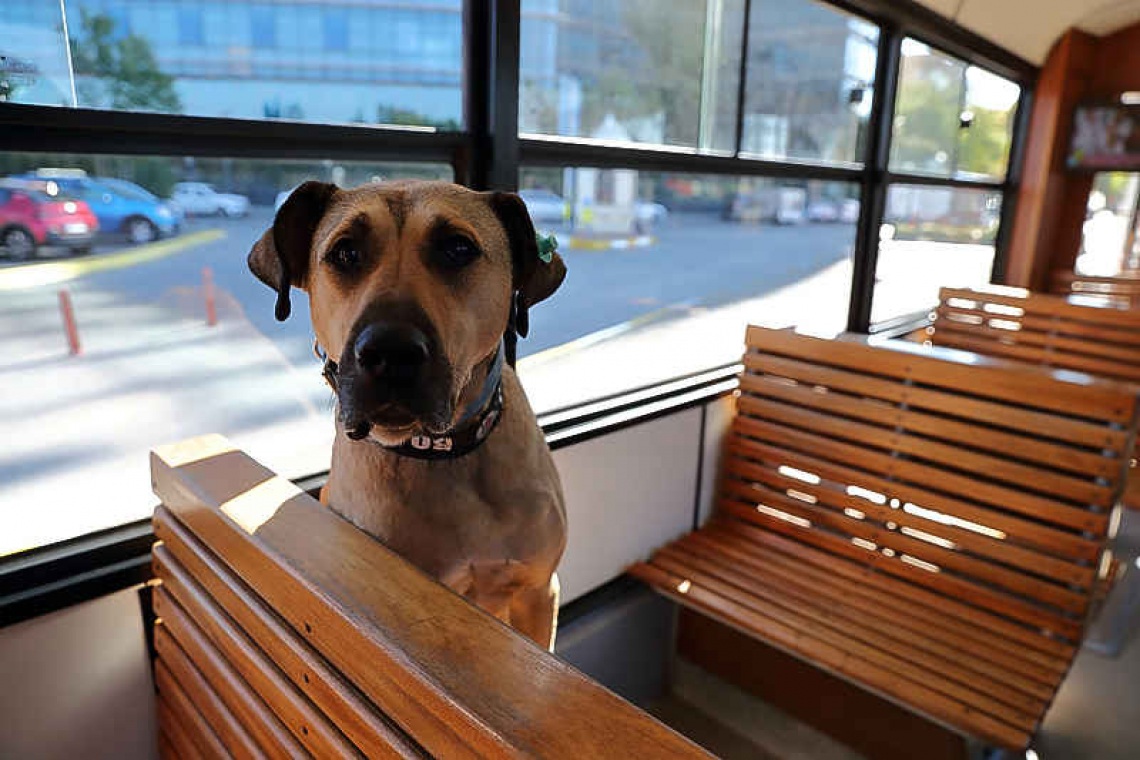 ISTANBUL--In a packed Istanbul passenger ferry between Europe and Asia, all eyes turn to one commuter enjoying the view from his window.

Boji, a street dog, has become a regular sight on ferries, buses and metro trains in Europe’s largest city. A devoted commuter, the dog enjoys long journeys on public transport, up to 30 kilometres (20 miles) on a regular week day. Istanbul municipality officials who record the dog's trips with a microchip say he drops by at least 29 metro stations a day and was even tracked at sea, taking a weekend break to the Princes' Islands off the city's coast.
With golden-brown fur, dark eyes and floppy ears, Boji started to draw attention two months ago. "We noticed a dog using our metros and trains and he knows where to go. He knows where to get out," said Aylin Erol, from Metro Istanbul. "It's like he has a purpose."
Data collected from his tracking device shows historic tram lines are Boji's favourite but he is also a frequent subway commuter. Erol says the dog respects public transport rules and waits for disembarking passengers before hopping on the train. He enjoys travelling on the middle part of a subway carriage, or boji in Turkish - hence the name which officials gave him.
Erol says he brought colour into the lives of 1.3 million commuters of the metropolis. Istanbulites post pictures of him on social media, and his own accounts have more than 50,000 followers.