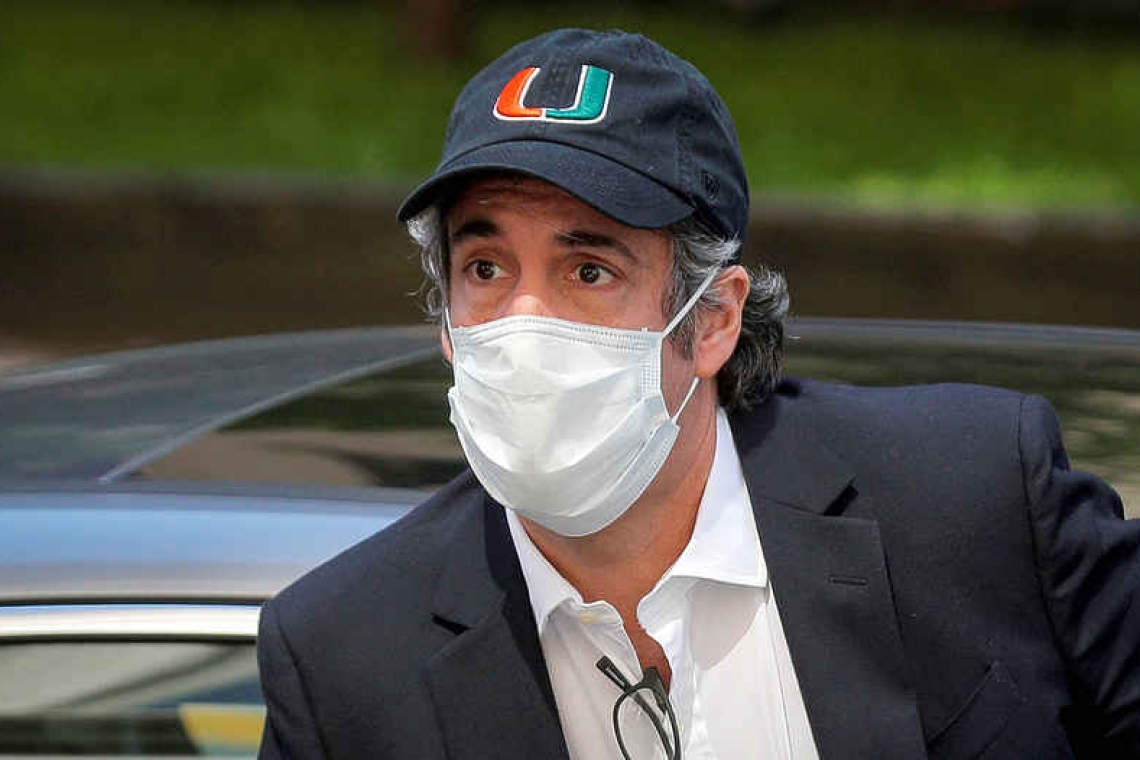 NEW YORK--U.S. President Donald Trump's former lawyer Michael Cohen was ordered released from prison and will go into home confinement on Friday after a federal judge found he was subjected to retaliation for planning to publish a book about the president ahead of November's election.

Cohen, who had been released in May, was sent back to prison on July 9 after questioning a provision in a new series of conditions U.S. probation officers asked him to sign. The provision barred him from publishing the book, engaging with news organizations and posting on social media.
U.S District Judge Alvin Hellerstein ordered Cohen released from the federal prison in Otisville, New York, about 70 miles (110 km) northwest of New York City to his son by 2 p.m. EDT on Friday.
"I make the finding that the purpose of transferring Mr. Cohen from furlough and home confinement to jail is retaliatory and it's retaliatory because of his desire to exercise his First Amendment rights to publish a book," Hellerstein said at Thursday's hearing. Hellerstein said he had never seen such a gag order in his 21 years on the bench.
During the hearing, Assistant U.S. Attorney Allison Rovner said that Cohen and his attorney had also questioned or objected to other provisions in the agreement, including pre-employment approval and electronic monitoring. She also said probation officer Adam Pakula found Cohen "combative."
The judge disagreed. "It seems to me what Mr. Pakula saying is combative is an attorney's effort to negotiate an agreement," Hellerstein said.
Cohen's lawyer, Danya Perry, called the order a "victory" for the First Amendment, which guarantees freedom of speech, and said she appreciated the judge's ruling that the government can't block Cohen from publishing a book that is critical of the president as a condition of his release. “This principle transcends politics, and we are gratified that the rule of law prevails,” she said.
In a statement after the ruling, the Federal Bureau of Prisons said it was "patently false" that the decision to remand Cohen was retaliatory. The statement said it was not uncommon for the Bureau of Prisons to place certain restrictions on inmates' contact with the media, but that Cohen's "refusal to agree to those conditions here played no role" in the decision to return him to prison nor did his plan to publish a book.
Hellerstein asked the two sides to negotiate the media provision over the next week so that "it is consistent with the First Amendment but yet serves the purposes of confinement."
For the time being, Cohen's lawyer said he would agree to the media gag order so he does not have to wait.
Cohen, who once said he would “take a bullet” for Trump, was sentenced in 2018 for directing hush payments to pornographic film star Stormy Daniels and former Playboy model Karen McDougal, who claimed they had affairs with Trump. The president has denied having the encounters and has called Cohen a "rat."