Heard insists Depp threatened to kill her: 'I'm not lying' 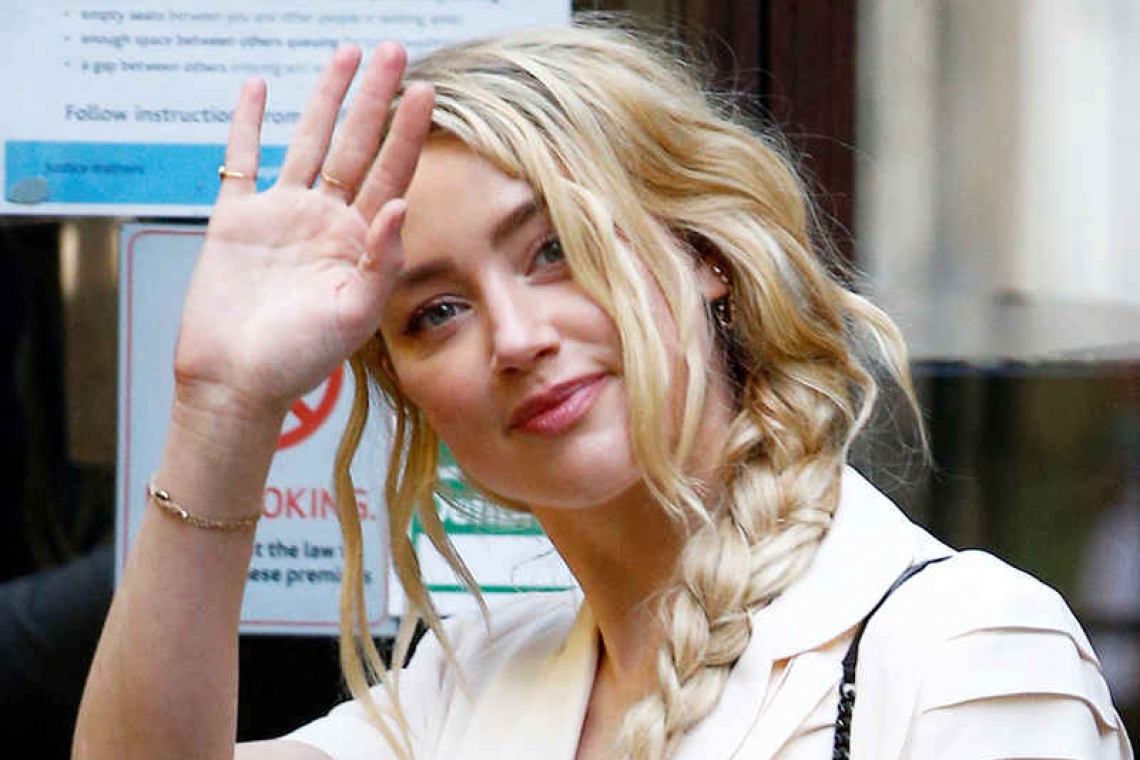 LONDON--American actress Amber Heard told London's High Court on Monday her ex-husband Johnny Depp had threatened to kill her many times during years of abuse, denying she had made up her allegations of domestic violence.

Depp is suing News Group Newspapers, publishers of Britain's Sun newspaper, over a 2018 article which labelled him a "wife beater" and questioned his casting in the "Fantastic Beasts and Where To Find Them" franchise.
The 57-year-old actor - who played Captain Jack Sparrow in the lucrative "Pirates of the Caribbean" series - told the court last week that all of Heard's allegations of physical and verbal abuse were untrue. He says her accusations are a hoax and accuses her of domestic violence against him.
Heard told the court she loved Depp but was terrified of "the monster", a violent alter ego he became when under the influence of drink or drugs, which she described as the "third party in the relationship".
In a written statement, she said some incidents were so severe that she was afraid he would kill her, deliberately or by losing control. "He explicitly threatened to kill me many times, especially later in our relationship," her statement said.
Heard, 34, said the actor would obsess about her appearance and would call her "a slut", "fame-hungry" and "an attention whore" if she wore certain outfits.
Throughout her evidence, Depp's lawyer Eleanor Laws accused her of lying, saying her account did not tally with the version of events the court had heard from Depp's friends, staff and others, or tally with medical notes.
"I don't want to call anybody a liar," Heard said when asked why the accounts were different. "I contradict them, they contradict me."
Asked whether one argument between the couple had been caused by a clash over whether Heard would sign a pre-nuptial agreement, the actress said she was "not interested in Johnny's money, never have been."
She said Depp had told her he would rip up any pre-nuptial agreement - none was ever signed - and told her "the only way out is death".
In later evidence, the court focused on an incident from May 2016, when Depp is accused of throwing a phone which struck Heard on the face. "It looked like he was throwing it as hard as he could," she said, saying it felt like her eye had "popped out". She said Depp violently assaulted her and then began to smash up their Los Angeles penthouse, swinging a wine bottle like a club and causing "tonnes of damage", smashing glass and spilling wine.
Police officers called to the scene have told the court they did not see any damage, and that Heard did not have any visible injuries to her face. Laws accused the actress of cobbling together her story with two friends, and using make-up or lighting to fake injuries in photographs she took of an injury to her eye and cheek she says Depp caused.
"Absolutely not," Heard said. Questioned as to why the injury could not be seen in one picture in the days afterwards, she replied: "Why would I pick one day and not the other?". She said if she was out she would wear make-up but two or three day-old bruises were the hardest to conceal.
Heard, who began dating Depp in 2011 and married him four years later, denied she had had anger issues or was prone to violence, rejecting accusations from the actor's staff who have told the court that she had started their fights. The court was played an audio recording in which she was heard saying to Depp that she did not punch him but was "hitting" him.
She said that confrontation had occurred at a time when Depp "vomited nightly" because of his drug binges and she was concerned he would choke to death in his sleep, saying she would sometimes remain at night outside the bathroom if he was inside. "I did have to make contact with Johnny's limbs and arms as I was trying to get through the door he was trying to close," she said.
Asked why she had not simply said in the recording that she was defending herself, she replied: "I would have got another black eye."
She said she would only have thrown things in her ex-husband's direction towards the end of their relationship when she needed to escape from him. "When I felt my life was threatened ... I tried to defend myself," she said.
Heard is due to give evidence over four days and the trial is set to conclude next week, although no ruling is expected immediately.