'Hear it from us': Netflix documentary of UK royals Harry and Meghan to air 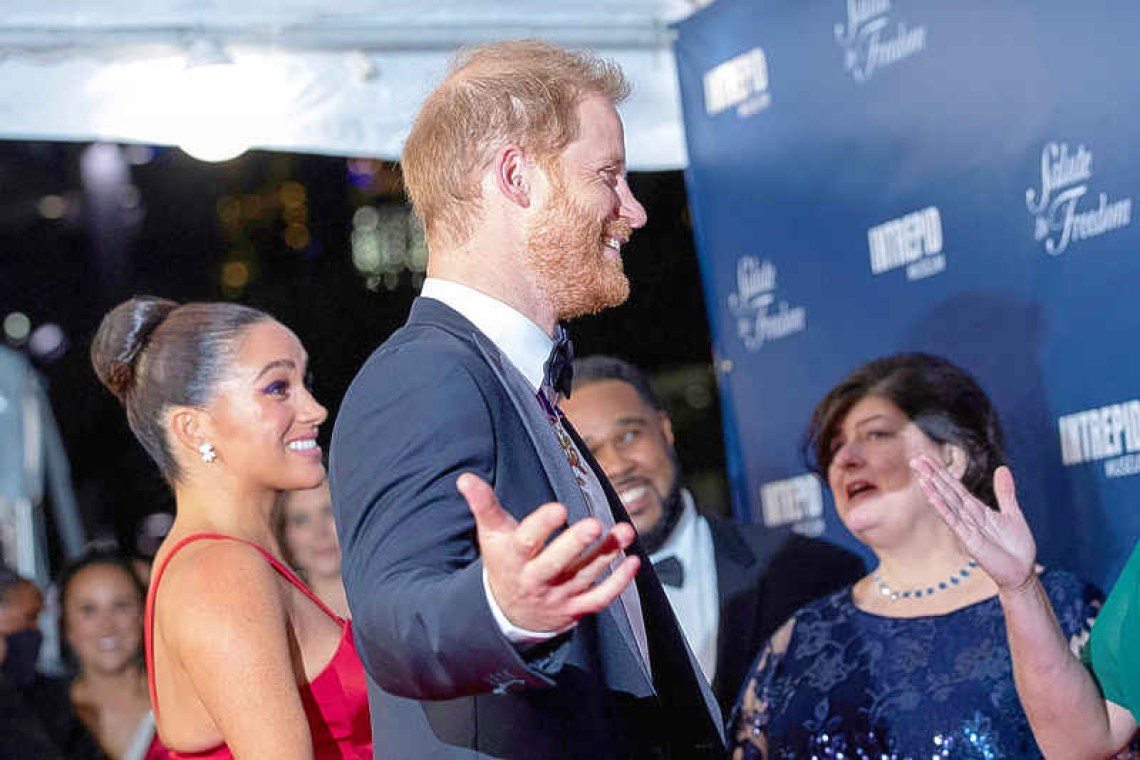 LONDON--"When the stakes are this high, doesn't it make more sense to hear the story from us?" says Meghan, Duchess of Sussex in a trailer released on Thursday for the Netflix documentary series about Britain's Prince Harry and his wife.

The first clip from the much-awaited documentary was issued ahead of the series' expected release next week, and came just as the British royals wrestle with a new race row.
Since Harry and Meghan stepped down from royal duties two year ago and moved to California they have delivered stinging criticism of the British monarchy including allegations of racism, which has led to a rift with the rest of the family, most notably with Harry's father King Charles and elder brother, Prince William. The last time Harry and Meghan opened up about their relationship with the other royals in an interview with Oprah Winfrey in March 2021, it plunged the institution into its biggest crisis of recent times, and the royals will be fearful of new damning revelations.
The timing of the trailer and the documentary could hardly be better for Netflix, with William and his wife Kate currently in Boston, and Buckingham Palace dealing with a racism row involving William's godmother. "Harry & Meghan. A Netflix Global Event", the streaming service said on Twitter. The accompanying trailer features never seen before black and white pictures of the royal couple, and also one of them at an official event with William and Kate, with all four looking grim-faced.
"No one sees what's happening behind closed doors," Harry is heard saying in the trailer. Later he is shown saying: "I had to do everything I could to protect my family."
At the end Harry is shown throwing his head back while Meghan wipes away tears.
Although no official release date has been given for the six-part documentary, media have widely reported it will air on Dec. 8. Netflix said the series would "share the other side of their high-profile love story" and explore "the challenges that led to them feeling forced to step back from their full-time roles in the institution."
The focus on Harry and Meghan comes as William and Kate make their first international trip since the death of Queen Elizabeth and with their new titles of Prince and Princess of Wales. While they are due to meet U.S. President Joe Biden during what is their first U.S. trip for eight years, the main aim is for the couple to attend an awards ceremony for the Earthshot environmental prize which William set up.
"Our number one focus... is the Earthshot Prize and we won't be distracted by other things," a source close to William said ahead of the trip.
But, it has already been overshadowed by other events. On Wednesday, the prince's 83-year-old godmother stepped down from her honorary role in the royal household after repeatedly asking a black woman, Ngozi Fulani, at a high-profile Buckingham Palace function, "What part of Africa are you from?"
Fulani, who was born in Britain and works for a domestic abuse support group, described the incident as an "abuse". Both Buckingham Palace and William were quick to condemn the incident with the prince's spokesperson saying "racism has no place in our society".
To cap a bad day for William and Kate, during their visit to a Boston Celtics basketball match, some of the crowd could be heard loudly chanting "USA, USA" when their pictures were shown on a large screen in the stadium. UK media reports said the couple also faced some boos from the crowd.