Happy the elephant denied personhood, to stay at Zoo 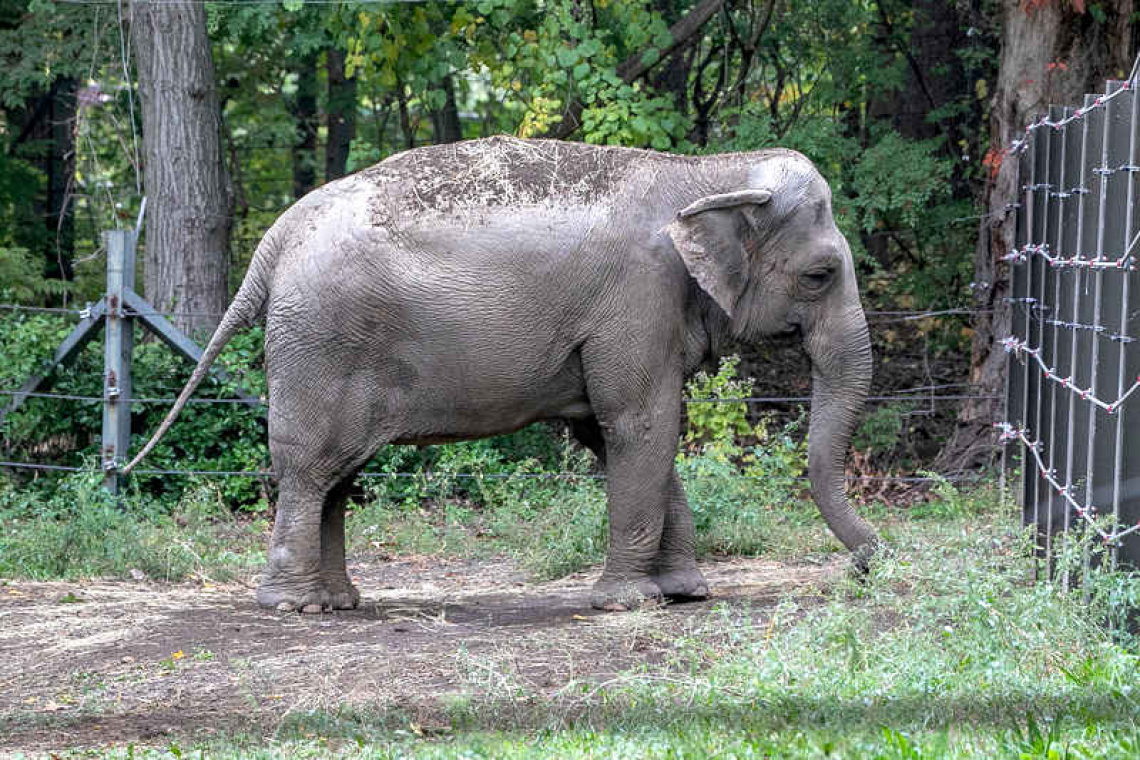 NEW YORK--Happy the elephant will stay at the Bronx Zoo after New York state's highest court on Tuesday ruled against an animal rights group that said she deserved some of the same rights as humans and should be freed.

In a 5-2 decision, the Albany-based Court of Appeals said the writ of habeas corpus, which allows people to be released from illegal custody, did not apply to Happy despite claims that the 51-year-old elephant shared many of the same cognitive abilities as humans.
"While no one disputes that elephants are intelligent beings deserving of proper care and compassion," Chief Judge Janet DiFiore wrote, "Happy, as a nonhuman animal, does not have a legally cognizable right to be at liberty under New York law."
DiFiore also said granting freedom to Happy would have "an enormous destabilizing impact on modern society" and could generate a "flood" of petitions to free animals, perhaps including pets and service animals. She said it should be up to the legislature to decide whether to grant nonhuman animals the same legal rights as people.
Tuesday's decision is a defeat for the Nonhuman Rights Project, which began asking New York courts four years ago to release Happy to one of two U.S. elephant sanctuaries. The Florida-based group had objected to what it considered Happy's imprisonment in a one-acre (0.4 hectare) enclosure at the zoo, segregated from other elephants.
The group said it would continue pushing for her release. "This is not just a loss for Happy, whose freedom was at stake in this case," the group said in a statement. "It's also a loss for everyone who cares about upholding and strengthening our most cherished values and principles of justice."
A spokesperson for the Bronx Zoo did not respond to requests for comment.
Two lower courts had previously sided with the zoo, which maintains that Happy is well cared for. In spirited opinions, the dissenting judges empathized with Happy.
"When the majority answers, 'No, animals cannot have rights,' I worry for that animal, but I worry even more greatly about how that answer denies and denigrates the human capacity for understanding, empathy and compassion," Judge Rowan Wilson wrote.