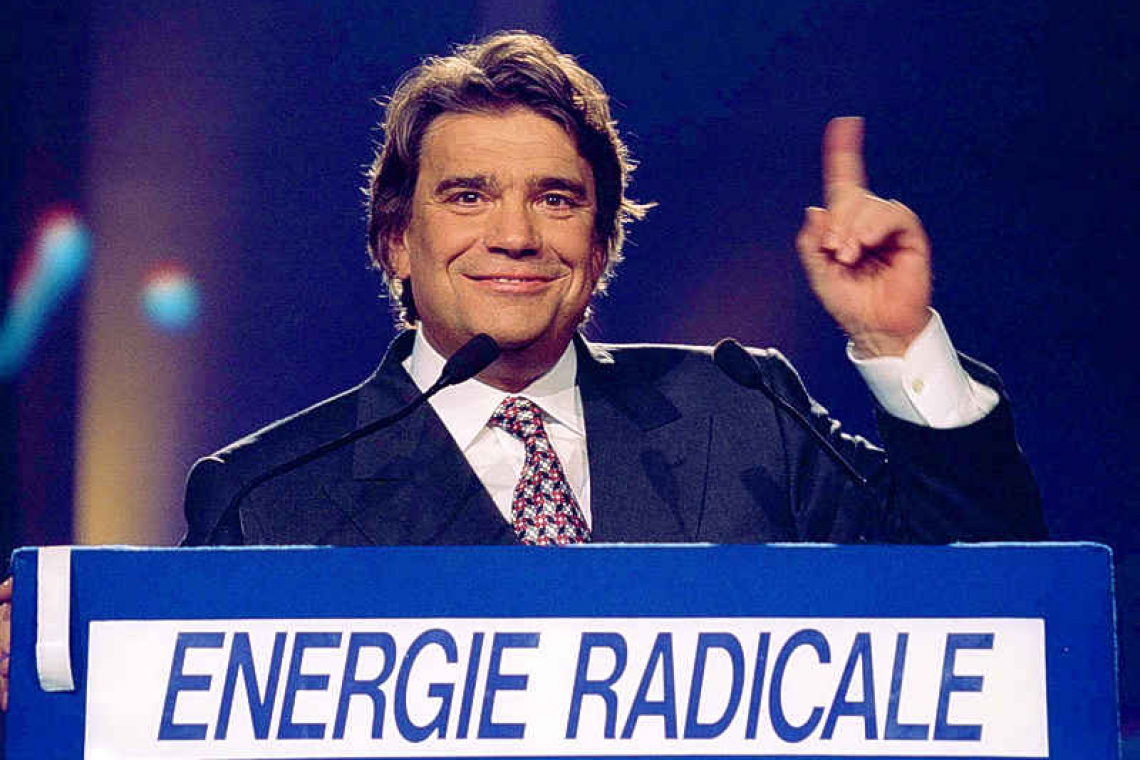 PARIS--Bernard Tapie's rags-to-riches life story of a failed pop singer-turned-tycoon who dabbed into politics, bought a top soccer club and did a stint in jail transfixed France for decades. He died on Sunday aged 78, having suffered from stomach cancer in the final years of his life.

Tapie was born in Paris in 1943, the son of a plumber, and pulled himself out of a poor suburban childhood to become one of France's richest men and buy Olympique de Marseille football club in 1986 and sports retailer Adidas in 1990. He revived the ailing club to see it win its only Champions League title and five French championships.
At the same time, the solidly-built man with thick, dark wavy hair entered politics, injecting a touch of charisma amid the grey-suited technocrats of French politics and touching a chord among young people and the working class.
He grabbed national attention in a no-punches-pulled debate with the then-leader of the far-right, Jean-Marie Le Pen, in 1989. That same year he was elected lawmaker for the first time, the start of an ascent towards the cabinet of Socialist President Francois Mitterrand's government, where he did two stints as minister for urban areas in 1992-1993.
But things started unravelling in the mid-1990s, when business woes and judicial probes started piling up. "I was rich, I am no longer. I was fashionable, I am no longer. I was president of a European championship team, I am no longer. I ran businesses, I no longer do so," he told Le Figaro daily in September 1995. "Many French people have more to complain about than do I."
In 1995, Tapie was sentenced to jail for match-fixing during his time at the helm of Olympique de Marseille. Two years earlier, he sold Adidas in what became the start of the longest and most complex of the judicial sagas he was involved in.
That Adidas saga had seen more than 20 years of probes and rulings, with abrupt twists some in his favour, some against him. Tapie had claimed that when former French state bank Credit Lyonnais had sold the stake on his behalf, the bank had made a gain at his expense.
The eclectic tycoon also tried his hand at being an actor, playing in a Claude Lelouch movie in 1996, at a time when he had just been declared bankrupt. And he became a newspaper owner in 2012, buying southern French local newspapers.
Tapie also released some pop records in the late 1960s along with a 1985 song called "Reussir Sa Vie".
Tapie set up the La Vie Claire cycling team, and while he was still involved the team's star cyclists Bernard Hinault and Greg LeMond won the Tour de France in 1985 and 1986 respectively. "When you've won the Tour de France, the Champions League, you've been minister, singer, actor ... what have I not done? I can't say I haven't been spoiled rotten by life," he told Le Monde in an interview in 2017.